Lauder will move into the corporate suite for the first time, while J&J veteran Michelle Freyre joins the company to oversee Clinique.

After 23 years of working her way up through the ranks of the company, Jane Lauder is moving into the corporate suite of The Estée Lauder Cos. Inc.

Lauder, the granddaughter of the company’s namesake founder and most recently the global brand president of Clinique, has been named executive vice president, enterprise marketing and chief data officer, effective July 1. She will report directly to chief executive officer Fabrizio Freda.

In her new role, Lauder will lead myriad groups, including global corporate marketing, business insight and analytics, and marketing and consumer-supported technology. All are areas that she was focused on as part of her lead role in the transformation initiative that Freda implemented to better position the company for the future.

“As an organization, we have so much incredible information — consumer insights, data and analytics, all of the different ways we touch consumers across so many different areas,” said Lauder. “Today, they are separate departments. In this role, I’ll be bringing them together and streamlining the organization so it’s cohesive. We will be positioned to be the best in consumer knowledge and understanding how to connect with consumers throughout the whole journey.”

Lauder’s remit also includes deepening the company’s investments in talent management, recruitment and capabilities within the marketing and engagement teams. The announcement comes at a time when her father, Ronald S. Lauder, has come under fire both internally and externally for his contributions to the presidential campaign of President Trump.

Noting that her father has long been a champion and key donor for anti-Semitic causes in his role as president of the World Jewish Congress and is also deeply committed to achieving racial justice globally, including in the Black community as well as other forms of racial and ethnic intolerance globally, Lauder said, “My father has been fighting against injustice for decades and I’m extremely proud of him. And the company has made really great commitments to speak to racial equity and take our values into consideration. Hopefully, our community and employees see our commitment that our key leaders are making as well as the entire company.”

She reiterated her commitment to the goals Lauder recently revealed in an internal memo, including reaching U.S. population parity — around 13 percent — for Black employees at all levels in the next five years, and doubling sourcing from Black-owned businesses over the next three years.

“The company has put together a thoughtful plan that hits so many different levels — not just financial donations, but in the way we are going to increase knowledge, learning and education; increase mentorship and employee engagement, and impact diversity in recruitment and talent. We are going to be super diligent about sticking to it and focusing on it moving forward,” said Lauder.

“They’re two pieces, but completely connected,” she continued. “We have to make sure we have the right product available when the consumer wants it. For example, we’re pivoting to what we’re seeing now with consumers and a higher interest in skin care and masks. Getting those early signals and being able to connect it to our supply chain is critical.

“Part of the transformation is to be leading and thinking about the future, because this whole space is moving so quickly and there is so much new technology and new ways to connect with our consumer,” Lauder added.

As an example, she cited the shift to social commerce via live chat and livestreaming during the COVID-19 crisis. “These are all areas that present opportunities for the future and how the consumer wants to connect with us,” she said.

In a statement, Freda noted that Lauder has already done such work in her role at Clinique. “She has successfully leveraged data and analytics capabilities to drive strong long-term growth at both the brand and enterprise level,” he said. “Jane’s unique combination of understanding high-touch consumer experiences, and data analytics and insight, will further strengthen our innovative product offerings and experiences for our consumers globally.”

Lauder, who has been in her role at Clinique for close to six years, called leaving the brand side of the business “bittersweet,” noting that it was her third stint there. She took over the brand during a time of upheaval, and has worked to make it more suited to the digital age, particularly in terms of distribution. When she assumed the helm, for example, 70 percent of sales were in low-growth channels, such as department stores. Today that figure is 48 percent. Clinique’s e-commerce business has been growing in the double and triple digits globally, the company said, and it ranks as the number-one global skin-care brand in terms of units sold.

For her part, Freyre is a 20-year veteran of Johnson & Johnson, where she most recently oversaw the firm’s U.S. beauty operations, including Neutrogena, Aveeno, Clean & Clear and Roc. In her new role, she will report to John Demsey, executive group president of Lauder. 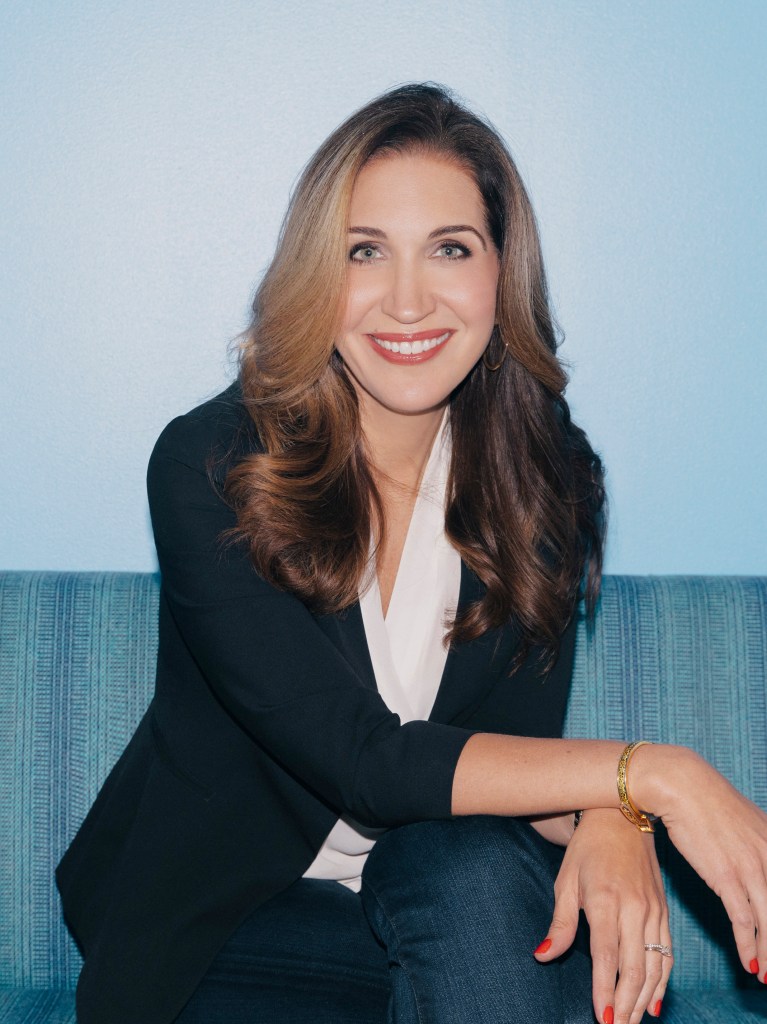 William P. Lauder, today executive chairman of the company, was the last family member to actively run the business. When asked if her new role might be a stepping stone to the corner office, Jane Lauder didn’t rule out the possibility.

“I’m so lucky to have had so many incredible bosses and mentors, and I’m very excited to work directly with Fabrizio,” she said. “Learning from the best is the best way to set me up for the best success. Part one is doing this role exceptionally well, and then we’ll see what the future holds.”