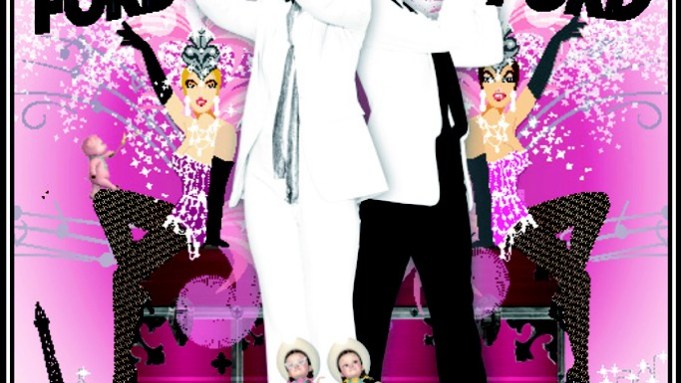 What do lipsticked pigs, dancing corn and a cross-dressing farmer have in common?

A cinematic version of the no-holds-barred wackiness that results when identical twins and Benefit founders Jean and Jane Ford are in the house, as they proved Wednesday night with their film project, “Glamouriety.” Screened as part of the Tribeca Film Festival at the Tribeca Grand Hotel, the short documentary had just one directive from the Fords: not to take itself or its subjects too seriously.

“It actually started out as a training film to show our new recruits the DNA of the brand so that we didn’t have to tell the same stories over and over to new recruits,” said Jane Ford with a laugh of the tale that starts in the twins’ Indiana hometown, wending its way through New York City and the twins’ modeling career before making its way to San Francisco.

What’s perhaps most surprising is that among a 43-minute variety show — containing everything from an overly enthusiastic televangelist named Reverend Gloria (“I used to say I had the face of a bulldog chewing on a yellow jacket,” she laments), a mannequin-head dubbed Gabbi and a McDreamy clone (whose “commercials” look to be spoofs of “Grey’s Anatomy”) named Dr. Feelgood — the only story that is fictional is that of the lollipop-wielding Dr. Feelgood. Yes, there really is a cross-dressing farmer named Ralph from Idaho who uses Benefit foundation like spackle, and the twins, as children, really did put lipstick on a pig. And if it hadn’t been for the San Francisco stripper who needed to highlight her nipples — resulting in BeneTint, the company’s first product — there likely wouldn’t even be a Benefit today.

“She came in right off the stage and asked us for something to stain her nipples with,” said Jean Ford, laughing as she remembered hours of boiling rose petals to come up with the perfect concoction. “In those days, you didn’t really have to worry about the FDA.”

The film will be screened for Benefit associates globally, with stops to include Shanghai, Sacramento, San Francisco and Los Angeles, in addition to New York — and, after being screened by LVMH Moët Hennessy Louis Vuitton chief Bernard Arnault, is expected to be screened at the Cannes Film Festival. It was co-directed and co-written by Legs Media Inc.’s Georgie Greville and Geremy Jasper, who said, laughing, they shot nine hours of film for the 43-minute film. Adam Joseph, also of Legs Media Inc., and Frank Brooks executive produced the project: Mike Andrews and Daniel Mabe joined Greville and Jasper in writing the project and Ken Seng served as director of photography. The film was said to have cost $2 million to produce.