"I love the idea of the brand being in different parts of the house," Atkin said.

Jen Atkin wants Ouai all over your body — and eventually, your home, too.

The celebrity hairstylist and founder of the popular hair-care brand has been slowly expanding it beyond the hair category for some time. The brand has launched a handful of one-off collaborations, including ones with Summer Fridays and Calpak, and earlier this year added fragrance to its permanent lineup. Upon revealing that the company would bring back the two scents, Melrose Place and North Bondi, for good, Ouai drew a 20,000-person wait list, which contributed to its biggest sales day on its web site since it launched three years ago.

Atkin has plans to expand Ouai even further, starting with body care. Today, the brand unveils two body products: a body cleanser, $28, and a body crème, $38. The company previously launched dual-action hair and body products, though the new additions are the first body-specific stockkeeping units Ouai is introducing, bringing its product count to 40. 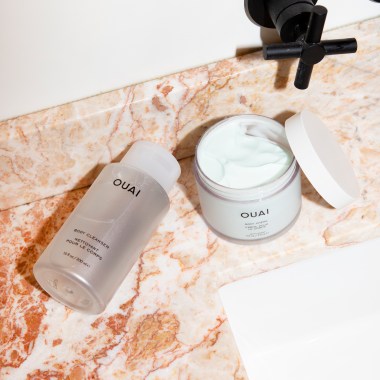 “I would have never imagined that we’d be in body in year three,” Atkin said from a couch in her Los Angeles living room. Hours before, she and Ouai hosted a period packing party that coincided with news that the brand had donated $20,000 to Period.org. Atkin’s home is noticeably uncluttered, calm and plastic-free. Silver mini Swell bottles take the place of single-use plastic water bottles in the fridge. Byredo candles burn in multiple rooms and in the foyer, Roo, Atkin’s dog, plays with a Glossier dog toy.

“What’s exciting is, even outside of our brand, everyone’s coloring outside of the lines,” continued Atkin. “You’re not stuck with those boundaries. Although we started out as a hair-care brand, it’s been fun for us to have success in other categories. It’s given us the confidence to venture out.”

In 2018, Atkin named Colin Walsh, formerly chief executive officer of DevaCurl, as ceo of Ouai. Over the past year, Walsh has both grown Ouai’s team and helped Atkin plot future expansion plans.

WWD reported in 2018 that Ouai was on track to reach $23 million in sales for that year. Both Atkin and Walsh declined to discuss current sales, but industry sources estimate the business will double in 2020.

Body likely comes as no surprise to Ouai’s digitally native customers, who have been asking for body-specific products on the brand’s social media. Ouai often uses Instagram’s poll feature to gauge exactly what products its following wants next.

“I was so psychotic that even before the poll feature existed on [Instagram] Stories, I would just ask and literally sit there on my napkin and tally what people would vote,” Atkin said.

Body, she continued, was among the top five requests she received and is a more inclusive category than hair, as people generally seek the same end result, i.e. hydration. “Hair is a little bit trickier because certain products will only resonate with people of certain hair types,” she said.

Atkin herself is a beauty junkie — “I try everything that comes in,” she said, referring to press packages she receives — and to her, scent is perhaps one of the most important aspects of a product. Both of the new body products incorporate new scents, for which Atkin worked with Givaudan.

“I knew they did Tom Ford, so I was like, OK, we got to work with Givaudan,” she said. 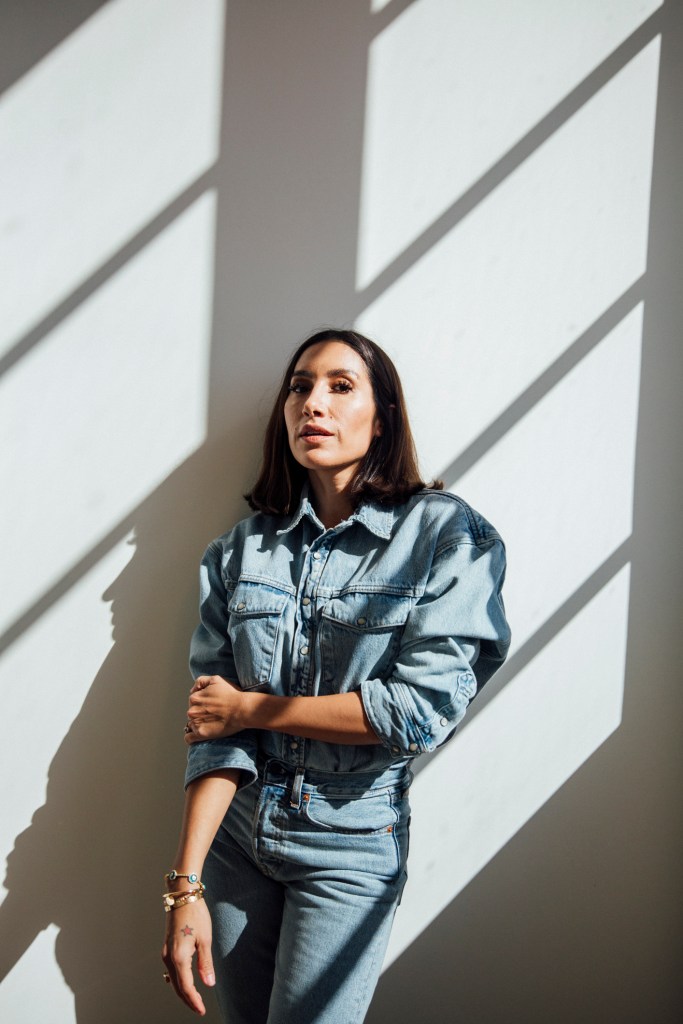 It’s likely both scents will make their way into Ouai’s fragrance extension, which has been highly successful for the brand. Ouai first introduced the category in 2017 with a limited-edition rollerball set that sold out in six days. In 2018, the brand again sold out of a full-size limited-edition set, this time in three days and with five times the amount of inventory. Ouai’s full-size fragrances are now bestsellers and are among the top 10 fragrances at Sephora.

Hair, body, fragrance: what next? Lifestyle. Both Atkin and Walsh hinted that new launches are to come in the lifestyle category — and beyond.

“We were born as a brand focused in hair, so we will always need to develop and expand our expertise and innovation in hair,” Walsh said. “Our excitement in fragrance and body and hopeful success in those categories can lead us to other lifestyle moments and opportunities to participate in a woman’s life. You can imagine wellness is a category we could be in, prescriptive hair care and needs is a category we could be in. We’ll always commit to our base and expand to the categories where we think we can make a meaningful difference in a woman’s life.”

Hair remains the main focus for Atkin, who recently launched a Creator Collective highlighting celebrity hairstylists on her Mane Addicts web site. Still, she and the Ouai team have “a lot of discussions” about expanding into the lifestyle category.

“I love the idea of the brand being in different parts of the house, expanding outside of the bathroom,” she said. “At the end of the day, the brand’s whole ethos is about helping make your life easier. We’ve always been that from Day One.”

“Our social,” she continued, “is mostly women, [aged] 18 to 35. So if you think about that [demographic], what does that look like in three years, four years, five years? There’s so many things you’re going to need as you get older. We’ll probably be doing antiaging pills pretty soon at the rate I’m going — I’m just kidding. Pills to help you with after your face lift.”

The Trendiest Beauty Services of the Last 15 Years, According to Yelp