Jenna Lyons is trying her hand at false eyelashes — and she’s doing them the Jenna Lyons way.

The former president and executive creative director at J. Crew Group Inc. has been quietly working on a new venture for a year and half. After a 27-year run at J. Crew that ended in 2017, Lyons began exploring opportunities in beauty. Today, she reveals the launch of LoveSeen, a direct-to-consumer company specializing in false eyelashes.

The concept for LoveSeen was inspired by Lyons’ own lack of eyelashes — a side effect of a genetic disorder called incontinentia pigmenti. Lyons co-created the brand with Troi Ollivierre, former J. Crew makeup artist and founder of Troi Ollivierre Beauty.

“What was available was pretty bold in terms of the eyelash landscape,” Lyons told WWD via Zoom. “I’m obsessed with beauty bloggers and watching them transform themselves, but I also love a simple, red lip and a cat eye.

“Eyelash extensions are expensive, hard to put on, they are definitely not available in COVID-19, they take two hours [to apply] oftentimes and they can start to pull your eyelashes out if you are playing with them — which, the one time I had seven of them put on, I pulled them all out,” she continued. “We thought maybe there was something here we could do.” 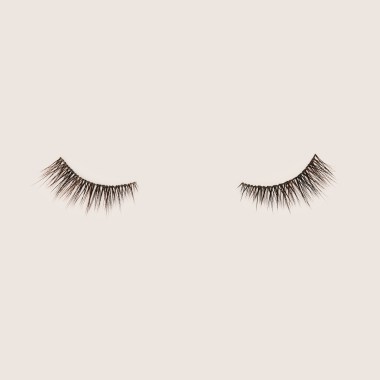 LoveSeen will bow with 10 styles priced at $22 each. It is backed by Magnet Companies, a private equity-backed holding company founded by media and technology executives Betsy Morgan, Jeff Berman and Brett Bouttier, former president of media company Awesomeness, who is billed as a cofounder of LoveSeen.

Popularized by Instagram and Snapchat filters, as well as beauty influencers, sales of false eyelashes picked up in 2018 and have continued to grow during the coronavirus pandemic. Sales of the category are up 14 percent in average week-over-week growth post-lockdown, according to data from the NPD Group.

False eyelashes tend to have a dramatizing effect that can complement a heavier-handed, fuller coverage makeup aesthetic. But those who prefer a more natural, less altered look tend to opt for individual false eyelashes — or end up trimming existing ones to their liking. Lyons and Ollivierre did the latter with LoveSeen. 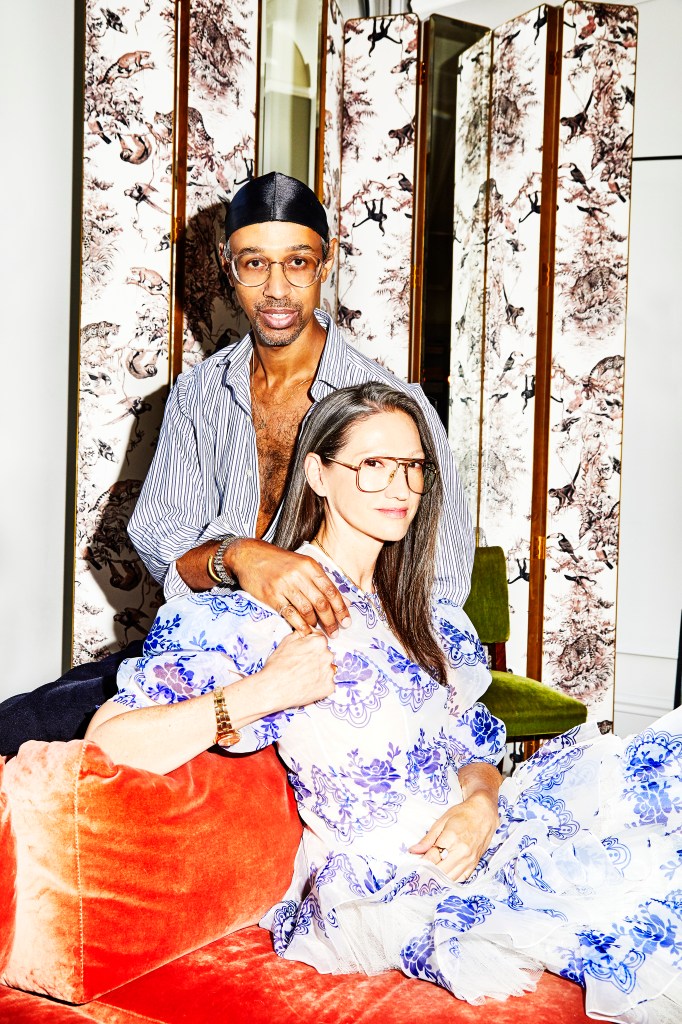 After calling in samples from a laboratory in Jakarta, Indonesia, the duo began customizing them to their liking.

“I call it the strand by strand method,” Ollivierre said by phone. “We cut chunks, little strands and added one here, subtracted one, tried it on a model and then tried it on someone else. We had them all taped and glued together and literally were trying to take them off the person so they didn’t fall apart.”

“We basically made them on people,” Lyons said. “It’s almost like a fitting. It’s probably a weird way to do it, but it’s the only way I knew how to work from my own experience.”

LoveSeen lashes are made of nylon and polyethylene terephthalate. They are packaged in a biodegradable tray made from unbleached bagasse, aka sugarcane pulp. The tray sits inside of a lash pack made of post-consumer-recycled cardboard and uncoated paper printed with soy-based ink. A circular window, made from post-consumer-recycled plastic, allows for a view of the lash inside.

Each package comes with one of five collages created by artist Karen Lyons, who is of no relation to Jenna Lyons.

“I feel like every time I open a box, 17 things fall out and I end up just walking over to the trash and throwing them away,” Lyons said. “I was hoping maybe somebody might think [a collage] is cooler and put it on their wall.”

For the campaign, Lyons and Ollivierre hired a diverse cast of models who range in ethnicity, age and eye shape. The last of these played an integral role in crafting the lashes, all of which carry a four-letter name. The Jack lash is a “subtle flirt,” while Noor is “drama in a good way,” according to press materials.

“We had to find the consensus of what worked for quite a few people,” Ollivierre said. “[We worked] with someone with a heavier lid, someone with a monolid, someone with downturned eyes, different types of eye shapes and skin colors. Someone who’s fair-skinned, when you put a black lash on them, it’s very detectable. We were trying to give you something between a lash extension and thick lashes — but not so much that right away, someone [can tell they are fake].”

The name LoveSeen arose from a Zoom brainstorm in which Lyons misinterpreted a comment from one of her partners.

“We were bouncing around names and one was Seen,” she recalled. “One of our partners goes, ‘Oh, I love Seen.’ I was like, ‘Wait, LoveSeen.’ It’s a play on a love scene.”

Though she is confident it is the right time to launch, Lyons expressed uncertainty about how LoveSeen will perform. On the one hand, pandemic-mandated protective face masks draw greater attention to the eyes.

On the other hand, COVID-19’s impact on consumer spending, coupled with an upcoming election season, presents for what she summed up as “a strange time.”

“We are in a hope and a prayer right now. We feel excited that we are presenting something to the world that is about your eyes because you still can see someone on a Zoom call and above a mask,” Lyons said. “But I think a lot of the things people wear [false eyelashes] to are events and weddings, and none of those things are really happening right now.

“What I’m hoping to get in this business’ early stages is feedback,” she continued. “[I want to] make sure we’re servicing people and doing a good job of presenting the product and filling holes — because I’m sure we’re going to have holes. You never get it right. There’s going to be some needs or requests for additional things. That’s how it works. That’s what we’re going to focus on in the first year.”