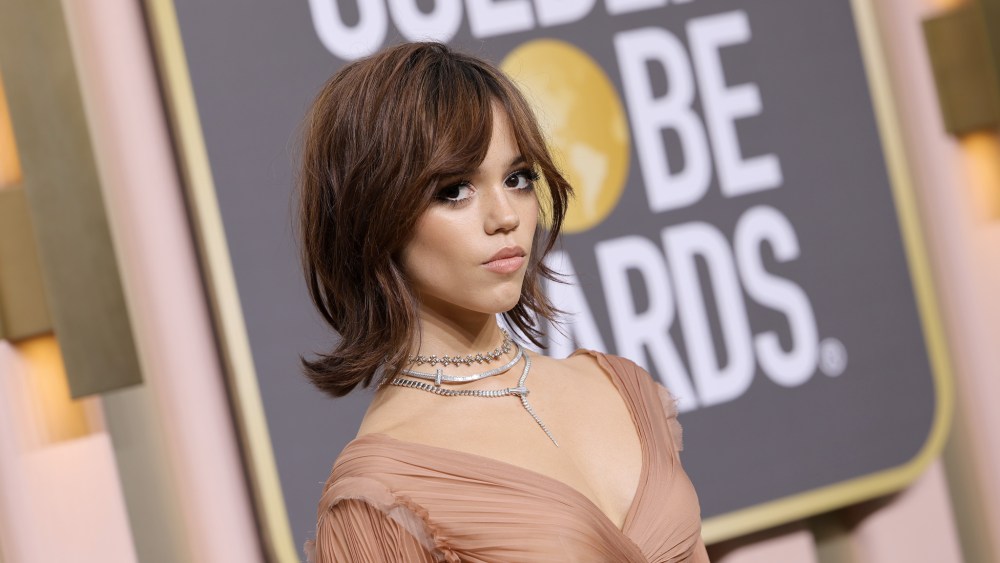 After dominating social media in recent months, the wolf cut has arrived on the red carpet.

The tousled, layered take on the mullet was seen on rising Hollywood star Jenna Ortega, who plays the titular role in Netflix’s “Wednesday,” at the 80th annual Golden Globe Awards ceremony on Tuesday.

Celebrity hairstylist David Stanwell executed Ortega’s shaggy lob, which the fledgling actress first debuted in December in a guest appearance on “The Tonight Show,” coupled with a new auburn hue.

Other celebrities, too, have taken to the hairstyle, including Doja Cat — who often generates buzz with her evocative beauty choices — and Miley Cyrus, who has dabbled with the look more than once in recent years, and most recently flaunted it during her performance for NBC’s 2023 New year’s Eve TV special.

While the hairstyle’s recent resurgence has seemingly propelled it to new heights (data provider Spate reports searches for wolf cuts increased 20.9 percent in 2022 versus the year prior, garnering an average of 221,900 Google searches monthly), the look has ‘70s roots.

“I was doing wolf cuts before they were called wolf cuts,” said David Cotteblanche, stylist at Fekkai Soho Salon, noting the style saw yet another comeback in the early aughts. “The style is a combination of the ’70s shag and the ’80s mullet.”

One of the hallmarks of David Bowie’s on-stage alter ego Ziggy Stardust was his bright red coif, an extreme version of the wolf cut accomplished by hairstylist Suzi Ronson that featured extra-short layers up top.

Jane Fonda, too, sported the heavily-layered shag and choppy front fringe in her role as Bree Daniel in the 1971 film, “Klute,” for which she won the Oscar for Best Actress. Fonda stuck with the hairstyle — which is further immortalized in her infamous 1970 mug shot — through much of the ‘70s.

Today, the #WolfCut hashtag on TikTok has 2.6 billion views and counting, with users uploading videos of themselves DIYing their own wolf cuts, showcasing how the androgynous style looks on different hair types and advising on best care practices for the cut.

“Everything is cyclical — it makes sense that coming out of lockdown, people are shifting toward a style that’s more edgy, that makes more of a statement,” said Kristan Serafino, founder of men’s grooming brand, The Best Paste, and celebrity hairstylist to the likes of Ryan Reynolds and Hugh Jackman.

“What the fringe does is it enhances the eyes — you can think of the ends of hair strands as arrows, and they’re pointing to features on your face. By opening up that neck, you’re also opening up the face and drawing attention to that cheekbone and eye area,” Serafino said.

Here, a look at different celebrities’ unique takes on the cut, from Jenna Ortega to David Bowie.