Jeremy Lowenstein, formerly vice president of global marketing and product development at Sally Hansen, has joined Kopari in the new role. There he will oversee global brand strategy, including marketing and innovation. 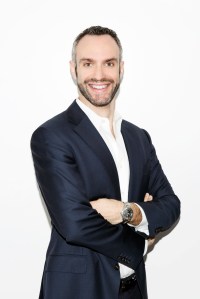 For Lowenstein, Kopari provides a chance to apply his corporate skill set to a fast-growing indie brand. “Their direct-to-consumer business is just on fire,” he said. Lowenstein will focus on growing that channel, as well as building out relationships for the brand in brick-and-mortar retailers, he said.

“I want to build and elevate a global expansion plan that’s really multipronged. Everything they’re already doing, but how do you do it better and in a bigger and more impactful way,” Lowenstein said. That will include building out all digital channels, including Facebook and Instagram communities, as well as fueling “innovation with purpose,” he said.

“Everything with the foundation around sustainably sourced coconut oil and how do you drive that ingredient story into all the products that they do and make sure that they’re meaningful to our consumers,” Lowenstein said.

Innovations like deodorant, which launched recently, can and have provided the brand with an access point to potential new customers, he noted. “The new acquisition of consumers to the brand is just phenomenal,” he said. “It’s unexpected. The growth of personal care, whether it was the oil pullers that were launched in December or the deodorant, these are ongoing replenishable items that really speak to the consumer and they are going to use on a more regular basis than other beauty products we think of.”

During Lowenstein’s time at Sally Hansen, which is owned by Coty Inc., he relaunched the brand and developed a strategic roadmap to grow the business in key global markets. He has also worked for Estée Lauder-owned Aveda, where he was part of the marketing department.

Kopari is backed by L Catterton, which took a stake in the business in 2017. As part of that capital infusion, several celebrities also invested in the brand, including Hilary Duff, Ashton Kutcher, Mila Kunis, Karlie Kloss and Shay Mitchell.

Beauty by PopSugar to Launch on QVC