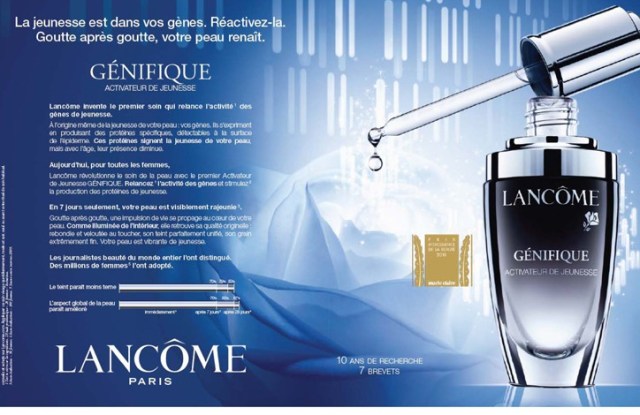 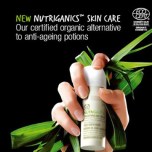 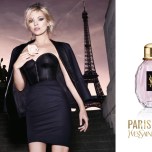 PARIS — Buoyed by strong first-half results, L’Oréal is emerging from the economic crisis, according to chief executive officer Jean-Paul Agon.

“We have returned to organic growth and are conquering global markets at a faster pace,” he said, speaking to financial analysts and journalists Thursday morning at company headquarters in the Paris suburb of Clichy, France.

“The results for the first half have been extremely positive from every point of view. Once again, the world cosmetics market is growing,” continued Agon, who estimated it’s developing by about 4 percent and will continue to do so at about the same rate for the rest of this year.

In North America, Agon said it is estimated there is 2 percent growth, “even though there’s not really been any evidence of genuine economic upturn there for the moment.

“The mass market is flat,” he explained. “The luxury market is a bit more positive; things are picking up a bit in the big stores. And the hair-salon market is very quiet, too.

“Our focus is winning market share,” Agon said. “We want to win market share in [the consumer segment]. We’re [having] significant market share wins in makeup and are doing very well with Wal-Mart; [we have] very good cooperation with them, a very strong position there.

“In luxury, we’re confident, too, because all the big initiatives that produce the success of that division in Western Europe are now going to be rolled out in North America,” he continued. “And [for professional products] we’re confident because Inoa will be driving growth and Matrix [is also] doing well. I can’t give you a forecast about the U.S. economy, but we think we can probably outperform the market.”

Later in the meeting, Agon addressed the Bettencourt controversy and L’Oréal’s employment of François-Marie Banier, the photographer to whom Lilliane Bettencourt has given assets worth about 1 billion euros, or $1.27 billion at current exchange. Banier reportedly receives 710,000 euros, or $901,903, annually through his company, Héricy, thanks to a 10-year agreement with L’Oréal.

Agon said Banier provides a “real service” to L’Oréal but wouldn’t elaborate further, explaining he reserves his response for the legal inquiry.

“The Bettencourt affair, while very regrettable, does not have any impact on the company’s bottom line. If there is any doubt about it, the numbers corroborate this,” Agon said.

Operating profits grew 21.4 percent to 1.67 billion euros, or $2.21 billion, representing 17.3 percent of sales, which L’Oréal executives called “a record half-year figure.” Meanwhile, the firm’s gross profits increased 11.9 percent to 6.89 billion euros, or $9.14 billion. That corresponded to 71.3 percent of revenues, versus 70.2 percent in the same prior-year period.

Agon said the return to organic growth — achieved in all divisions — was due to major strategic choices made over the past couple of years. These include concentrating on high value-added worldwide innovations at accessible prices, such as Inoa, Youth Code, Génifique, Hypnôse Precious Cells and Parisienne; breakthroughs in new product categories, such as men’s care and deodorants; accelerating international expansion in countries like China and Brazil, plus increasing investments in research and development and in advertising and promotion.

L’Oréal’s R&D expenses increased 7.6 percent versus the first half of 2009. Advertising and promotion expenses were 2.95 billion euros, or $3.91 billion, accounting for 30.5 percent of sales, compared with 30 percent in the same prior-year period. The company said it is continuing its policy of significant investments for A&P.

“In the near future, [new markets] are set to become the group’s largest business zone,” continued Agon, adding it has already happened once — this month, for the first time in the company’s history.

“We approach the second half with confidence even though we have to be aware the economic environment is still very uncertain,” he said.

The question about Nestlé’s participation in L’Oréal — which stands at about 30 percent — bubbled up again.

On Thursday in Geneva at a World Economic Forum event, Nestlé chairman Peter Brabeck-Letmathe told journalists, “If the [Bettencourt] family decides to sell, which would be Madame Liliane Bettencourt, we would have to look into that….There is nothing there…. Therefore, there is nothing that has to be decided for now.”

Meanwhile, Swiss newspaper Handelszeitung on Wednesday featured an interview with Brabeck-Letmathe. Regarding Nestlé’s intentions vis-à-vis L’Oréal, he was quoted as saying, “We haven’t yet decided what we want. The supervisory board asked me to consider what the long-term development could look like.” He added that whatever the decision, “the stake in L’Oréal is positive for shareholders of both companies.”

“For us, this is a nonevent,” said Agon. “I haven’t seen anything new or groundbreaking.”

The principal terms of the shareholder pact between Nestlé and the Bettencourt family are that neither party can increase its stake in L’Oréal during the lifetime of Liliane Bettencourt and six months after her death. Each of the parties is free to sell its shares and has conceded the other a first right of refusal until April 29, 2014. After that date, the parties can offer the shares to any third party.

To a question concerning L’Oréal’s participation in Sanofi, Agon said his company is a “loyal” investor and that it has no plans in the short term for its nearly 9 percent stake.