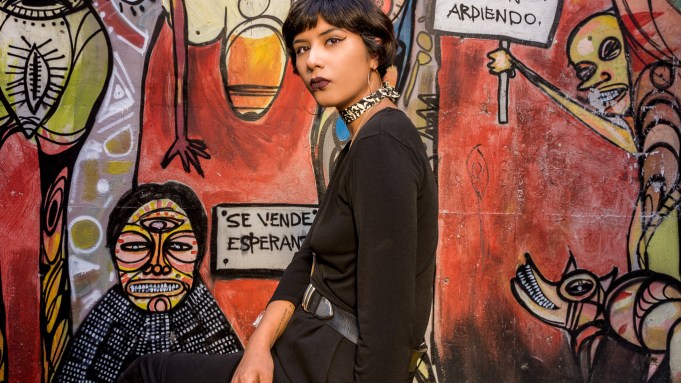 Once considered the El Dorado of opportunity, the Latin American beauty market is rapidly changing.

Thanks to a growing and aspirational middle class and a female population with an inherent affinity for beauty products, the region was, until recently, a bright spot for many global beauty players. But the economic woes currently facing several countries combined with the fallout from the digital revolution have resulted in a shift in demand, say many observers. The result is a market rocked by a new generation of digitally savvy consumers who are more educated about brands and products than ever and becoming increasingly demanding in their beauty choices.

“The market is adapting to the new reality, [with] a shift in distribution, in consumer behavior, in technology,” says Daniel Rachmanis, the Estée Lauder Cos. Inc. president for Latin America. He says that in a region where more than 50 percent of the population is under 32 years old, social media penetration is high and consumers are increasingly interested in specialist brands rather than a more traditional o…ffer.

“The consumer is tending toward models in which the brand can express itself fully. That’s why we are seeing a good increase of freestanding store concepts, which we are leveraging for all of our brands, [and] the entry of specialty-multi players like Sephora has been very beneficial to markets like Brazil and Mexico, where the retailer is doing very well,” Rachmanis continues.

“In e-commerce, Latin America should be as big or even bigger than other regions given the high penetration and social media usage by consumers. We see huge engagement in social media. The numbers in terms of Facebook and Instagram followers for some of our brands out of Brazil, for example, are among the highest in the world.”

Other players are observing the change. “If there’s something happening in Japan or Italy, the next month we will receive calls from consumers requesting products they saw somewhere around the globe, most likely through the internet,” says João Paulo Ferreira, vice president of Natura, Brazil’s second largest beauty player since Unilever overtook it as number one in 2014, according to Euromonitor. This is especially the case in makeup, he notes.

Such developments have led to an influx of new brands arriving in the region, much of which has traditionally been dominated by direct-sales players like Natura, Peruvian firm Belcorp, and Avon, which claims to be the number-one makeup brand in Brazil, Mexico and Argentina and number two in Colombia. Brazilian beauty franchise network O Boticario, whose owner Grupo Boticario has been diversifying with new brands and store concepts in recent years, also holds a strong position.

But international brands are gaining ground. South Korean brand Missha entered Brazil last year with its BB Creams, after seeing a gap in the market, while The Body Shop opened its first store in Chile in September (it is already present in Brazil and Mexico) and plans for further growth in the region.

Mirroring current trends across the world, makeup is the strongest growth category across Latin America, and is bucking general downward trends in many markets. “Makeup is undoubtedly the major growth engine in the region, being driven mostly by the entry of new young brands to the market and the expansion of doors, accompanying consumer maturity that has been increasingly interested in this category,” says Daniel Morimoto, the commercial director for Latin America of the research firm Segmenta.

Fragrance, which accounts for around 60 percent of the market still, is seeing a contrasting performance from market to market, with growth in value terms in most markets but volume declines in Brazil and Argentina, for example. “Fragrance is still growing, especially in the very high end of the market,” says Rachmanis. Jo Malone, which launched in Brazil in the company’s fiscal 2016, has met with “incredible success, well beyond our expectations in spite of the higher price positioning,” he adds.

In skin care, mass-market brands, direct sales and dermocosmetics dominate, while prestige brands have had diƒfficulty in penetrating the category.

Although the market is undoubtedly changing due to growing consumer sophistication, overall the outlook for the beauty market in the region in the short term is less upbeat. Political crises, economic woes and currency volatilities in several of Latin America’s key economies are set to continue to impact beauty this year and beyond.

Euromonitor International predicts Latin America’s beauty and personal-care market will see growth of 1.7 percent this year, with sales of $61.16 billion. Brazil, the region’s biggest market accounting for nearly half of sales, is expected to see sales of $30.31 billion, up only 0.2 percent in dollar terms.

Mexico, Colombia and Peru are cited as strong growth markets looking forward, especially for prestige brands, while Argentina continues to be diƒcult. Chile, traditionally one of the most stable markets in the region, is slowing somewhat due to lower commodity prices. But market players still see plenty of room for growth. Natura, for one, has been using its strong presence in Brazil to leverage growth in neighboring markets. “When I joined the company seven years ago, our operations outside of Brazil were below 5 percent of our total turnover,” says Ferreira. “It’s now above 30 percent. We continue growing in Latin America very strongly.”

Meanwhile, currency volatility in the region is hitting international beauty firms particularly hard. While many of the majors are reporting growth in the region in local currencies as they continue to grow their footprints, in reported terms, they are taking a knock. L’Oréal, for example, said it saw Latin American sales grow 10.8 percent in organic terms in the first half of 2016, but on a reported basis, they fell 9.1 percent.

Unilever, a leader in many markets in the region in key categories, said its underlying sales growth across categories grew double-digits in the period, although unit volumes fell 0.4 percent. “The business demonstrated resilience with volumes only slightly down in markets which faced substantial currency devaluation, high inflation and lower consumer confidence,” it said in its six-month report.

The diffiƒculties are even more apparent for local players, especially in Brazil. “Our market has shrunk this year for the first time in many years, both in value and in volume,” says Ferreira. “This is primarily due to the reduction in families’ available income.” Natura’s net revenues in Brazil fell 5.8 percent to R$2.5 billion, or $677.8 million at average exchange, in the first six months of 2016.

Last year’s tax hikes on cosmetics, high unemployment and ongoing political turmoil continue to have an impact on business in Brazil, although L’Oréal said in its six-month report that the market was returning to growth, and that it is seeing sales accelerate for Niely, the Brazilian hair-care manufacturer it acquired in 2015, and La Roche Posay.

To counterbalance that, Natura is diversifying its o€er to better cater to a broad consumer base, notably in lower income categories. “We have a very broad portfolio as regards sub-brands, categories and price points, so we are trying to use it wisely to ensure that our consumer, who still wants to consume but cannot a€fford their usual brands, can migrate to other brands in our portfolio,” says Ferreira. The direct-sales giant is also diversifying into retail, and has launched its first standalone stores and begun o€ffering its Sou brand in drugstores.

“For sure, consumers are trading down,” says Lauder’s Rachmanis, “but prestige is still small compared to mass, and it continues growing.[…]Latin America continues to be the smallest of the Estée Lauder regions, but [it is] by far the fastest growth region we have in the company.”

In Brazil specifically, he says, “Fiscal year 2016 was the sixth consecutive year of stellar growth for all our brands.” Clinique is the country’s number one prestige skin care brand, while MAC now operates 60 standalone stores there and is seeing growth upward of 20 percent.

“The current fiscal year has started a little bit slower given the political turmoil and the very steep recession the Brazilian economy is going through. Retail sales overall are down around 10 percent, but we continue growing double-digit,” he says.

Although the market is expected to remain difficult in the short term, industry players still see room for future growth. “Brazilians are heavy users of the category, and with the past decade of economic boom, middle class growth and the development of the retail market, consumers are certainly more mature and will keep embracing new beauty proposals,” says Morimoto.

“We expect a certain recovery from the second quarter of next year, but only project that we will recover 2014 volumes by 2018,” says Natura’s Ferreira. “Consumer confidence has started to go up, which is a precursor of consumption [growth].”

In Argentina, the region’s third-largest beauty market, the arrival of Mauricio Macri’s government in late 2015 and the end of the Kirchner era of protectionism suggests a turnaround in fortunes in the longer term, with one of his first initiatives to lift a ban on imports that had meant many foreign companies were not able to ship products into the country, crippling their business there. But for the moment, the beauty market remains difficult.

“Argentina maintains negative growth in units caused by high inflation rates, new government policies that a€ffected basic service prices and low consumer confidence,” says Morimoto. “With the doors open again for importation, brands are filling up the market with products, but currency devaluation and higher costs are a€ffecting price points, which are higher than ever.”

Nevertheless, market players are positive. “We are very happy we held on during those very diffcult years, because this year we expect to close with more than double [sales] in Argentina as we are able to replenish our distribution,” says Rachmanis. “We are even starting to look at some distribution expansion, which wasn’t thinkable just one year ago.”

Mexico, the region’s biggest market after Brazil with forecast sales of $9.48 billion this year, a 3.7 percent increase, according to Euromonitor, is also slowing. The country’s economy contracted in the second quarter of 2016, its first decline in three years. Nevertheless, market players remain positive. “Mexico is a very promising market, there’s still a lot of room for development,” says Ferreira. “There’s a huge population that wants to consume and is getting access to products and entering categories. Our business is doing very well there.”

Rachmanis concurs: “Mexico continues to be an incredible market, even though it is the largest market we have in the region. This fiscal year, we’re going to grow nearly twice as fast as the market. We are moving more into e-commerce and direct-to-consumer models, continuing our strong partnership with the department-store players but also starting to open Origins, MAC and Clinique freestanding stores and pushing e-commerce.”

Despite a dampened outlook across much of the region, beauty players continue to invest, especially as a means of gaining a foothold in Brazil, with its prohibitively high import taxes. L’Oréal’s acquisition of Niely in 2015 and Coty’s purchase of Hypermarcas’ beauty division are cases in point, and both are already reaping the benefits of these acquisitions despite the weak market. Coty said that Hypermarcas contributed 6 percent sales growth to its net revenues in the Americas in the fiscal year ended June 2016, although this was countered by currency eff€ects and lower sales from other brands, including in Latin America. In late September, Puig confirmed it has acquired a minority stake in high-end apothecary brand and retailer Grupo Granado, proving that despite the region’s current difficulties, beauty companies continue to believe in its longterm potential for growth and consumers’ strong appetite for an increasingly sophisticated, diverse beauty off€er.