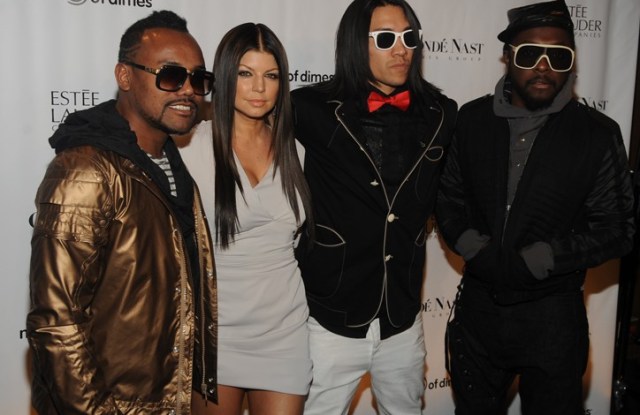 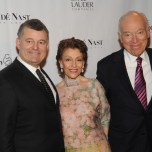 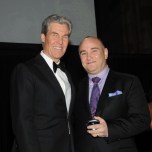 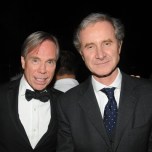 Mix William Lauder, Richard Beckman, the Black Eyed Peas and Vanessa Williams, and what do you get?

One seriously hopping party with 500 people at Cipriani 42nd Street in Manhattan.

Lauder, chief executive officer of the Estée Lauder Cos. Inc., and Beckman, president of the Condé Nast Media Group and chief marketing officer of Condé Nast Publications (parent company of WWD), were the honorees at the 34th Annual March of Dimes Beauty Ball, held Thursday evening. It raised more than $930,000 — an apparent reflection of the bite of the recession, since last year’s tally was $1.2 million.

The evening’s emcee, Williams, was back for a second year in that role. “I’ve been blessed as a mother,” said Williams. “I’ve had four healthy pregnancies and four healthy children.”

Another speaker, Bayly Ledes, wasn’t quite as lucky. “After seven months of a picture-perfect pregnancy, I was rushed to the hospital, and after 24 hours of doctors trying to keep me pregnant, I gave birth to a 4-lb., 3-oz. daughter. Isabelle was one of the lucky ones — after 31 days in the neonatal intensive care unit, she began to thrive, and now, three-and-a-half years later, is happy, healthy and hitting normal milestones. Your support of this cause helps so many mothers to get the support that they need.”

That’s something that honoree Lauder — who was presented with his Beautiful Apple award by Allure editor in chief Linda Wells — finds particularly gratifying. “I’m proud of what we do as an industry to support worthy causes like this one,” said Lauder, whose grandmother, founder Estée Lauder, received the Beautiful Apple Award in 1978. “Particularly in this type of economy, it’s wonderful to see so many people who are devoted to supporting philanthropy,” concluded Lauder, who has taken a battering recently online and in the gossip columns.

Beckman — who was responsible for procuring the high-profile entertainment — was presented with his Beautiful Apple award by Terry Lundgren, chairman, president and ceo of Macy’s Inc., who praised Beckman’s varied accomplishments in both the publishing and music worlds.

“I am the father of three healthy kids,” said Beckman, “two of whom are here tonight. But every four-and-a-half minutes, a baby is born in the U.S. with a birth defect. We are so appreciative of your support, especially this year. Thank you for being here in such a time of uncertainty.”

To wrap up the evening, the Black Eyed Peas — who will release a new album on June 9 — performed for a rousing hour, which saw high-profile executives such as Lauder’s parents, Evelyn and Leonard Lauder, dancing in the aisles. At one highly charged point, one of the performers, Taboo, climbed down from the stage to confer a high five upon the prancing Leonard.