The beauty industry was surprised in early November when the Estee Lauder Cos. Inc. unveiled a top management succession plan that not only reached outside the founding family, but also beyond its home turf of department stores. 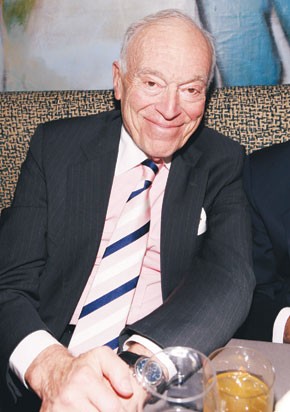 The beauty industry was surprised in early November when the Estée Lauder Cos. Inc. unveiled a top management succession plan that not only reached outside the founding family, but also beyond its home turf of department stores.

Industry observers had been expecting the company to name an eventual successor to Daniel J. Brestle, the chief operating officer, who had been privately talking about retirement. Instead, the company took more sweeping action by recruiting Fabrizio Freda, now president of the Global Snacks division of Procter & Gamble, as its next president and chief operating officer, with expectations of also naming him chief executive officer within 24 months. Freda, 50, would therefore succeed the 46-year-old William P. Lauder, who has been ceo since July 1, 2004.

This story first appeared in the December 11, 2007 issue of WWD. Subscribe Today. View the full coverage of  WWD Year in Fashion 2007 at www.wwd.com/yearfashion07 At the time of the announcement on Nov. 8, it was assumed William Lauder would move up to chairman, a post now occupied by his 74-year-old father, Leonard A. Lauder. The next day at the company’s shareholders meeting, the elder Lauder said that indeed he planned to step down within two years, perhaps taking the title of chairman emeritus and clearing the way for his son.

“I certainly hope that William can succeed me as chairman,” he said, signaling the end of an era that began in 1958, when he joined the family company. Leonard Lauder took the budding business, started by his mother, Estée, and father Joseph, and shaped it into the global prestige market leader. He also is one of the key architects in formulating the modern beauty business.

Wall Street responded approvingly to the succession plan by driving up the price of the stock 7.32 percent over the two days of announcements. Analysts had been showing impatience while Lauder grappled with the fundamental challenges of the shrinking department store market. But the management move was seen on Wall Street as a bold step in the right direction, since Freda was viewed as providing operational and international expertise, two areas seen as needing accelerated development at the company.