As his book goes on presale, the beauty visionary shares some secrets of success — and what it will take for department stores to survive.

Leonard A. Lauder in 1978 at Lord & Taylor for the launch of Cinnabar fragrance.

Leonard A. Lauder may be in lockdown like the rest of us, but he is far from idle.

The 87-year-old chairman emeritus of the Estée Lauder Cos. Inc. is riding out the coronavirus pandemic in Maine with his wife, Judy Glickman, readying the publication of his first book.

Titled “The Company I Keep: My Life in Beauty,” the book is available for presale starting today on Amazon, Apple, Barnes & Noble, Bookshop and Indiebound, and will be published in November. All author proceeds are being donated to charity.

Speaking exclusively with WWD via phone, Lauder sounded as gregarious as ever, but admitted quarantine has been difficult. “I miss people. I miss my friends,” he said. “I miss talking and embracing and laughing and everything else.” 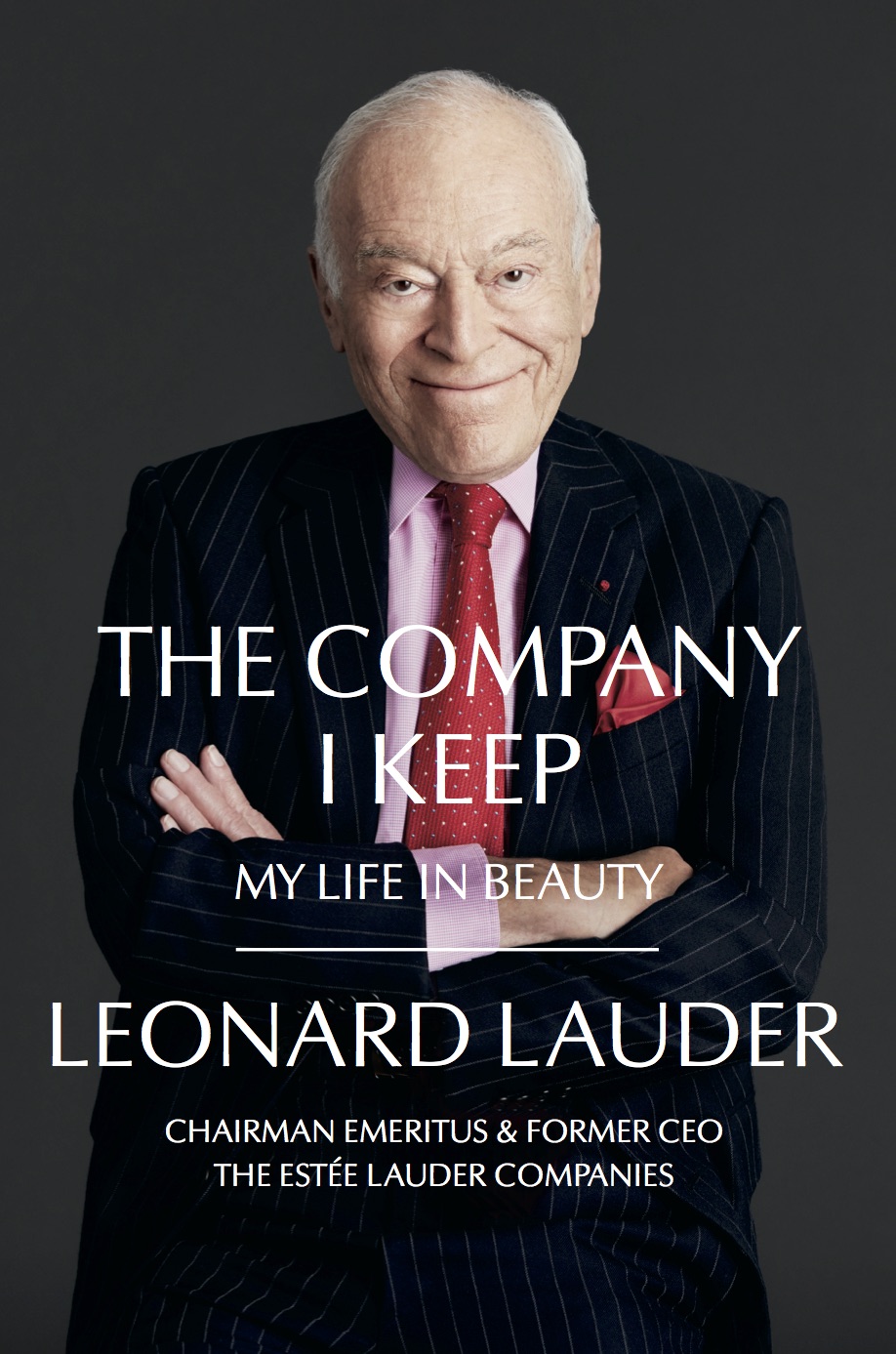 The cover of “The Company I Keep: My Life in Beauty” by Leonard Lauder.

In the book, Lauder shares the inside story of building from the ground up the cosmetics business that bears his mother’s name and is today the world’s third-largest beauty firm with estimated sales of almost $16 billion in 2019. The company turns 75 next year, and for 62 of those, Lauder has been at the helm.

“From the day I arrived in February 1958, my parents trusted me implicitly. I did everything — even set family compensation,” he said. “There was no training. This was on-the-job training.”

Two key lessons early on that helped guide Lauder’s career were to trust his gut and to hire great people. Another important learning came from his father, Joseph, who at one time was a silk importer. But then came the Great Depression.

“Silk fell out of fashion,” Lauder recalled, “so he had to do other things. I learned from him the resilience that if one thing doesn’t work, do something else.”

That lesson holds true now more than ever, particularly as the department store channel, the historic backbone of the company’s business, has been roiled by the pandemic. “Retailing as we know it is going to change dramatically, but it’s not going to disappear,” said Lauder. “Don’t think for a minute that you have seen the last of a department store or of Neiman Marcus. That being said, when stores do reopen, don’t expect to see a flood of people rushing in until you have a vaccine for the virus.

“However, the big growth in the next two to three years is online,” he continued. “We have all seen double- and triple-digit increases online and this has happened also in China, where online is skyrocketing.”

While retail fundamentals will remain the same — “the right products for the right time for the right people” — Lauder also delivered a frank assessment for the survival of department stores, many of which have lagged in the development of their e-commerce businesses. “Don’t be the last guy out. Do it now. Do it now,” he repeated.

But Lauder isn’t ready to sound the death knell for the in-store experience, either. He believes that people will always want to shop in a store if you give them a reason to be there. “Entertainment is the key to success tomorrow in brick-and-mortar,” he said. “Department stores in the Thirties were not just places where you shopped — they were entertainment centers. When I was a kid, my parents would take me to a tearoom and there would always be a fashion show. At Harrods in London, they had violinists at lunch. The department store that realizes you can entertain will get people. The store that just says, ‘Here I am, I’m so special’ — they won’t make it.”

Lauder’s official corporate title aside, his favorite role in the company now is as “chief teaching officer” and he has spent the last three years working on the book, which he hopes will be “a roadmap for businesspeople to say how can you build your own life from small things. We were able to do it. Others have been able to do it. You can do it, too.”

As for why he’s choosing to tell his story now? “I said, why wait? I thought about this when I was in my 60s and 70s. You can’t wait for something to happen, you have to make it happen. And I’m trying to get people interested in ideas again.”

Lauder worked with a writer and a company colleague and said he had “more fun doing the book than anything in my life.” Of course, it helps that he has very good recall. “The only thing I don’t remember is the name of my nursery school teacher, but my first grade teacher? Yes! Mrs. Walker,” he laughed at one point.

And finding forgotten mementos in the archives gave him great delight.

One such item was some notepaper with his mother’s handwriting, on which she was brainstorming the name for Re-Nutriv, today one of the Lauder brand’s key antiaging franchises. “You can see her thought process on the paper. She would write things down and see how they looked,” said Lauder. “That’s often how I do things, too. I’ll write something down and go back to it later or the next day. If it sounds right, I will do it and if it doesn’t, I’ll do it over again.”

“What I hope people take from the book is if you have a good idea, stick to it,” Lauder continued. “Don’t give up easily and you will accomplish your vision.”