Company's ceo to also take post of chairman after Lindsay Owen-Jones steps down in March.

By Pete Born and Jennifer Weil on February 10, 2011
View Slideshow 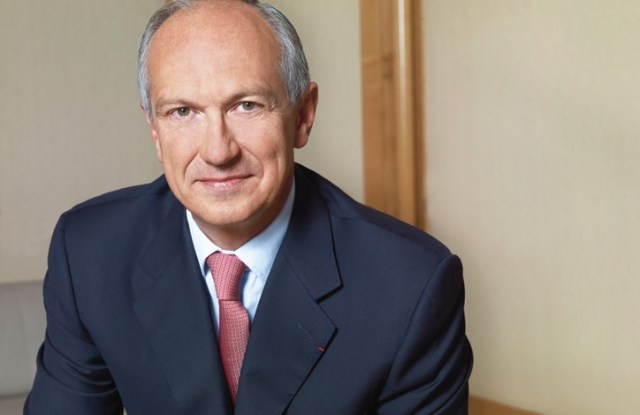 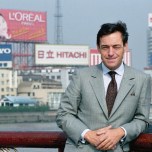 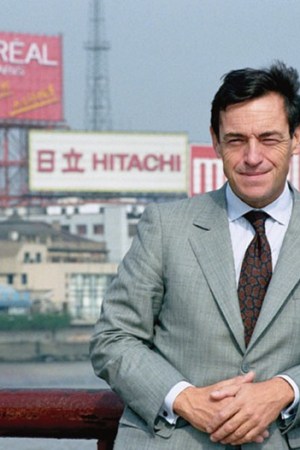 The French beauty giant disclosed Thursday that Lindsay Owen-Jones will step down as chairman of the company’s board by March 17 — his 65th birthday — and become its honorary chairman. Jean-Paul Agon, currently L’Oréal’s chief executive officer, is to be chairman and ceo.

This confirms a report that ran in Monday’s WWD.

Also on Thursday, L’Oréal published its fourth-quarter 2010 sales, which rose 11.4 percent to 5 billion euros, or $6.77 billion at average exchange rates for the period. On a like-for-like basis, revenues gained 4.1 percent.

Owen-Jones has had an unprecedented 42-year run at L’Oréal, including 23 years as chairman. He has been credited with transforming L’Oréal from a major French export player into the world’s number-one beauty company with a diversified management and globalized portfolio of brands. Owen-Jones made L’Oréal into a truly multicultural, multinational and multichannel beauty behemoth fueled by the interplay between mass market and prestige brands and salon professional products.

Agon, 54, has taken the Owen-Jones formula and projected it into new markets in the developing world. Since becoming ceo on April 25, 2006, Agon has increasingly left his mark on how L’Oréal does business. For one, Agon’s acted on his long-held belief that globalization is among the most powerful pistons in the company’s growth engine. His wide-ranging focus has included driving sales in markets as far afield as China, India, Russia, Brazil, Mexico, Argentina, Indonesia, the Philippines, Turkey, Vietnam, Egypt, Pakistan and Kazakhstan in the company’s quest of doubling its consumer base by 2020.

During a financial analyst meeting in February 2010, Agon said, “Our aim is to seek out, win over and secure the loyalty of one billion new consumers in these countries within the next 10 years and so double the number of women and men who use our brands and our products around the world.”

To help reach that goal, in some emerging markets L’Oréal has for the past three years been implementing “reverse innovation.” That strategy involves beauty products being developed locally for a particular region after information about its denizens is culled in situ and then the products possibly rolling out worldwide.

Agon is also a firm believer in the power of “accessible innovation” to help broaden L’Oréal’s consumer base. During the February 2010 meeting, he explained the company calls the strategy as such “because our aim is to position the prices of new products in such a way as to optimize volume and value or, in other words, to find each product’s right price. The term ‘right price’ is in no way a synonym for low price.”

Another way to draw new consumers is through extensions into new categories, such as deodorants, and accessibly priced products in existing brands.

During the worldwide economic crisis — when having a wide geographic reach paid off since business in emerging markets helped offset weaker sales in more mature markets — L’Oréal kicked off an “anticrisis” strategy, which included sustaining advertising and promotional investments plus reducing costs.

Ground had been broken for all of this by Owen-Jones, who had spent his tenure perfecting what became known in the business as “the L’Oréal model,” which involves the company not only operating at different price points in the prestige, professional and mass markets, but also achieving a rare global reach of enveloping brands. He internationalized his top management, too.

Owen-Jones, who spearheaded L’Oréal’s U.S. business from 1981 to 1984, had understood the potential of American brands and, during his tenure as ceo, stocked the company arsenal with acquisitions such as Helena Rubinstein, Ralph Lauren Fragrances, Redken, Kiehl’s, Maybelline, Matrix and SoftSheen-Carson.

The young ceo — always with a strong belief in R&D — saw the opportunity of makeup with technology; put the company’s name on a mass color cosmetics line, and launched L’Oréal Paris. Later, Owen-Jones saw an opportunity to break into China and Japan with a Maybelline mascara.

However, he also hit a number of bumps in the road, the latest occurring in recent months as controversy swirled around two board members — L’Oréal’s largest individual shareholder, heiress Liliane Bettencourt, who was locked in a bitter three-year family feud with her daughter, Françoise Bettencourt Meyers. The latter in December 2007 had taken photographer François-Marie Banier to court, claiming he exploited the weakness of her mother, who had given him assets valued at about 1 billion euros, or $1.36 billion at current exchange. Banier denied any wrongdoing, while Bettencourt maintained she was sound and acting on her own free will. But the scandal mushroomed, even enveloping some French government officials and brushing against Owen-Jones.

He gave an interview to Le Point magazine in September 2010, after news broke that he had received a gift in 2007 of 100 million euros, or $136 million, from Bettencourt, who also reportedly had bestowed a similar sum upon his predecessor, François Dalle. There was also the fact Banier had been paid 710,000 euros, or $965,536, yearly by L’Oréal for a decade, under two contracts begun during Owen-Jones’ tenure. One was for organizing expositions and the other was for the services of advising in artistic matters.

In the Le Pont interview, Owen-Jones discussed having ended the contracts in fall 2010, a year earlier than their term.

“Jean-Paul Agon and I wished for some time already to stop them because the young, destitute artist from 1991 is no longer today neither young nor — apparently — destitute, but we were held by the contracts and didn’t wish to open a new judicial front,” Owen-Jones was quoted as saying. “The media buzz around this affair constituted a major case that allowed us to break the contracts in advance to preserve L’Oréal’s reputation.”

Earlier in his career, Owen-Jones had suffered other setbacks, such as a painful experiment in owning a majority stake in the Lanvin fashion house in the early Nineties. Then there was a brief flare-up of controversy during the same period involving the World War II Nazi affiliations of former executive Jacques Corrèze, whose death ended the dispute. Owen-Jones confronted the issue at the time and took action. His performance was praised in 2005 when he received an international leadership award from the Anti-Defamation League in New York.

In the end, the man known simply as O.J. to friends and associates, with a penchant for fast cars, motorcycles and boats, compiled one of the most remarkable records in the beauty industry’s history. He not only built L’Oréal into a powerhouse, but ran up 21 consecutive years of double-digit profit growth.

One financial analyst, who requested anonymity, was somewhat surprised at the news that Owen-Jones would be stepping down in March, since his contract as chairman had been renewed to 2014. However, she said, “The challenges L’Oréal is facing now are different from the past and the market has changed dramatically since Mr. Owen-Jones was running the company. L’Oréal’s priority today is to return to growth, and it seems the board thinks Mr. Agon is the right man to deliver.”

Guy Peyrelongue, who headed the U.S. operations for L’Oréal for 15 years and retired at the end of 2001, said bowing out at age 65 is part of the L’Oréal tradition. Dalle made way for Owen-Jones, even though he still had plenty of vitality, and now the tradition is repeating itself. “Jean-Paul is doing a very good job as manager,” Peyrelongue said.“It’s time he became ceo and chairman. The rule at L’Oréal is normally to have a changing of the guard at 65. It’s good for L’Oréal. It’s now up to Jean-Paul to build another stage for [the company].” Peyrelongue observed that Dalle had started building L’Oréal into an industry heavyweight by making acquisitions mostly in Europe with companies like Lancôme. Owen-Jones completed the globalization by acquiring American brands. Now Peyrelongue expects Agon to turn the BRIC countries in search of acquisition targets.