"The Real Housewives of Beverly Hills" star talks about the success of her makeup brand thus far — and her next launch, to be unveiled this spring.

“It’s like Groundhog Day,” Lisa Rinna said of her life amid the pandemic in Los Angeles.

“I’ve been probably as good as everyone’s been,” she continued. “I mean, we’re just taking it one day at a time, just getting through it as best we can.”

While the world can understand the impact of COVID-19, not everyone can relate to launching a new business venture during this time. Rinna — an actress and one of the stars of Bravo’s hit reality television series “The Real Housewives of Beverly Hills” — fulfilled a longtime dream of hers in November when she introduced her first beauty brand, Rinna Beauty.

“It was very challenging,” she said of navigating its release during an unpredictable climate. “We just had to really be on top of it. We didn’t know any better. Do you know what I mean? Like, here we were, and we had a deadline, and we were trying to make it with the added, you know, COVID-ism of the world.”

That deadline kept getting pushed. Working with her team over Zoom, Rinna Beauty — a partnership with brand incubator SEL Beauty — was initially scheduled for release in September, then October and finally November. The delays were due to the pandemic and its disruption to the supply chain.

“COVID-19 delayed decision making tremendously, because it was a lot of back and forth with parcels and samples, then dealing with factories shutting down, and then not being able to book freight, just because there were no flights,” said Cheryl Krakow, founder and president of SEL Beauty. Rinna Beauty is manufactured in Canada with elements sourced globally. “It was very hard to get components flown to where our fillers were. With COVID-19, the fillers had to change the way they work. People had to be six feet apart, and they had to be spaced out.” 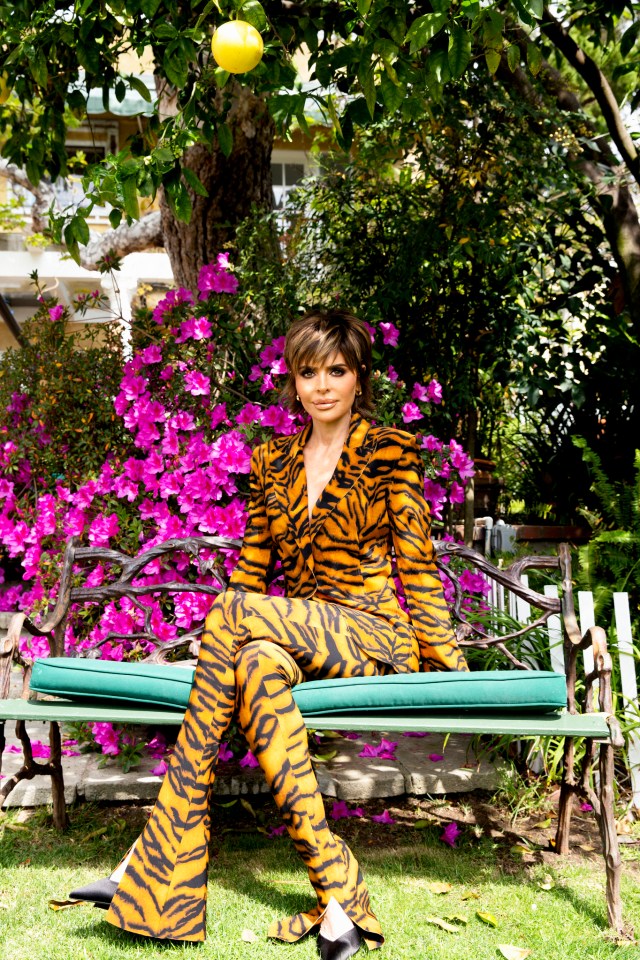 The entire production process took longer than expected. But when the line became available, it sold out.

“We were very nervous about launching a lip line when everybody was wearing masks, but I will tell you that we started with a pre-sale, and the day we started that, our computer system crashed,” added Krakow. “There is definitely an appetite out there for a Lisa Rinna beauty line.”

Very much on brand for Rinna — who’s known for her plump, enhanced lips — the offering is a collection of vegan and cruelty-free nude lip glosses, lip liners and lipsticks. Lip kits are priced at $45, while lipsticks cost $22 each, and lip glosses are at $19 each, available direct-to-consumer at Rinnabeauty.com. According to the brand, Rinna Beauty has seen steady 25 percent increase in sales month-over-month and is expected to be an eight-figure d-to-c business this year.

“I just was over the moon about it,” Rinna said of the brand’s reception. Her other endeavors include a fashion line with QVC. “For me, when I create something that I want to share with people, of course, I want them to love it. Of course, I want people to love it as much as I do, but you just can’t ever tell.”

Rinna, who’s married to actor Harry Hamlin (with whom she has daughters Delilah Belle and Amelia Gray), rose to fame in the ’90s, acting on shows like “Baywatch,” “Melrose Place” and “Days of Our Lives.” But “The Real Housewives of Beverly Hills,” which she began appearing on in 2014, has enlarged her fanbase. And thanks to the reality show’s international success, along with the U.S., Rinna Beauty has been shipping globally to Canada, England, Ireland, Australia and Europe. Rinna is often blunt and speaking her mind on the show, which has resonated with fans. (She has 2.6 million Instagram followers.)

“The Bravo crowd — I’ve been involved with for seven years now — they have always been really supportive,” Rinna said. “And I just think that people were possibly ready for this. The comments have been so positive. What makes me the most excited is that people love the way this product feels. They love the quality of it, and that was so important for me….Sometimes with celebrities, people think that it’s not going to be as good as mine turned out to be, and people were really surprised by how luxurious it is.”

“It’s been great to see the response and how many people globally want the product,” Rinna continued. “We have so many great things coming, and we’re going to have distribution all over the world, which is truly amazing, really just from the demand.”

To Rinna, the launch marks the kickoff of a lifestyle brand. Next, she’ll expand the lip line in May to include color — one for each of her alter egos on the reality show — and plans to introduce eye products toward the end of 2021.

“You know, I’ve been trying to launch this for a very long time,” Rinna said. “It just never worked right.”

Rinna had tried getting a beauty brand off the ground for about 15 years, in fact.

“I probably had five or six deals that fell through,” she said. “So, I learned a lot about tenacity, and just hanging in there. I mean, most people would have given up and said, ‘OK, well, it’s not meant to be’…I think it’s pretty remarkable that, at 57 years old, I have launched a beauty brand.”

It just so happens that it all finally fell into place with SEL Beauty in January 2020, right before the impact of the pandemic was felt in the U.S.

“The fact that I found a partner to do it with…that my partners were as enthusiastic as I was, and they didn’t skimp, even in the midst of COVID-19 and the timing and whatnot, it’s kind of a miracle that we got to do what we did and how we did it,” she added. “I’m like, wow, it’s kind of a dang miracle that it happened.”