By Gillian Koenig on May 8, 2009
View Slideshow 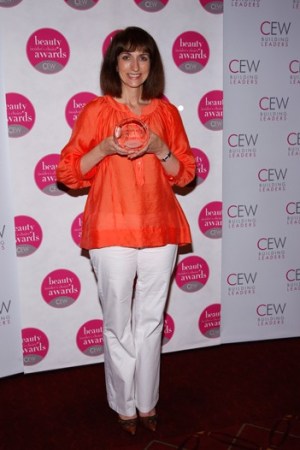 Marc Rey, chief executive officer and managing director of YSL Beauté, offered up some industry encouragement while accepting an award for the brand’s Rouge Volupté Lipstick. “It’s really good news for all of us when a beautiful, expensive product is selling very well.”

Esi Eggleston Bracey, vice president and general manager of global cosmetics for Procter & Gamble, thanked their “fabulous Cover Girl Ellen DeGeneres,” while Avon’s vice president of global product innovation Eileen Higgins remarked, “It has been such a terrific day for Avon” as she picked up the company’s third award.

LVMH Moët Hennessy Louis Vuitton-owned niche beauty brand Fresh walked away with two awards, with its CEO Jean-Marc Plisson telling the audience Fresh was “in store for a great ride,” while Johnson & Johnson received two statuettes for its Aveeno and Clean & Clear brands.

The impact of the CEW awards is expected to be felt well beyond the Waldorf, according to president Carlotta Jacobson, who said the organization added Bloomingdale’s and QVC to their retail roster this year for a total of six national partners. “Bloomingdale’s literally decided on it 24 hours ago,” quipped Jacobson, who also noted QVC will do a special two-hour segment in July, highlighting the CEW awards and featuring product winners. “QVC agreed that having this endorsement lends credibility and authority and will sell products. Women want to see what members of the beauty industry vote on.”

New to the beauty awards this year was the inclusion of fragrance suppliers in the CEW’s Scent category. “It’s the one part of the business that’s having the most problems,” said Jacobson. “Fragrance sales have been very soft, and we thought this was an opportunity to enhance the category. It’s good for the fragrance industry.”

One positive trend that has emerged from the recession, according to Jacobson, is an increased demand for at-home treatment items. “Products that offer at-home versions of things that women were getting at salons or dermatologist’s offices are doing well; things that I wouldn’t really have thought of before.”

She pointed to Neutrogena’s Wave Power Cleanser and Deep Clean Foaming Pads, which beat out another at-home product — Avon’s Anew Clinical Advanced Dermabrasion System — to win the CEW Beauty Award for facial cleanser and scrub in the mass category, as well as Olay’s dermatologist-inspired Regenerist 14 Day Skin Intervention, which picked up an award for antiaging facial skin care in the mass channel.

For the fourth consecutive year, “Sex and the City” star Mario Cantone hosted the award ceremonies, where 27 Lalique statuettes were handed out to winners in mass and prestige categories. There was also an award for best indie startup that went to NIA24.

In facial skin care, Clean & Clear Advantage Blackhead Eraser Exfoliating Cleanser won for acne treatment. Antiaging in the mass category went to Olay for its Regenerist 14 Day Skin Intervention, while Clinique won in the prestige segment for its Even Better Skin Tone Corrector. In the cleanser and scrub category for mass, Neutrogena won for its Wave Power Cleanser and Deep Cleaning Foaming pads, while Fresh received the prestige award for its Appleseed Brightening Exfoliant. In the men’s grooming category, Zirh Holdings LLC won for its skin care product ZIRH Platinum Drenched.

For eye treatments in mass, it was Garnier Nutritioniste’s Skin Renew Anti-Puff Eye Roller, and for prestige, Shiseido’s White Lucent Brightening Eye Treatment. In the moisturizer category, Olay’s Definity Color Recapture won, while Estée Lauder picked up the prestige honors for the second year in a row in the category, this time for Time Zone Line and Wrinkle Reducing Moisturizer SPF 15.

In the makeup segment, Lancôme’s Oscillation won for best eye product — beating out Estée Lauder’s vibrating Turbolash All Effects Motion Mascara in the prestige arena. In mass, L’Oréal Paris received the statuette for its Double Extend Beauty Tubes Mascara. P&G’s Cover Girl won for its mass face product Simply Ageless Foundation, while the prestige award went to Giorgio Armani for its Face Fabric Foundation. Other makeup awards were given to Avon for its Pro-To-Go Lipstick for mass, and to YSL Beauté for its Rouge Volupté Silky Sensual Radiant Lipstick for prestige.

Finally, in the sun products category, Johnson & Johnson’s Aveeno Continuous Protection Sunblock Spray SPF 70 picked up the mass award while Clarins was given the top honor in the prestige category for its Delicious Self Tanning Cream.