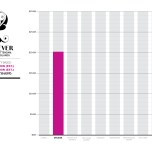 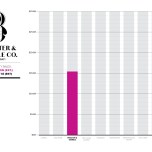 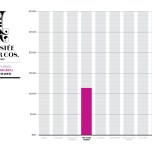 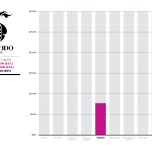 L’Oréal once again led the pack as the top beauty company for 2016.

This story first appeared in the April 14, 2017 issue of WWD. Subscribe Today.

Despite holding onto its position from last year, P&G continued to see a decrease in sales by 12.5 percent. The company however experienced a sales growth of 2.1 percent in its beauty division after selling 41 beauty brands to Coty Inc. and divesting Christina Aguilera and Dolce & Gabbana’s fragrance licenses.

Have & Be Co., a Seoul-based beauty company that owns Dr. Jart+ and DTRT, experienced the most significant sales increase with a 172 percent jump. This increase can be attributed to its strides in Asian markets and overall global growth.

Other companies that saw a big jump in sales were San Francisco-based Rodan + Fields with an 83 percent increase, Moscow-based Faberlic with a 52.5 percent increase and Connecticut-based PDC Brands, which saw a 50.9 percent jump.

On the other end of the sales spectrum, Santa Monica, Calif-based company, Guthy-Renker Ventures LLC, experienced the largest decrease of 58.8 percent after the sale of its majority stake in Proactiv to Nestlé Skin Health SA.

Newcomer Kylie Cosmetics made its way onto the ranking at number 73, earning $300 million after its first year on the market.

The ranking is also accompanied with insight into beauty brands’ digital acuity, shareholder equity and top performing beauty stock, among others.  For the complete list, please see the April issue of WWD Beauty Inc.