Omar Hajeri has been named head of the Professional Products Division and Ersi Pirishi, president of the Latin America zone.

Omar Hajeri has become president of the Professional Products Division and joined the group’s executive committee. He succeeds Nathalie Roos, who is leaving the company after nine years.

Hajeri has been with L’Oréal for 21 years, mostly in the Professional Products Division. In 2019, he was named its Western Europe zone director, after having steered the division in the U.K. and Ireland, and in the Netherlands.

“Omar is a visionary leader, a seasoned business development professional and a generous manager,” said Nicolas Hieronimus, L’Oréal deputy chief executive officer, in charge of divisions, in a statement released Friday night. “Always attentive to both his employees and the customer, he has the ability to grasp new trends and mobilize his team toward ever greater innovation.

“He is also a pioneer in digital transformation,” Hieronimus continued. “Omar played a major role in reinventing PPD in Europe, and has given the division a new momentum in this zone in 2020.” 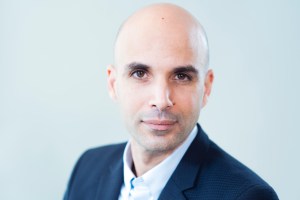 “Over the past nine years, Nathalie has done a remarkable job, first at the head of L’Oréal Germany, and then managing the Professional Products Division, where she has lead a deep transformation and modernization of the division, whilst respecting our historical relationships with our hairdressing partners,” said Jean-Paul Agon, L’Oréal CEO. “Under her leadership, the division has successfully weathered the 2020 health crisis and provided major support to the hairdressing industry.”

Meanwhile, Ersi Pirishi has been named president of L’Oréal’s Latin America zone and a member of the group’s executive committee. This fall, she will replace Javier San Juan in those roles, and he will retire after 30 years with L’Oréal.

Pirishi most recently served as deputy general manger of the Active Cosmetics Division. In 2015, she became general manager of L’Oréal Greece, after having held numerous positions in various countries for the Active Cosmetics Division. Pirishi started her L’Oréal career at the brand La Roche-Posay, where she was in charge of international development in Latin America.

“Ersi is a multitalented, all-around manager who knows how to combine strategic vision, execution skills, proximity to the field and team empowerment,” Hieronimus said. “Her international background and the variety of positions she has held make her the ideal person to take over from Javier.” 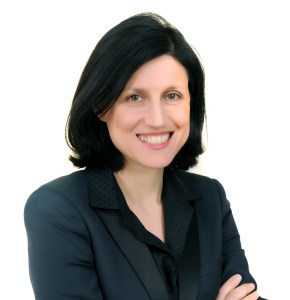 San Juan has overseen the Latin America zone since 2016. He also had been finance director for L’Oréal Russia and country manager for Romania, Argentina, Canada and Mexico.

“I would like to pay tribute to Javier’s remarkable career over the past 30 years,” said Frédéric Rozé, chief global growth officer at L’Oréal. “He is an outstanding manager and has always shown a keen entrepreneurial spirit and a marked taste for innovation, while at the same time nurturing many talents.

“Under his leadership, L’Oréal has steadily gained market share in Latin America, becoming the number one in luxury in the zone in 2020 and achieving double-digit growth in Brazil,” Rozé said.