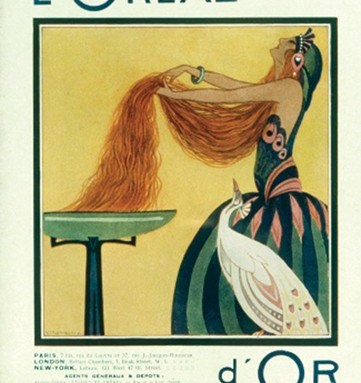 Dopal, the first soap-free shampoo, is introduced in hairdressing salons.

1934
Dopal’s name is changed to DOP and sold to the public.

Cosmair is named exclusive agent for L’Oréal in the U.S.

A deal is signed with Vichy.

L’Oréal Net, a precursor to Elnett hair spray, is introduced.

1963
L’Oréal floats on the Paris Bourse.

The “Because I’m Worth It” slogan is introduced.

Galderma, a joint venture between Nestlé and L’Oréal, is founded.

L’Oréal and UNESCO launch the For Women in Science program.

2001
L’Oréal sells Lanvin and its stake in Marie Claire Group.

SkinCeuticals and Delial are acquired.