The high-end packaging trade show notched up a 6 percent attendee increase this year. 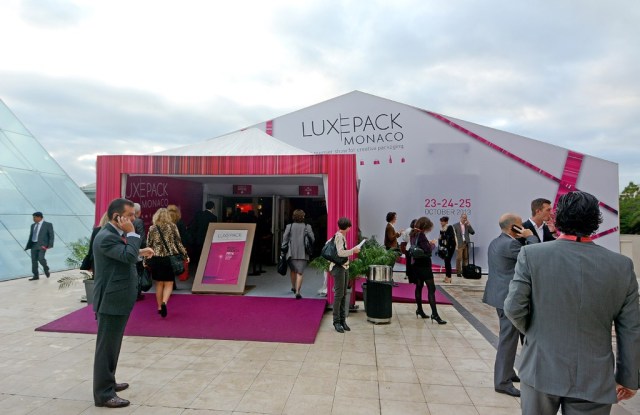 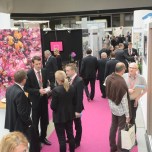 MONTE CARLO, Monaco—Luxe Pack Monaco continued upping its attendee rate and was deemed to be “more business-oriented” than ever during its most recent edition, which ran from Oct. 23 to 25 here.

The high-end packaging trade show registered 7,439 visitors, a 6 percent increase versus the same prior-year period. Fifty-four percent of its attendees came from outside of France and represented 77 countries, compared with 52 percent from 68 countries during Luxe Pack Monaco in 2012.

Organizers noted an uptick of visitors from the U.S. and some European countries, such as Italy and Spain, and the number of companies present. There were also more senior executives in attendance.

“We have many [on-site meeting] rooms booked by brands visiting the show or by suppliers to organize serious business meetings,” said Nathalie Grosdidier, deputy managing director of Idice, Luxe Pack’s organizer, who added the phenomenon “really exploded” this year and that the fair was a hotbed of cross-fertilization. “It is really interesting to become this platform able to transmit new ideas, innovations and best practices from [one] country to another, continent to another and also market to another.”

There were 40 new exhibitors at Luxe Pack Monaco.

“This is the show — really for us it’s the show to go to every year,” said Philippe Milazzo, DuPont’s global market manager for cosmetics and perfumes packaging. “Year after year, it maintains a very high standard. This is the best show for luxury packaging in the world.”

Catering to a demand for more sensuality in fragrance application, Aptar was showcasing — among other projects — a new spray mechanism.

“We wanted to have something more glamorous and sophisticated,” said Patrick Bousquel, director of Europe market development for beauty at the firm, referring to its new Precious spray, whose duration is said to last three times longer than a traditional atomizer due to the homogeneity of its fragrance droplets.

Aptar’s La Petite fragrance initiative allows for a hidden pump, catering to designers’ desire these days to have technical elements be as concealed as possible, he continued.

The firm was introducing its next-generation serum dispenser, as well, called Serumony, which distributes product through an airless, penlike container.

“[The company wished] to bring a gesture which is very precious and feminine and still to have the precision and feeling and DNA of the pipette,” said Bousquel.

Over at Albéa, among projects in the spotlight was Artist Bubble, a small-diameter tube with a soft sponge applicator destined for use with various types of cosmetics products, including concealer and liquid eye shadow or liquid blush, explained Marjorie Vincenti, the firm’s external communications and brand identity manager.

“It’s all about precision and extreme definition,” she said, regarding Albéa’s four new lipstick mechanisms that range in shape from square to teardrop, for various effects.

Albéa was also showing a quartet of new plastic mascara brushes for results such as volume and symmetry, definition, volume and curve, and maximum length, said Vincenti, who added: “It’s [about] styling your lashes.”

A notable growing trend at Luxe Pack — reflecting the beauty industry at large — was smart packaging, involving the likes of QR codes and holograms.

Prooftag, for instance, had on display new iterations — in metal and in colored plastic — of its Bubble Tag security concept involving tags made of translucent polymer containing a constellation of bubbles that are impossible to copy and can identify a specific product or document.

The metal cards resulted from client demand for a more luxurious offer, while the colored plastic cards may easily be used for sportier products, explained Franck Bourrieres, marketing director and chief operating officer at the firm.

He noted a rise in security-related interests in the beauty industry, which is why Securikett returned to Luxe Pack Monaco for its second season.

“Numerous layers of paper are possible,” said Stephane Guillochon, the company’s production director, who explained that with the process it’s easy to develop a prototype or make changes during the production phase. Delta Composants can also deliver small orders.

Regarding some other packaging trends, Fabrice Legros, designer and artistic director at Studio Pi Design, said: “There is clearly a return to high perfumery.”

The 2013 Luxe Pack in Green award went to James Cropper for its reclaimed fiber plant that recycles paper cups, which generally are either thrown away into landfills or burned. The process involves extracting cellulose fiber from PE-coated cups that then is used for making high-quality paper. Energy is generated from the PE coating and the remaining mineral and fiber mud is incorporated in agricultural supplements.

Beyond Monaco, the Luxe Pack franchise keeps expanding. The next New York session, running from May 14 to 15, 2014, will debut Luxe Promo, a new show-within-a-show dedicated to promotional items for the beauty and beverage industries, at its new location, Pier 92.