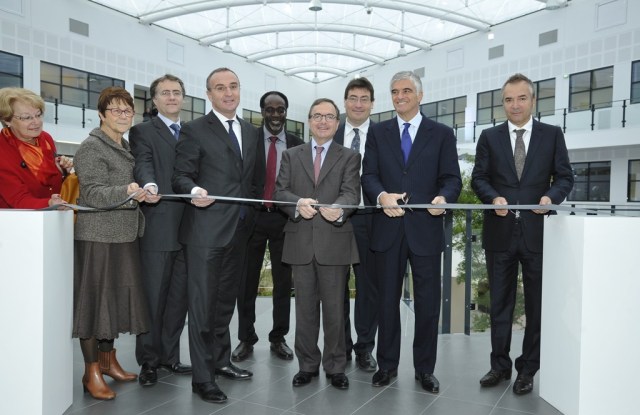 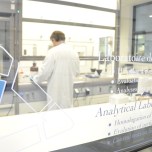 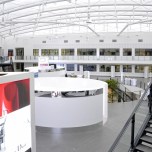 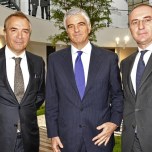 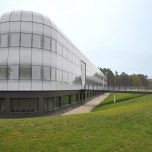 PARIS — Bernard Arnault is a very hands-on luxury titan — occasionally even having a hand in architecture.

That’s the case with LVMH Moët Hennessy Louis Vuitton’s new research facility for its fragrance and cosmetics activities, based just outside of Orléans, France. It is named after the Greek sun god, Hélios.

From the outset, Arnault liked the shape, “which is quite unique because it favors and enhances the connection between the three key dimensions of what we are doing here, which is research, formulation and — [an element] getting more and more important — regulation,” said Martinez.

“He was really involved in the way we designed the roof,” said Martinez, of the transparent, skinlike structure. “[Arnault] was clearly involved in the facade, from the outside, and had the idea of having a second level of architecture.”

The 200,000-square-foot center in Saint Jean de Braye houses 250 research scientists from more than 20 disciplines, such as ethnobotany, which create some 1,200 products each year. It is focused primarily on the brands Parfums Christian Dior, Guerlain, Parfums Givenchy and Fresh — although other LVMH beauty labels are also involved.

LVMH invested between 30 million euros and 40 million euros, or $40.6 million and $54.1 million at current exchange, in its construction, according to the company.

Modern and streamlined in black, white and gray tones, the Arte Charpentier-designed building sits on a 55-hectare, or 135-acre, park and complies with France’s High Environmental Quality standard, which involves limiting the environmental impact a building has while ensuring its optimum interior living conditions. To build the structure, 200 trees were cut down but 450 were replanted, for instance.

From the central area, with its undulating roof, staircases lead up to the labs and there are steps downstairs, to a garden level where there is a library, forum and training or meeting rooms. Natural light floods into the entire building.

Raw materials are stored in its lowest level.

Hélios is located in the region know as “Cosmetic Valley,” which is also the name of a business cluster comprised of numerous beauty companies. With the organization, LVMH research will be working on a program that involves helping nurture some small and medium-size companies in the sector, and also includes Orléans University.

Hélios, which has been running since September, can accommodate up to 300 researchers.

New products generate between 20 percent and 25 percent of LVMH’s perfume and cosmetics revenues that in 2012 amounted to 3.61 billion euros, or $4.64 billion at average exchange. The division has about 200 patents and invests between 2.5 percent and 3 percent of its sales in research and development.