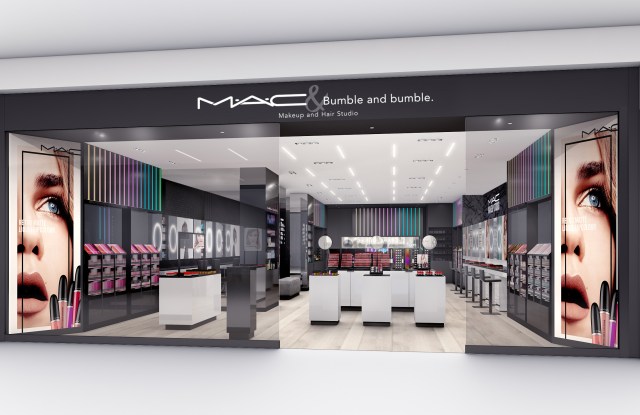 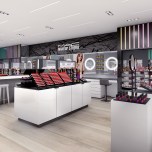 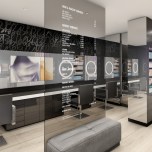 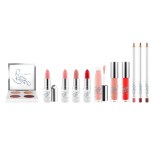 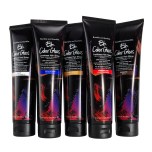 The leading blow-dry bar and pioneer in a growing express service category is about to get some high-profile competition from MAC Cosmetics and Bumble and bumble.

Today, the two Estée Lauder Cos. Inc.-owned brands will open the MAC & Bumble and bumble Makeup and Hair Studio, a new retail concept that’s half-express salon specializing in blowouts and makeup application and half-retail store. The 2,200-square-foot space will bow in Dallas’ NorthPark Center — a hub for luxury shopping and a top five market for both MAC and Bumble and bumble.

“Artists [from MAC and Bumble] have been collaborating — that’s been going on for a long time — but the company historically hasn’t tried to put the brands together because consumers experience the brands individually,” Andriani said in an interview at Bumble and bumble’s newly revamped salon space in its Meatpacking Industry headquarters here. “It’s innovative in its interpretation but it immediately felt so right because it’s so core to what we do. We’re primarily an artist brand that sells makeup. It’s a very current way of talking about our heritage.”

He maintained that a “push for service” spurred the concept, a result of what’s happening in the industry today where clients are having makeup done at home and consumers are regularly visiting express hair styling or makeup-only salons.

The MAC & Bumble and bumble Makeup and Hair Studio, designed jointly by both teams, is outfitted with four hair stations and two shampoo chairs on the left side and five MAC makeup stations on the right side of the space. There is open selling on both sides so consumers can browse product assortments on their own. Andriani said “a lot of glass” and transparent surfaces will hopefully encourage clients to navigate the space, and design similarities could be found throughout, such as identical mirrors installed in makeup and hair stations that allow for multiple light settings. The sharing of customer experiences on social media will be encouraged via a personalized selfie wall.

“By merchandising the products next to each other, it creates a seamless experience. There’s no transitioning like ‘This is the Bumble half’ and ‘This is the MAC half.’ It’s a fully integrated retail and service concept,” Andriani continued.

“With this new concept we’re putting the consumer at the center of the experience. It’s about, ‘What is the total look?’ rather than thinking about it from a makeup or hair perspective,” interjected Zach Rieken, global general manager at Bumble and bumble. “What we’re leading with are combined services, makeup and hair together, and then of course stand-alone [offerings].”

Blowouts are competitively priced at $50, and ponytails, braids and updos range from $30 to $90. Ten minute add-on services such as conditioning treatments or color glosses are priced at $10.

Rieken believes that a more extensive menu of services separates this venue from the competition, inclusive of makeup parties, theatrical or teen makeup application and tattoo cover-up application.

“In the past it was never in the cards for us to put the brands together, but given what’s happening in the space now it felt like a natural test. It’s a natural step that begins with a test. We don’t compete with each other [either], so it felt like a very easy combination,” Andriani explained.

He confirmed that there are no plans to open additional locations yet.

It seems like such a natural fit that Bumble and bumble would have blow-dry bars that it’s hard to believe it took Lauder this long to conceptualize the idea. But arriving later to the game might not hinder proof of concept — for either party. The MAC & Bumble and Bumble Makeup and Hair Studio might even be an exception to the first to market advantage that’s helped start-ups like Glamsquad dominate the on-demand beauty services space or Warby Parker and Greats in the direct to consumer eyewear and sneakers categories, respectively.

This is the fundamental difference between younger, venture-backed firms and legacy companies that are notoriously slow to ideate because of all the red tape, but even prior to launch, Lauder’s entree into express services is already at an advantage.

There are two main reasons why the express styling concept could be the answer to MAC’s U.S. slowdown and Bumble’s business, which is long overdue for a pick-me-up. Both companies, by default, are privy to the built-in infrastructure and financial backing afforded to any brand under the Lauder umbrella. And it’s not just the support of a multibillion dollar parent company: it’s the fact that MAC and Bumble are legacy brands and leaders in their respective categories with established brand awareness (especially MAC on a global scale). Newcomers like Glossier and Jen Atkin’s Ouai Haircare have seen quick growth and enormous social media buzz since inception, but it’s hard to compare this to an organization like MAC’s $2 billion empire.

“Going forward, as it relates to hair, express services are expected to grow 15 percent a year, compared to flat to no growth for traditional salons. We’re seeing the same in makeup services,” Rieken said. (Bumble does have two full-service salons in New York City, and there are no plans to open more.)

Express services – especially with a focus on a singular category — is the only portion of the salon industry that’s experiencing momentum. There’s Drybar for blowouts, Blushington for makeup, Heyday and Silver Mirror for facials, Madison Reed for single process root touch ups and so on. Drybar now boasts 87 locations nationwide and Madison Reed just raised an additional $25 million in funding to open 20 to 25 Color Bars over the next 18 months.

According to Rieken, it’s the above trends that make the concept especially relevant right now, but equally important is a consumer who expects an experiential retail environment that goes far beyond just selling product.

For MAC, once heavily reliant on a now declining department store business, it’s the latest in a handful of efforts to evolve its channels of distribution. In March, WWD reported that the brand would enter 25 Ulta doors starting in June, with plans to be in more than 100 doors by year’s end. Prior to the Dallas concept, MAC opened a makeup studio inside a Nordstrom in Century City, Los Angeles.

“These are two examples of us trying to make the makeup studio idea bigger and trying two different setups — one inside a retailer and now the hybrid with Bumble,” Andriani said. “We opened a makeup studio on Lexington [Avenue in New York City], and over the years we’re seeing a pickup in services in our own stores. A few years ago we introduced services in MAC stores.”

But the idea of a formalized service menu where clients can book in advance differentiates the Dallas venue from the 220 freestanding MAC stores in North America.

It’s also a significant retail play for both brands. Andriani projected that a breakdown of revenue could see 25 percent of the business coming from services, with the remaining 75 percent driven by product sales.

“That would be over three times more than an average MAC store where we offer services. In an average MAC store, eight percent of revenue comes from makeup services that we offer,” Andriani pointed out, adding that even though people experience hair styling and makeup application at different cadences, having the ability to do both in the same space could influence cross-pollination of service.

There’s a high probability of cross selling between brands as well. A client getting a blowout might purchase hairspray or a dry volumizer, but they might pick up a MAC lipstick while checking out too. If pleased with the outcome, clients are also more apt to purchase product used in either a hair or makeup services on the spot.

Also, Rieken believes the model has potential to bolster Bumble’s overall distribution ecosystem. As the concept only offers express styling, he sees the concept as a powerful driver of referrals to local salons for cuts and color.

Bumble, while a fraction of the size of MAC, is said to be a $100 million business, driven by distribution in network salons, multichannel specialty retail and direct sales at bumbleandbumble.com. A current lineup spans about 85 products, including recent launches such as Prêt-à-Powder Très Invisible Dry Shampoos in Original and Nourishing versions.

“It definitely has the legs to go other places, but we have a lot to learn. There’s only one on the drawing board right now,” said Andriani, pointing out that the team will closely track whether consumers are shopping one of the brands or both and if clients prefer standalone or combined services. On-demand services as part of the offering are also being explored.

He added: “I think back to why we chose Dallas, it’s one of the top five beauty markets, and NorthPark in particular has a highly engaged beauty consumer that is the perfect target for this idea. This is primed for a success factor.”