Made In Italy: Beauty’s Big Players

Many companies in the beauty business in Italy make product origin and craftsmanship a selling point. 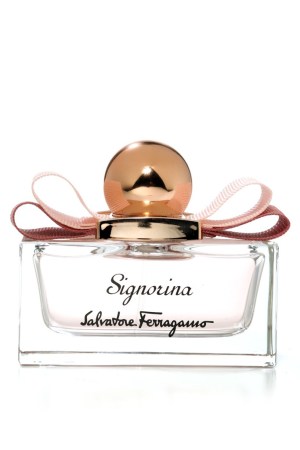 The label “Made in Italy” is more famous in fashion than in cosmetics, but many companies in the beauty business in Italy also make product origin and craftsmanship a selling point as they supply cosmetics firms around the world.

Beauty’s roots, like many other things, go deep in Italy. Legend has it that a 14th-century Carthusian monk was responsible taking flowers on the island of Capri and turning them into the Carthusia perfume still popular today — and he was not alone in realizing Italy’s potential.

In 2012, Italian cosmetics companies generated an estimated 6.181 billion euros, or about $8.17 billion, in Italy and another 2.88 billion euros ($3.8 billion) in exports. Projections for 2013 show a slight drop domestically (1.5 percent) but a 7 percent increase in exports.

Among the big players:

• Dario Ferrari founded Intercos in 1972, and since then the Agrate Brianza, Italy-based company has expanded its operations and production worldwide, with plants and commercial offices in the U.S., Malaysia and China, as well as an additional commercial office in France. Intercos is the best-known manufacturer of color cosmetics, producing lipstick, eye shadow, mascara, foundation, powder and eye and lip pencils for some of the biggest names in the market.

• In 1975, having taken over his father’s pharmaceutical business, Roberto Martone founded Industrie Cosmetiche Riunite (ICR) and began developing an Italian fragrance business with fashion expertise. In 2002 he launched Italian Fragrances, or ITF, and today the ICR-ITF powerhouse — with production based in Lodi, outside Milan — handles the manufacturing and distribution for Blumarine, Blugirl, Dsquared2 and Trussardi fashion fragrances. ICR-ITF’s newest fashion license, Pomellato, will make its debut in September.

• Euroitalia, founded in 1980 by Giovanni Sgariboldi, “transfers Made in Italy fashion and design into perfumes and luxury cosmetics,” according to its mission statement, with licensing agreements for the Versace, Moschino, Alessandro dell’Acqua and John Richmond high fashion fragrances. Based in Cavenago di Brianza, outside Milan, in 2012 Euroitalia took home the Accademia del Profumo’s award for best women’s fragrance made in Italy with Versace Yellow Diamond, and this year its Versace men’s fragrance, Eros, is in the running.

• Perfume Holding — the result of a 2010 merger between Italian firm Morris Profumi and the French company Selective Beauty — has three main branches: Paris, for marketing and creation; Milan, for sales and finance, and Parma, for manufacturing. Controlled by Investindustrial and the Orlando private equity fund, Perfume Holding holds fragrance licenses for John Galliano, La Perla, Ferrari, Ducati, Fiorucci and Iceberg, among others.

• Before it was a division of Coswell Group, Eurocosmesi, created in 1988, was part of Guaber, and it, too, staked out Italy’s selective perfumery market, with licenses including Byblos, Renato Balestra and Gandini. In 1989 the Swiss skin care brand Transvital joined the fold, promoted through the Swiss Beauty Center at Cortina D’Ampezzo’s ritzy Cristallo Hotel Spa & Golf.