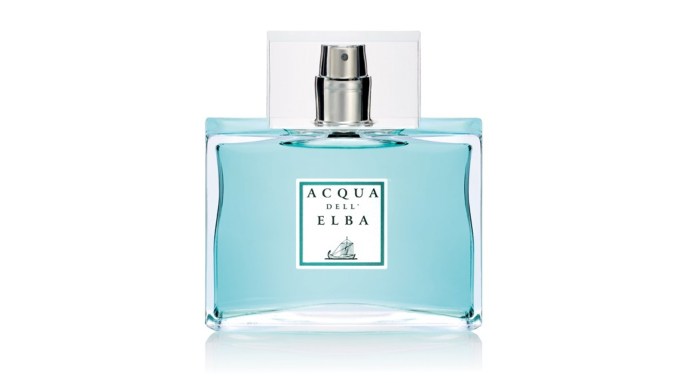 Italy’s dominant role on the international beauty scene goes beyond savvy packaging and innovative powder technology. Many insiders note that Italy itself is the source of a rich variety of natural ingredients that can be harvested and used in cosmetics.

“All along the ‘boot’ you can find high-quality raw materials,” said Fabio Rossello, president of Cosmetica Italia, the trade association of Italian cosmetics firms, referring to the Italian peninsula’s famous shape. “If in the north, for example, you find mint from Piedmont, in the south you can’t forget the citrus family of bergamot, lemon, orange and cedar.”

Rossello noted that olive oil and its spin-offs, as well as grape and vegetable extracts, lavender and aloe, are also cultivated in Italy, and that demand for products containing these raw materials remains high. He estimated that overall, Italian cosmetics exports were set to increase by 7 percent this year over 2013, for a value of 3.4 billion euros, or about $4.41 billion at current exchange.

In Collistar’s Ti Amo Italia (“I love you, Italy”) launch this year, natural ingredients were prominently illustrated on packaging with a map showing where in Italy they were sourced. “All the ingredients we use come from certified Italian producers and we’re reinforcing our efforts [in this sense]. Indeed, we are developing a new project that should lead to the first direct collaboration with a local producer,” said the firm’s chief executive officer, Daniela Sacerdote.

Giovanni Sgariboldi, founder and president of Euroitalia, which holds the fragrance licenses for Versace, Moschino and John Richmond, said his company regularly selects bergamot, lemon and mandarin from Italian farms.

“In many of our fragrances, at least one of these ingredients is present,” he said, citing Versace Yellow Diamond and Versace Pour Homme as examples.

Ferragamo Parfums president Luciano Bertinelli said the selection of such ingredients also helped bolster a company’s overall “Made in Italy” image, a powerful brand with consumers.

“During the fragrance-making creative process, we always try to include exceptional Italian ingredients in the blend, because they are the very emblem of the Italian lifestyle,” he said. Calabrian bergamot was used both in the brand’s Tuscan Soul Punta Ala and Acqua Essenziale Blu juices, and Florentine iris was included in Tuscan Soul Viola Essenziale, Bertinelli said.

Roberto Martone, president of ICR and ceo of ITF, the group that produces fragrances for Blumarine, Dsquared2, Pomellato and Trussardi, said a wide range of Italian ingredients could be found in those scents, too.

“The ingredients harvested in Italy that we use the most are the iris from Florence, lavender from Umbria, artemisia from Tuscany, mimosa from Liguria and orange blossoms from Sicily,” he said, adding that Italy also produces rosemary, thyme, sage, mint, Sicilian myrtle and almond extract.

Martone’s love for Italian plants led him to include a special garden in his Magna Pars Suites Milano luxury hotel, which opened in 2012 and was born out of his family’s old perfume factory: The garden contains olive and maple trees, as well as “Pyramidalis” hornbeams and liquidambar, which Martone said is known in the fragrance world “for the odorous resin it produces, called storax.”

“For some time now, there has been a much greater sensitivity on behalf of consumers not just to raw materials, but to their quality,” he added.

“There is a growing consumer awareness of ingredients, spurred in part by the move by some brands to push one key ingredient in fragrances,” she said. “There’s greater interest in the olfactory pyramid [often used to structure fragrances], which years ago you didn’t really see….There’s also more sensitivity to the fact that natural resources are limited. There’s social pressure on companies to pay attention to where and how we get our ingredients. It’s an effort we must make.”

“When you are an Italian brand, it’s important to express yourself through the beauty of Italy and also to contribute to protecting its heritage. That doesn’t mean you’ll never use sandalwood or benzoin, for instance, but it does lead you to invest heavily in Italian raw materials,” Manini noted.

“If you want to get the best turquoise, you go to Iran, and likewise the best bergamot in the world is in Calabria,” she said, noting Bulgari scents Omnia Crystalline and Le Gemme Citrina are among the juices containing this ingredient. “There are always substitutes, but this is the choice of top perfumers.”

Lesser-known ingredients Bulgari uses in its perfumes include broom, an evergreen shrub found in Calabria, and juniper from the Piedmont regions.

Davide Bollati, founder and chairman of the Davines and Comfort Zone hair- and skin-salon brands, said he has long favored natural and organic ingredients. He, too, ticked off olive oil, citrus fruits and herbs such as sage and calendula as local treasures, but noted that Comfort Zone has also worked more unusual elements into its skin products.

“For the Aromasoul Volcanic Scrub, we worked with a special, ultrafine lava powder, rhyolite, derived from silica-rich lava rocks originally from the volcanic magma of Stromboli [in the Aeolian islands]. It’s the perfect mineral to regenerate and smooth skin without compromising its hydrolipid layer,” Bollati said. He also referenced a tomato-skin extract with powerful antioxidants proposed by the University of Bologna that Comfort Zone uses in its Skin Defender Urban Protection line.

Consumer appreciation for such innovations led Comfort Zone to partner this fall with Tuscan hotel group Fonteverde Collection and its three thermal resorts, each of which is located inside a historical Italian residence and adheres to long-standing local spa traditions. Under the agreement, Comfort Zone’s top products and treatments will be available to resort guests.

Well-established beauty emporiums aren’t the only ones to recognize Italy’s potential: A fresh crop of entrepreneurs has seized the moment to launch new brands that base their entire identity on high-quality natural raw materials.

Artisanal fragrance label Acqua dell’Elba, for instance, relies almost exclusively on ingredients from Elba island, off the coast of Tuscany, such as rock rose, myrtle, rosemary, seaweed and jasmine, the last of which founder Fabio Murzi said “has a warmth that makes it a good alternative to more exotic [and foreign] ingredients like patchouli.”

Murzi, his sister Chiara Murzi and Marco Turoni, all native islanders, started the brand in the late Nineties, and while it has slowly grown to 24 monobrand stores and more than 300 perfumery sales points, these are currently limited to Italy.

“Expansion outside Italy would require making operations significantly bigger — we have no immediate plans for that. However, as we think of the future, we are considering monobrand stores in places like Paris, London, Munich and eventually New York,” Murzi said.

Gabriel Balestra, ceo and international director of branding and merchandising for Skin & Co. Roma, is originally Italian but has been living in New York since 2004. Building on his family’s decades of experience harvesting truffles in Umbria, he founded a truffle-centric cosmetics company in 2013 that now sells its products in the U.S., Japan, South Korea and Hong Kong, with further development planned next year in Europe and South America.

“Truffles are really strong in antioxidants that have been studied for their brightening and tightening properties. We use truffle extract in our products and depending on the product we are making, percentages can vary,” Balestra explained, noting that serums and moisturizers contain higher levels than body creams.

“Truffle hunting is a very hard job, since truffles are found one at a time in several parts of woody areas that are called farms,” he said. “We have farmers that have been working with us to collect truffles over the years and [the number collected] changes every year, depending on the season.”

Balestra added that consumers are “becoming more and more savvy” when it comes to cosmetics, wanting information about “the origins of the ingredients in the products they use” as well as the environmental impact of those products and ingredients.

“Made in Italy is still a game-changer in any industry. Americans love Italy; they appreciate, value and trust Italian products….They want the Italian lifestyle to come with their products,” he added.

Asked if Skin & Co. Roma would consider expanding into other Italian ingredient categories, Balestra said it was a possibility.

“Umbria is home to a vegetation that offers a variety of ingredients that can be used in skin care, such as grapes from the Orvieto area,” clay and sunflower, he said.

Launched in 2011, another beauty brand on the upswing is Arangara, based in Ardore Marina, Calabria, on the so-called “Jasmine Coast.” The company name comes from “a’rangara,” which means “orange tree” in local dialect. Ceo Giovanni Zappavigna’s grandparents started the farming business around 1950, although the family had already been in agriculture for decades. When he took over the reins from his father, Zappavigna “wanted to do something different, to go beyond the typical farm.”

Arangara derives essential oils and vegetable complexes from the citrus plants on its 25-acre organic farm, and extracts vitamin-rich water from the fruit skins.

“Instead of using normal water, we use this mixture, which gives our creams an unusually high percentage of organic ingredients,” Zappavigna said. Arangara also harvests a special kind of aloe vera, and prides itself on traceability: “We can tell you when we collected the oranges and from what tree,” by reading labels on the products.”

The brand’s first commercial coup came through a deal with the Four Seasons hotel chain, which exclusively carries Arangara’s Il Giardino line. Arangara’s products are also found in other high-end hotels, and at the Eataly food emporium. At present, the brand counts about 100 sales points in Italy, Zappavigna said, and a smaller number in Germany, Austria, the U.K. and Japan. In the U.S., Arangara products — like Skin & Co. Roma’s — are available through the Birchbox mail-order service.

Italy’s major strength in the beauty sector, Zappavigna added, lies in its ability to transform ingredients. He cited the example of a type of Calabrian grape vine that produces a strong wine called “negrello,” but has also been used in cosmetics to greater effect. “We know how to breathe new life into ingredients that are typically used for something else,” he said.