Manny Mua on His First Product Collaboration With Morphe

The YouTuber opens up about his five-year relationship with Morphe, losing followers to Internet drama and his 2020 content plans.

Manny Mua is teaming with Morphe on a palette and brush curation.

Manny Mua is the latest beauty YouTuber to unveil a product collaboration with Morphe. The vlogger, whose real name is Manuel Gutierrez, was Morphe’s third influencer affiliate and has been working with the company for the past five years. In 2017, he launched his own beauty brand, Lunar Beauty, which entered Morphe’s stores and web site last year.

On Dec. 5, Gutierrez launches his first product partnership with Morphe. The Manny Mua Collection consists of a palette featuring 12 eye shadows and two highlighters, as well as a nine-piece curation of the influencer’s favorite brushes for face and eye.

In an interview with WWD, Gutierrez said the price range of the line, $20 to $48, is lower than that of his Lunar Beauty brand, allowing for followers of his who might not normally be able to buy Lunar Beauty to afford this collection. The brush curation in particular is valued at $85, but priced at $48.

On Dec. 7, Gutierrez will host a holiday toy drive at the Morphe store in Dallas, Tex. Those who donate will receive 20 percent off Morphe Core and the Morphe x Manny Mua palette, among other collaborations. Gutierrez will also host a launch party for his collection. There, guests will be able to make custom Build-A-Bear’s to be donated to Toys for Tots and Los Angeles’ LGBT Center. 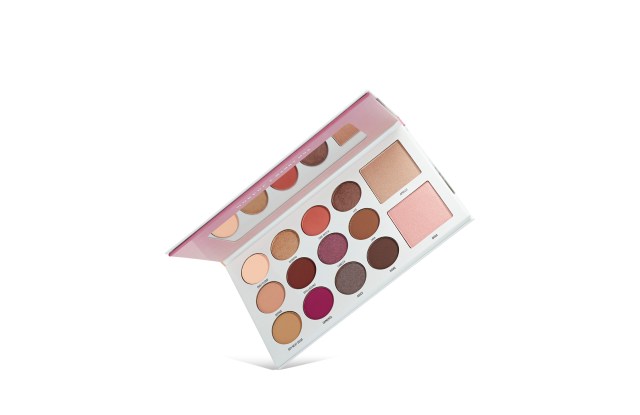 The past couple of years have given way to a number of feuds in the YouTube beauty community, one of which involved Gutierrez. The vlogger took a break from social media following the Internet drama, which originally played out in 2018 and continues to impact his subscriber and view counts.

In a video uploaded to his channel in September, “I was ‘Cancelled’ last year, let’s finally talk about it,” Gutierrez revealed that the drama cost him “hundreds of thousands of followers.” His views are currently down about 35 percent for the last 30 days, according to Social Blade, which also estimates his monthly YouTube earnings are between $624 to $10,000.

“I took a long break from my socials last year [and] the platforms I took a break from don’t really like that,” Gutierrez told WWD. “You start to lose the algorithm, you start to lose trust. For me, it was more important to be a normal human and take care of myself first, and I’m grateful I did it. Of course, you have to pay for it in a way. You lose followers, you lose engagement, all these things if you’re not consistently posting. That’s just how it works.”

During his social media cleanse, Gutierrez focused on spending time with his family, who inspired shades and shade names in his Morphe palette. The shimmer shades — Aries, Cancer, Leo and Scorpio — are named after his family’s zodiac signs.

Gutierrez’s followers are 90 percent women, 10 percent men, with a primary age range of 18 to 24. They are mainly based in the U.S., followed by Canada, Europe, Mexico and Australia.

“The fun part about having the age demo I have is we have young adults that are trying to come into their own,” he said.

His most popular YouTube videos are his “story time” clips and product reviews. “My main followers love to see when I do story time,” he said. “I talk about crazy experiences I have in my life, wild things. They love when I do reviews of products and my brutal honesty. They know they’re gonna get a truthful review.”

He recently joined TikTok, which he called “just a fun platform.” In 2020, his content strategy is to create not just for the views.

“Going forward, I want to create content that I’m proud of and happy about, not content I think people are gonna watch only,” he said. “Even if it doesn’t get as many views as other things do, at least I can say I’m proud of it.”