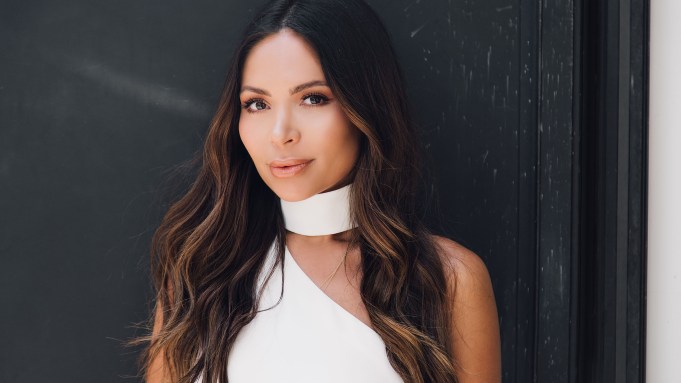 Beauty superinfluencer Marianna Hewitt and business partner Lauren Gores are taking their social media knowhow and parlaying it into a new business.

They are launching Summer Fridays, a direct-to-consumer skin-care brand that will be sold exclusively at summerfridays.com. The first product, a hydrating cream Jet Lag Mask, will go on sale in January. Hewitt and Gores, ages 31 and 30, respectively, are introducing one item to start so as not to overwhelm customers — a result of Hewitt’s guest room now functioning as a makeshift beauty closet to accommodate the onslaught of skin-care and makeup products she receives daily.

“As bloggers and influencers we know what it’s like to get packages with so many things that you feel overwhelmed. It’s too much stuff…I don’t know what to do with it [all],” Hewitt told WWD during an interview at 11 Howard in Manhattan. Combined, Hewitt’s @marianna_hewitt and Gores’ @laurengores Instagram accounts have nearly 827,000 followers (774,000 of those are Hewitt’s), and Hewitt’s YouTube channel has garnered 20 million views to date.

“We wanted to focus on one product that was amazing. You can try this one thing — and we feel so confident to launch just one product — that we know people will love it and be a fan and that when the next one comes out they’ll be able to concentrate on the new one,” Hewitt said.

The Jet Lag Mask, $48, is a clean and effective “good for you face mask with really fast results” that’s meant for the “girl on the go,” according to Gores. As a new mom — who “constantly feels jet lagged even though I don’t fly anywhere,” she joked — the refreshing peppermint-infused formula works to hydrate her tired skin and plump up fine lines (the brand is currently undergoing a round of clinical testing in order to support these claims).

Formulated with antioxidants such as vitamin C, chestnut extract to activate natural exfoliation, green tea, ceramides and niacinamide (a naturally occurring compound of Vitamin B3), the two suggest leaving the mask on for 20 minutes, even though it can be left on longer or even overnight. The product also doubles as a primer that, when blotted with a cloth or tissue instead of rinsed off, works as a base for makeup or becomes the first step in one’s beauty routine.

“It complements all the other products that you’re using…We don’t want to compete with other brands, we want to complement other products,” said Hewitt, who has worked with some of the leading beauty players in the world, including La Mer, Kérastase, Dior and Armani Beauty, where she is about to wrap up a yearlong digital brand ambassadorship.

She’s also about to release her second beauty box with Revolve, following a first that sold out twice this summer, and is reportedly in talks with two major beauty brands about inking an ambassadorship deal for next year. Hewitt declined to comment on any future partnerships. In addition to her work with leading beauty and fashion names, Hewitt has a proven selling power evidenced by production of her second “Let It Glow” Revolve beauty box being significantly upped to meet consumer demand and RSVPs for two events with Armani Beauty and Allure and Revitalash she hosted last month that “maxed out” in 60 seconds each. The cofounding of her own brand will allow her to harness that even further.

She and Gores already have their entire first year’s product lineup complete, which includes three more targeted masks that will be released at a quarterly cadence.

It’s all part of a carefully thought-out business strategy — as is the formulation, branding and packaging. This includes everything from the shape of the tube (it won’t roll all over the place, lending itself to easy photography to share on Instagram); to the material of the tube (it’s aluminum and holds its shape so it remains photogenic even once its used); the color (a periwinkle blue is meant to represent the hydration properties of the mask); the placement of the branding on the tube (the typeface is slightly larger and runs horizontally to allow for photos from any angle); the size (it’s under three ounces to meet TSA requirements and is also more travel friendly than a jar), and the name (because who doesn’t love “Summer Fridays?”).

Packaging was paramount because not even the most useful product will see the light of day on Instagram if it doesn’t look pretty. And when a product isn’t shared on Instagram by the influencer it was directed to, it’s always a major blow for the brand that hoped a post, a story or video from that influencer would help it gain more followers, increase awareness and — base-case scenario — even drive sales.

“Lauren and I both know if it doesn’t look good we’ll post it on [Instagram] Stories, and if it’s photogenic we’ll post it on our Instagram feeds. No matter how good the product is, if it doesn’t look good it’s not getting posted,” said a candid Hewitt of the harsh reality of product posting, revealing that this mentality dictated the design process.

She believes that yardstick (“Is this girl going to share it?”) should be the standard for how any company designs its products today.

It extends beyond packaging and aesthetics, too. Hewitt and Gores said the ritual of “masking” has itself become a social media moment that people have begun to share with their peers and followers. Whereas one might not Instagram washing their face, for instance, they might snap a picture or Boomerang with a mask on and post it online.

“For us, we thought social first. You probably have tried to take a picture of a product for Instagram and it was rolling around everywhere, and it’s just annoying to take a picture of. We thought, ‘If I was a consumer and I wanted to Instagram this’ then it has to be photogenic…Everything is made with our girl in mind. A lot of companies start brands and they don’t know who their consumer is, [but] we have our audience and we know who she is,” Hewitt added.

And who is she exactly?

According to Hewitt, their customer is aged 25 to 34 and has a little more money to spend than someone just out of college — but not enough disposable income for weekly facials. She wants a quality product that yields fast results with a price that costs less than a facial that she can do all the time (and on her own time). She wants a prestige beauty product, but one that’s still within her means, which dictated pricing in the $40 range.

The two stress the importance of self care and want their consumers to incorporate this mask into their self-care rituals to have “that Summer Friday feeling to their skin all year long.” This is reflected in the brand’s tagline: Your Skin Deserves It.

“When you prioritize that…and if you do something that makes you feel good it trickles into every part of your life,” said Gores.

But packaging is, of course, still secondary to formulation.

Gores explained that the two were careful about their ingredient choices during the product-development phase, a result of her pregnancy and Hewitt’s sensitive skin. Gores said the cream-based formula was created from scratch with a mission from the onset to make a product that was clean but effective. There’s an “absolute ‘No’ list” of ingredients that Summer Fridays won’t formulate with (it’s free of parabens, synthetic dyes and fragrances, sulfates, phthalates, propylene glycol, mineral oil, silicones and is also cruelty-free and vegan) but they are clear that it’s not a 100 percent natural line. For their first product, the two steered clear of glycolic acid, which is a no-no when pregnant, but are open to incorporating the effective exfoliant in future masks.

“For some products to be effective you do have to have some [synthetic] ingredients in there, but they have to be the cleanest of options. There are definitely products that are amazing that have certain things [that are man-made], and people see a word and get afraid. If it sounds like something you can’t read sometimes, you become afraid but it doesn’t mean that these ingredients aren’t good. It just doesn’t say [something as simple as] ‘green tea’ on packaging,” Hewitt said, noting that Summer Fridays is produced at a facility in Salt Lake City that specializes in natural and organic beauty.

Hewitt and Gores will also elevate the level at which they engage with followers by letting them participate in the development of future products. Following the release of the four masks in 2018, the two will rely on crowdsourcing to decide what to produce next. This is reflected in their launch strategy for the Jetlag Mask, which includes two events — one in New York and one in L.A. — that each have a community aspect that allows for non-press and influencer guests to attend and partake in the social media buzz leading up to the release of Summer Fridays.

“A lot of brands have these great parties and our girl is sitting at home and doesn’t get to go. We want her to come, we want her to meet us because we know that power of people who only have 100 followers on Instagram. We don’t want to alienate those girls because we know how important she is to us because she’s our customer,” Hewitt said. “We know how it is: you meet a brand founder and you feel more connected to the brand. If they connect with me and my story or with Lauren and her story, they’ll love the brand even more because they love us.”

For the time being, summerfridays.com will be the brand’s sole distribution channel, but Hewitt and Gores are open to strategic retail partnerships in the future.