At P&G, the A.G. Lafley era has ended. Robert McDonald will succeed Lafley.

By Andrea Nagel and Molly Prior on December 8, 2009
View Slideshow 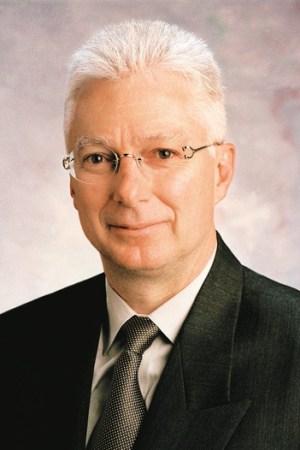 “The next major beauty innovation could come from anywhere.”

Truer words were never spoken as they were by A.G. Lafley in 2001, as he targeted Procter & Gamble Co.’s Olay as a possible billion-dollar brand. That prediction became a small part of his legacy Tuesday as Lafley announced he will give up his role as chairman Jan. 1, and retire from the $79 billion firm on Feb. 25, marking an end to a 32-year career there. Lafley is 62.

Robert McDonald, 56, president and chief executive officer of P&G since July 1, has been elected chairman to succeed Lafley, in addition to his other responsibilities, effective Jan. 1. The moves weren’t unexpected. Five months ago, when Lafley stepped down as ceo and president, he quipped he would stay on at the company for “as long as the board and Bob can tolerate me.”

Wall Street hailed Lafley as a corporate visionary. “A.G. leaves big shoes to fill,” said Caris & Co. analyst Linda Bolton Weiser. She recalled that when Lafley landed the ceo post in 2000, P&G’s volume growth had dipped and organic top-line growth was slightly positive. Since then, according to Lafley’s biography on P&G’s Web site, annual organic sales have — on average — grown 5 percent, core earnings per share have grown 12 percent and free cash flow productivity has increased 111 percent. In his nine years at the helm of P&G, Lafley brought focus and a new corporate vision to a consumer products company that has since more than doubled sales and has grown its portfolio of billion-dollar brands from 10 to 22. Olay has grown well beyond the $1 billion mark and other brands were born under Lafley’s tenure, including Crest Whitestrips. Under Lafley’s stewardship, P&G grew beauty, personal care and grooming to $28 billion in 2008, up from $9 billion in 2003, mainly with major acquisitions such as Clairol, Wella and Gillette.

Also as ceo, Lafley reversed the company’s course, putting the consumer products giant on a path of solid growth. Weiser met with McDonald and several senior executives in Cincinnati on Dec. 1, and said McDonald plans to closely link growth targets to the macro environment. The ceo also described the state of the economy with the acronym VUCA, which stands for “volatility, uncertainty, complexity and ambiguity.” Weiser said the company seems confident that top-line growth will accelerate throughout 2010, with 30 percent more innovation planned.

Weiser said she doesn’t anticipate McDonald will make any major acquisitions in the short term, but added there are “big holes to fill,” namely in prestige skin care.

Another analyst summed up Lafley’s legacy as, “A.G. walked on water.” Lafley’s P&G career started in 1977 as brand assistant, Joy, USA. He held various roles within P&G’s different fabric and home brands over the next 10 years until in 1991 he was named vice president, Laundry and Cleaning Products, P&G USA. In the mid-Nineties, Lafley spent almost five years in Asia in various executive roles, including president, P&G Asia. In 1998, he moved back to the U.S. and oversaw North America, and was named Global Beauty’s first president, a title he held for a year and a half before being named president and ceo in 2000.

BMO Capital Markets analyst Connie Maneaty said Lafley’s legacy is “the way he stepped inside the company at a time of turmoil.” Lafley, she said, took over the reins following misguided acquisition attempts and a poorly executed turnaround strategy. “He focused on what really mattered and that led to years of solid earnings growth,” said Maneaty, explaining Lafley’s early strategy as ceo centered on the top 10 biggest brands in the top 10 biggest markets. Lafley’s initial challenges stemmed from inside the company, but Maneaty noted McDonald first hurdles are external. “His mission is to guide P&G through tumultuous times and expand its global reach.”

Opportunities are plentiful. With Gillette, Maneaty said, “P&G really has an opportunity to expand sales for men.”

Wall Street has said the helm of P&G is in able hands with McDonald, who in his first annual meeting with shareholders Oct. 14 said he sees emerging markets as a key future growth driver for the firm, including China, India and Mexico. During the call he said, “Right now we’re touching about four billion people around the world with our products and services [and], over the next five years, we want to add another billion consumers to that….If we only took China and India and got [spending on P&G products] up to the level of Mexico at $20 a year, that would add 50 percent more sales to our business, another $40 billion. The potential for growth is amazing.”

In other P&G news, Angela F. Braly, president and ceo of WellPoint Inc., was appointed to its board. The appointment is effective immediately.