Against the backdrop of workplace disputes in Australia, the company is accused of mistreating its workers.

The new Mecca store at the Highpoint shopping centre outside Melbourne, which opened on Friday.

SYDNEY — Mecca Brands has been ranked among the 50 Best Places to Work in Australia survey for the past six years, but company founder and co-chief executive officer Jo Horgan has suddenly been forced to address allegations that the company is a terrible workplace.

On Monday, the story blew up in the Australian media via newspapers including The Sydney Morning Herald and The Age and News Corp. Australia’s The Herald Sun and Courier Mail, as well as ABC Radio Melbourne.

At time of writing, three complainants had been identified by name — Narita Salima, Brittany Withers and Kerrie Stanley. Salima and Withers claimed they were bullied and ridiculed by managers, often in front of customers.

Salima told The Sydney Morning Herald and The Age that she was fired after a month and a half, after she raised her bullying concerns with her manager. Withers told News Corp. Australia that she quit her job at one of Mecca’s Gold Coast, Queensland stores after two years due to stress.

Stanley, a makeup artist with the ABC and a former Mecca casual, told ABC Radio Melbourne that when she asked for additional time off after initially taking six weeks bereavement leave following the death of her daughter, she was told she had to resign.

“To hear all this [controversy] come to light, I’m not surprised at all,” Stanley told ABC presenter Virginia Trioli, adding, “Another makeup artist friend of mine, who worked in another store, was treated really terribly, because of her look as well. She was a bigger woman, an older woman and was told that she could not look or be the way that she was. And this woman, she did Vogue covers, she was an amazing artist, still is an amazing artist and was told ‘You can’t be that way, you’re not the Mecca way.’ That was the line that was heard quite a bit.'”

Horgan declined to comment on any specific employee matters for privacy reasons, but in a statement supplied to WWD said, “I want Mecca to be a place where our team and our customers can learn, thrive and feel empowered. To anyone who has not had a positive experience with us, I am truly sorry. There is no evidence to suggest that the negative views recently expressed on social media reflect the views of the vast majority of our 4,000-plus team members and two million customers.”

Horgan categorically refuted that any staff have ever been asked to write fake reviews for products on Mecca’s web site, another of the claims made on Estée Laundry.

Nonetheless, according to a company spokesperson, all the matters raised are being thoroughly investigated.

In a detailed statement on the Mecca Brands web site addressing the furor, the company said it meets legislative standards on pay and working conditions and has zero tolerance for bullying, harassment and discrimination of any kind.

In addition to its existing 24/7 counseling services and biannual team member feedback surveys, the company said in recent weeks it had introduced a new external complaint handling and mediation service called Stopline, as well as additional training for team members.

The company has also hired an independent human resources consultant to conduct a “listening tour” and review of its workplace culture.

“The feedback we have received recently has been a surprise as we have several feedback channels for team members and the anonymous negative commentary in recent weeks had not been raised or flagged as an issue to date in any of these channels,” the spokesperson told WWD, adding that the company has never, to its knowledge, been approached by Australia’s Fair Work Ombudsman, which enforces compliance with workplace laws, awards and registered agreements. 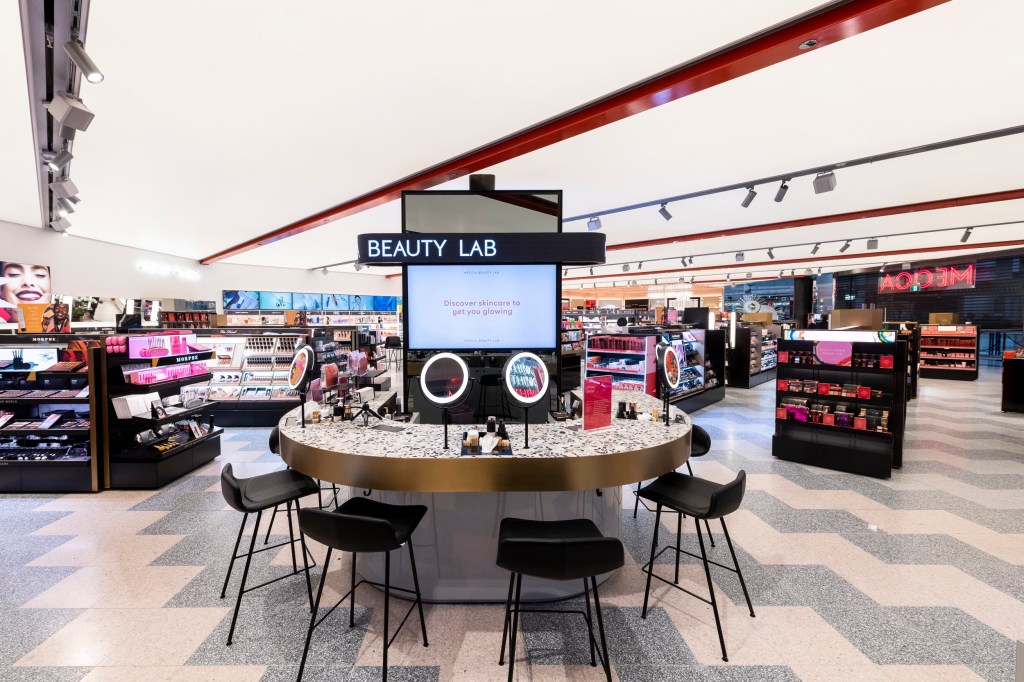 A representative for the Ombudsman’s office told WWD the organization “does not generally comment on operational matters,” but encouraged any workers with concerns about their pay to contact the office directly for assistance.

A representative for the Fair Work Commission — Australia’s national workplace relations tribunal which deals with, among other issues, claims of unfair dismissal, bullying and harassment — also declined to comment on any alleged bullying at Mecca Brands, instead referring to its published casework.

According to Fair Work Commission spokesperson Michael Holland, since the antibullying jurisdiction was introduced to the commission in 2013, there has only been one application in this area with a published decision involving Mecca Brands: an unsuccessful application for stop-bullying orders made in late 2018 by a former distribution center worker, Alemtsehay Mekuria, which was dismissed after the commission found her claims lacked credibility. Mekuria, an Ethiopian refugee, had made allegations of racism, discrimination and bullying by a group of Mecca staff members.

The new allegations are currently being examined by the Young Workers Centre, an offshoot of the Victorian Trades Hall Council and affiliated unions in the state of Victoria, where Mecca Brands is headquartered.

Young Workers Centre director Felicity Sowerbutts told WWD that prior to the Estée Laundry controversy, the organization had not received any complaints about Mecca Brands.

However, after being “tagged” on some of Estée Laundry’s nearly 200 posts about Mecca Brands in recent weeks, she said, the center has since been contacted by a dozen people across a number of states who claim to be both former and current Mecca Brands staff members, mostly young women in their 20s with no union representation.

Only one complaint regarded a pay issue, the remainder concerned claims of bullying, harassment, racial discrimination and favoritism.

According to Edwina Byrne, another Young Workers Centre spokesperson, should complainants wish to take the matters further, they could be referred to the relevant state-based statutory authorities and bodies for independent investigation, such as WorkSafe Victoria and the Victorian Equal Opportunity and Human Rights Commission.

A spokesperson for the latter said they were unable to comment on whether or not they had already received any specific complaints, due to confidentiality issues. 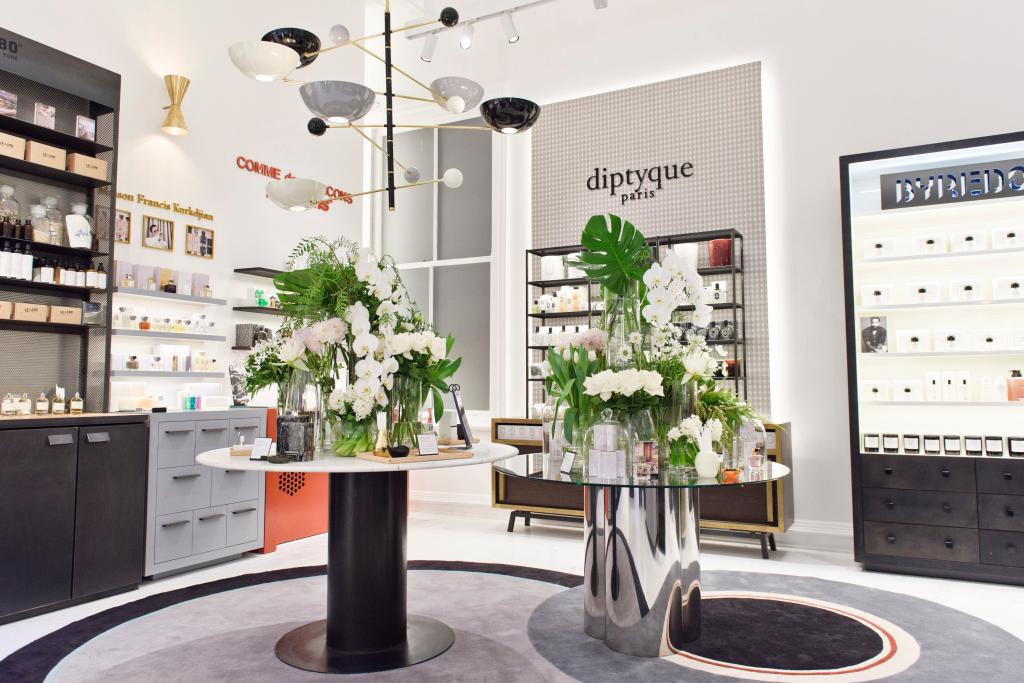 Founded by Horgan in December 1997 as a single multibrand store in the Melbourne suburb of South Yarra, offering an edit of niche beauty brands such as Nars, Stila and Urban Decay, Mecca Brands is now Australia’s largest independent beauty retailer, with 107 stores in Australia and New Zealand across its three store formats: the premium-focused Mecca Cosmetica, the younger-focused Mecca Maxima and a new concept called Mecca, the latter offering both formats within the one emporium.

IBISWorld reports Mecca Brands had an annualized growth rate of 30.5 percent over the five years through December 2019 and has anticipated revenues of calendar 2019 of 455 million Australian dollars, or $310 million, up 11 percent on the previous year, which is five times the industry average of 2.2 percent.

Some industry sources suggest the company’s calendar 2019 sales could be as high as 650 million Australian dollars, or $443 million.

The company has a slightly higher share of the Australian premium beauty and personal care market, which according to Euromonitor was worth $2.3 billion U.S. in 2018.

The Mecca Brands controversy has erupted against the backdrop of a broader explosion of workplace disputes in Australia, mostly to do with wage irregularities.

More than half the litigations involved businesses in the fast food, restaurant and café sector.

Last month the supermarket chain Woolworths admitted it underpaid 5,700 staff by as much as 300 million Australian dollars since 2010, sparking a flurry of payroll audits at multiple companies including the Woolworths South Africa-owned David Jones and Country Road Group.

Fashion and accessories retailers to have self-reported wage irregularities include the Super Retail Group, MJ Bale and Michael Hill Jewellers.

There have been calls for an overhaul of Australia’s General Retail Industry Award, which is considered by some to be too complicated.