Girl of the Moment: Melissa Benoist

The 26-year-old Glee alumna, was cast as the lead in Supergirl, CBS’s big bet for fall whose trailer garnered more than 10 million views in one week. 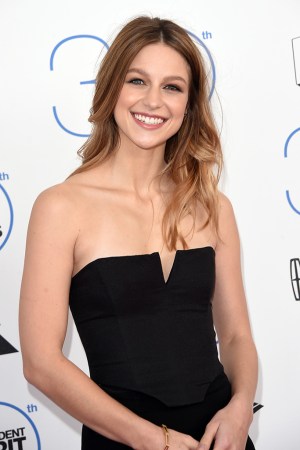 Melissa Benoist’s career is about to, quite literally, soar. The 26-year-old Glee alumna, who also had supporting roles in Homeland and The Longest Ride, was cast as the lead in Supergirl, CBS’s big bet for fall whose trailer garnered more than 10 million views in one week. Debra Birnbaum, executive editor of TV at Variety, calls it a career-making role. “Everyone’s been waiting for a female superhero to grace the small screen and Melissa is going to become a household name,” she says. But beyond Benoist’s singing, dancing and acting, it’s the Colorado native’s girl-next-door vibe that will drive her career. “She’s absolutely relatable,” says Birnbaum. “When I met her, we bonded over our shared love of Starbucks and Chipotle!”