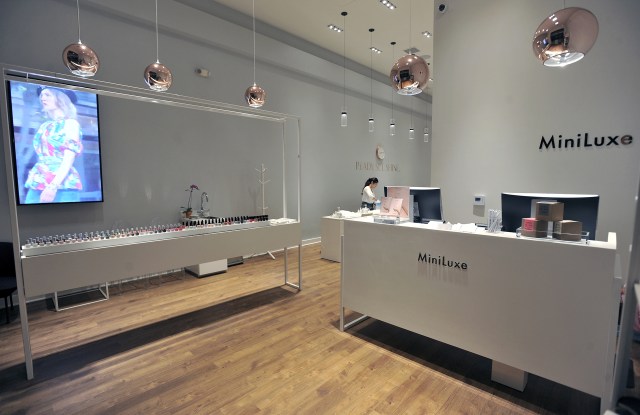 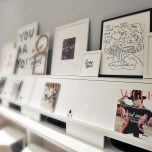 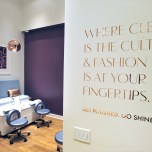 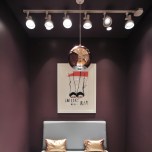 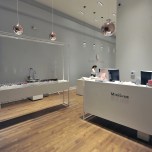 MiniLuxe is trying to Starbucks-ize nail salons, and it’s pursuing a key strategy to do so: expanding. Last week, the chain opened its first California location in the Los Angeles neighborhood of Brentwood, a preview of more to come in the state.

In the highly fragmented nail salon industry, MiniLuxe’s goal is to differentiate itself by providing consistently top-notch services from trained professionals that don’t leave customers with crises of conscience as they walk out the door. As it enters its largest market yet, it will face a critical test as to whether it can reach that goal while broadening its customer base.

“The most important measure of our success is going to be: Can we be the brand behind reimagining what nail services and waxing services mean to people?” said Tony Tjan, chairman and cofounder of MiniLuxe, and chief executive officer and managing partner of venture capital firm The Cue Ball Group. “Can we be the most trusted brand out there?”

MiniLuxe is confronting many problems associated with cheap-and-dirty manicures and pedicures. Nail salons have been slammed for labor violations, using potentially toxic products and not paying attention to hygiene. Distinguishing itself from the subpar pack, MiniLuxe is adamant its standards on those three fronts are unparalleled. When it comes to hygiene, its locations house so-called clean labs where tools are purified according to surgical criteria. MiniLuxe’s in-house nail polish brand is “five free” or, to be specific, doesn’t contain formaldehyde, dibutyl phthalate, toluene, formaldehyde resin or camphor.

Labor practices are a particular point of emphasis at MiniLuxe. The chain offers non-commission guaranteed hourly wages, 401(k) packages, paid time off and health insurance. Employees also keep all their tips and are given equity after five years with the company. “They are much more than just people painting on a nail. Could you imagine them as equivalents to baristas and as artists or designers?” said Tjan, adding, “We are at a moment in nails where there is so much more to be done to elevate it to the level of fashion.”

Rather than slapping together salons without a cohesive approach, Tjan asserted MiniLuxe is entirely intentional in its design. The chain’s aesthetic is modern and minimalistic, but Tjan remarked it’s avoided being antiseptic. The palette is largely white with contrasting hints of rose gold and wood. Fashion illustrations dot the walls. “The first set of designs leaned a little bit more on the clean, Scandinavian side. I think now we have leaned more fashion and glammed it up,” said Tjan.

Including Brentwood, MiniLuxe has 20 locations nationwide, with five in Texas and the rest in Massachusetts, where the company started in Boston. The plan is to enter new geographic areas and cluster a series of salons there before branching out to other areas. In Southern California, MiniLuxe is headed next to West Hollywood and Beverly Hills. MiniLuxe’s salons average 1,300 to 1,800 square feet with six to eight manicure stations and six to eight pedicure stations.

In 2017, MiniLuxe intends to add at least 10 units and double the size of its staff that currently stands at 500 employees. In its mature locations, Tjan reported MiniLuxe is yielding “sales per square foot comparable to Neiman Marcus or higher. What drives that is having clients that are happy, and coming in and utilizing the service through as many parts of the day as possible.” Neiman Marcus registered $548 per square foot for fiscal year 2016.

Earlier this year, MiniLuxe raised $7.5 million from Cue Ball and Horowitz Group, which were both part of a $23 million round in 2014. “We have a very, very long-term, patient vision. We think we should be very disciplined, and you never want to grow in a way that compromises quality,” said Tjan. “We don’t have any time frame on our capital. We are going into this to build a great business that generates a superior business model that reinvests in itself.”