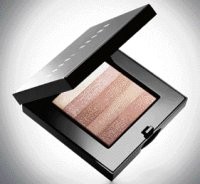 New York — Beauty companies have long realized the sizzle factor of being involved with runway shows. These days, they’re also using them for an even more pragmatic reason — to give a real-life road test to products in development. Fashion has become beauty’s backstage laboratory.

This story first appeared in the September 19, 2003 issue of WWD. Subscribe Today.

“The backstage environment offers a critical audience — the models and artists there have seen just about everything,” said Patrick Bousquet-Chavanne, group president at The Estée Lauder Cos., who oversees the company’s eponymous flagship brand as well as its backstage mainstay, MAC Cosmetics. “We can get a read right away on products —whether they’re legitimate or need more work,” he added. “Especially for color-driven brands, its a very valuable test.” In fact, in several cases, brands have been born backstage — including MAC, Stila and Bobbi Brown.

Jeanine Lobell, founder of Stila, noted a number of her current products — including the existing Demi Creme lip color and Convertible Color cheek and lip colors — have arisen from backstage experimentation. Her newest trial product is a mousse-textured cheek color, tentatively set for launch late next spring, which she was trying out on the models at Nicole Miller, m.r.s. and Lilly Pulitzer. “The texture is great for all skin types,” said Lobell, who said she’s also working on developing an eye color version of the product.

Gordon Espinet, MAC’s executive director of makeup artistry, said that this season, the brand is playing with new concealers and stick foundations. “Backstage is the best way to put products to the test,” said Espinet. “Some of our best success stories have been products where we’ve run the tests backstage. Studio Tech [a portable foundation in a compact] got its birth backstage.”

John Demsey, president of MAC, agreed, adding that a number of the brand’s best-selling and upcoming new items — including several foundations, the brand’s newly reformulated nail lacquers and a number of its color collections — have originated from backstage work. “The shows serve as labs on many levels,” said Demsey. “For day-in and day-out work, it allows us to experiment with new textures. Also, each season, the shows allow us to confirm that our upcoming color directions make sense, and if we need to tweak slightly, we do. We’re seeing that our spring collection is right on the money as far as color, texture and definition — it’s a great market read before it launches.”

In fact, a number of brands — including MAC, Shu Uemura, Stila, Shiseido, Bobbi Brown, Diane von Furstenberg Beauty and Urban Decay — were using prototype colors from their spring makeup collections, most of which won’t hit department store counters until February or March.

At Bill Blass, Frances Hathaway was using two MAC lipsticks, called “Midi Mauve” and “Politely Pink,” that were nearing the completion of their evolutionary process but won’t be fully ready for launch until the spring, she said. “It’s a special kind of thing,” Hathaway said of using unfinished product. “It’s new for starters, which strikes more of an interest than something that’s been around for years. Technology and research and development is on the side of makeup artists, helping us to do a better job. Foundations and things that diffuse light have been getting better, sheerer and more natural.”

At Marc by Marc Jacobs, Dick Page was using the prototype — estimated to be a $5,000 compact — for a new metallic cream eye liner palette that Shiseido is currently putting into production under its Inoui ID color cosmetics brand, which is only distributed in Japan. Page also used the line backstage at Narciso Rodriguez.

Two products from Diane von Furstenberg Beauty’s spring offering, called the Eclipse Collection, were put through their first acid test at the designer’s Sunday evening show. The idea was to introduce the products, called Eclipsticks cheek, eye and lip colors, on the runway, giving a first glimpse to a specialized crowd of everyone from makeup artists and models to buyers and editors.

“It’s important because you’re really going to incorporate those looks into the spring [apparel] looks and you know right then if it’s going to work or not,” said Niki Pashalidis, national makeup director for Diane von Furstenberg Beauty. “Everybody looks [to the runway] for style. You can’t just sell it on the floor right away, you have to [first] create excitement.”

At Proenza Schouler, Tom Pecheux took Shiseido’s new Perfecting Lipstick for a spin. Pecheux, who helped develop the brand’s latest color line, said the new formula “has the rich color of a lipstick, yet is sheerer and more creamy than traditional formulas.”

At Peter Som, Bobbi Brown, founder and chief executive officer of the cosmetics brand that bears her name, tested out several items backstage — including a lip gloss, nail polish, shimmer shadow brick and blush, all in pink — which she is considering for spring. The gloss and nail polish, which both are in a baby pink color, are “almost sure things for next season,” but the blush, which is temporarily called Peony, is a bright pink — “maybe too bright for retail,” Brown said. The new shimmer brick is also being tested “to see whether the colors are too pink for the average customer.” Brown added that at other shows —such as Halston and Zang Toi — she and her team tested out other items in development, including an aquamarine eye dust.

When asked if any of the products she was using at Daryl K were unfinished, Brown half-jokingly replied: “The whole bag of spring color.” She added that “spring is done” with regard to packaging and names — “But I still have time to work on the final colors.”

Brown cited a particular palette of five shades, called Pink Shimmer Brick, that was still being tweaked. “You still have time to make changes,” Brown said of backstage work, adding there is an array of faces available during fashion week. “I work with hundreds of girls and skin tones and I can see what really works and what doesn’t.”

Cynde Watson, director of global makeup artistry for Bobbi Brown, pointed out that a particular gel color smudged onto many cheeks and lips at Daryl K was also a work in progress. An existing product that is off the market in preparation for reintroduction, the tube went by Pink Truffle in backstage parlance.

Color isn’t the only thing benefiting from backstage road testing. Michael Gordon, founder and president of Bumble and bumble, noted his company was testing two new hair products backstage at DKNY Monday night — an aerosol gloss tentatively dubbed BB Gloss, and an aerosol version of its hair powders. “We’re always trying obsessively to improve products,” said Gordon. “We’ve done gloss for years, but never in an aerosol form. And since our products are intended for salon usage, there really is no better place to try them than in a backstage environment. These guys are doing hair on a whole new level — if they can hold up here, they will work for just about everyone. And the models and hairstylists are very product-savvy. If they’re giving it the thumbs-up, its a good indicator that the product will be well received. We’re also lucky to be small enough to do small test runs for shows — if we were a bigger company, we probably couldn’t, but we’ll go in production with enough of something for a show, then decide if it’s worth doing in our regular product line.”

Stylist Jimmy Paul, who was working with Bumble and bumble at a number of shows including DKNY, Bill Blass and Vivienne Tam, gave the new Bumble products — in nondescript silver cans marked with graphics like “Test me (experts only)” — a spin, as well. “Even though it’s still in development, it has been tested a lot before it reaches the show,” Paul said of unfinished products. “I make sure I like it beforehand,” he continued, adding, “You’d never take the chance that something doesn’t work at a fashion show, but I love the idea of having something no one else has.”

Rodney Cutler, owner of Manhattan’s Cutler Salon and a product spokesperson for Redken, noted while the shows provide great prelaunch feedback, it’s risky to go into the shows with too raw of a product idea. “Testing a completely raw product can be fairly risky — the stakes are simply too high,” said Cutler, who, along with his team, was working on a number of shows this week. “However, if it’s nearly done, it can be a good pre-launch indicator — and it’s also helpful once the product is launched, to point out to consumers the relationship between the runways and the product. It makes it more relevant to the consumers when you’re with them in the salon.” Cutler was using two upcoming Redken products — Cement Paste, a hard-holding gel, and Full Frame, an updated mousse — for several of the shows. “This is the final test before they go onto counters,” he said.

Several hair care lines also received their final acid test — the model critique — backstage this season, Aveda’s new Air Control, a nonaerosol hairspray which will debut in May 2004, was previewed at the Baby Phat and Jennifer Nicholson shows, while the L’Oréal-owned Kérastase brand road tested its new Nutri Sculpt line of shampoos, conditioners and styling products backstage at Behnaz Sarafpour.