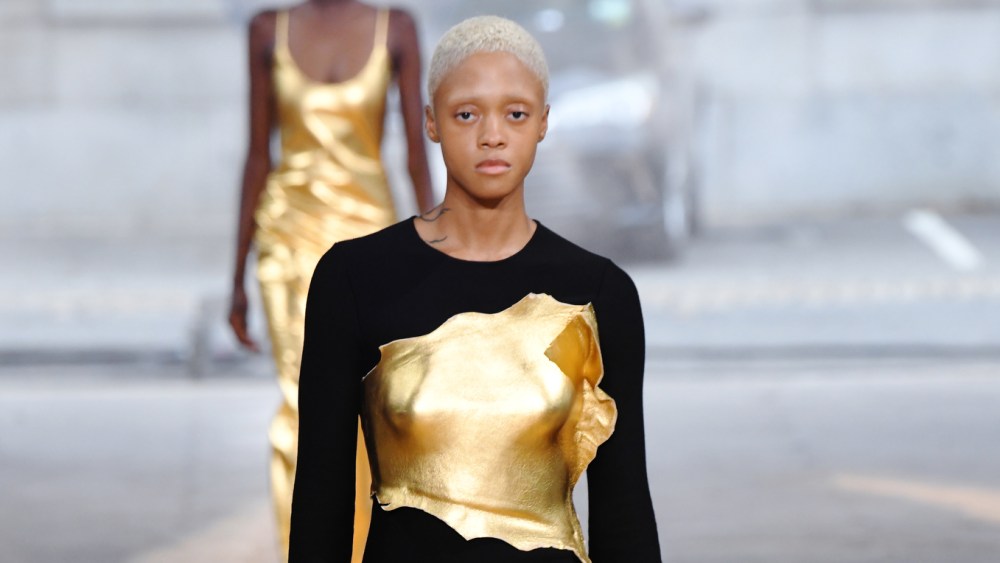 A growing cohort of models and celebrities are eschewing looser, longer tresses for shorter crops, ranging from the buzzed variety to above-the-ear pixie cuts.

Adir Abergel, the stylist behind the hair evolutions of Charlize Theron, Kristen Stewart and Sharon Stone, has seen interest heighten among his own clientele.

“I’ve been doing so many more short haircuts recently, which is shocking,” he said. “It can add a good edge, it can highlight a lot of features on your face, like making your eyes bigger.”

Abergel acknowledged that shorter haircuts are often higher maintenance — that’s where he sees the most opportunity to play. “They lose their shape easily, but the fun part is that they also transform and become other things within the time they’re growing out. You get to have fun through the different lengths,” he said. On runways, slicked pixies made appearances at Ferragamo; those of the bleached variety popped up at Chloé and Gabriela Hearst. Recent celebrities that have gone short include Dixie D’Amelio and Iris Law.

“You can really change the short haircut by changing your hair color. It’s a huge factor,” Abergel continued. “Color shifts everything so quickly.”

Here, runway looks making the most of the short-haired trend.