The company plans to ramp up its brand launching, with two to three brands launching each year.

Luxury Brand Partners is staffing up as part of its growth plan. 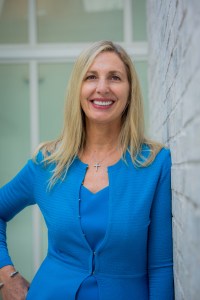 The incubator has hired beauty industry veteran Nancy Bernardini as chief operating officer, WWD has learned. Bernardini has been consulting with Luxury Brand Partners, but has since taken on a full-time role with the Miami-based business.

In the role, Bernardini will oversee brand presidents, reporting into Tevya Finger, president and chief executive officer. Dan Langer, president of R + Co, will continue reporting directly to Finger. The group’s beauty brand portfolio consists of R + Co, V76, Smith & Cult, IGK and In Common, which collectively sit either in the hair category or the makeup sector.

Bernardini was most recently ceo of Glansaol, the Warburg Pincus-backed beauty business that owned Julep, Laura Geller and Clark’s Botanicals that filed for bankruptcy in December 2018. Before that, she was president of Shiseido-owned Zotos International, a professional hair business that was eventually sold to Henkel. Bernardini also held roles at Gurwitch Products, which owned Laura Mercier and ReVive Skin Care, and at Procter & Gamble, where she worked for more than a decade.

“I was actually looking for a role outside of the industry and had an offer and this came up.…I haven’t been part of a growth company like this in a while, and Luxury Brand Partners is one of the companies I really looked at from the outside…I saw what they were doing with IGK and Pulp Riot,” Bernardini said, referencing two Luxury Brand Partners-built brands.

The business has been growing quickly, and has a history of selling businesses to strategic buyers. In 2016, the company sold Becca Cosmetics to the Estée Lauder Cos. Inc.; in 2017, it sold Oribe to Kao, and in 2018 it sold Pulp Riot to L’Oréal.

“When I met with Tev and the team, the environment here is outstanding. There’s great energy, great passion, and Luxury Brand Partners is so successful at incubating brands, building brands, selling brands, and the vision on a go-forward basis is to accelerate that a bit,” Bernardini said.

Finger noted that hiring Bernardini, who has broad beauty experience, could help the firm expand into categories besides hair and makeup. The plan is to ramp up the number of brands Luxury Brand Partners launches a year, he said, from roughly one, to two to three.

“[Bernardini] balances us out and strengthens us and prepares us for all the new action coming down the highway, especially when it comes to influencer brands…they tend to start much quicker and build much faster,” Finger said.

“We’ve become a little bit of a gold standard in the brand-building world. We can build a brand and exit it, but I’m not sure why, maybe people love the brands we build. On a weekly basis, we’re getting social media-heavy influencers calling us to build brands — it’s not just in hair anymore, it’s not just in makeup,” Finger continued.

Jonathan Sharp, the prior chief operating officer of Luxury Brand Partners, is said to be retiring.

Is the Beauty Industry Hitting Pause on $1 Billion Deals?

Eos Cofounder Sues After Being Forced Out