The fund has made its first investment — Lyn Harris' Perfumer H.

Perfumer H, the fragrance line of perfumer Lyn Harris, has gotten a minority investment from Fable Investments, the venture fund of Natura & Co.

Harris, a former Robertet perfumer who founded the London-based fragrance brand Miller Harris in the ’90s and now runs Perfumer H out of England with her husband, Christophe Michel. The brand incorporates natural ingredients and refillable options. 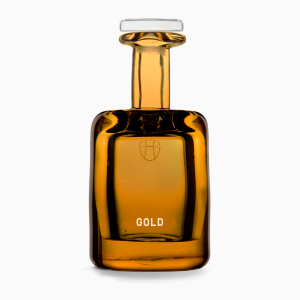 The Fable team liked the idea of the Perfumer H investment because they saw Harris as someone who broke the mold, said Fable director Thomas Buisson and Aesop chief executive officer Michael O’Keeffe.

“We were really impressed by the dedication with which [Lyn] developed the library of fragrances and the way she managed to really combine exceptional workmanship with a sense of real creativity and have fragrance that was not trying to follow any kind of commercial trends,” Buisson said.

“Lyn has built into her business model the concept of circularity and refill of the perfumes and the candles and that type of model…fits really well into the wider Natura & Co. perspective, and to an extent the business models we’re all trying to become,” said O’Keeffe. Natura & Co. has sustainability at the core of its business, and last year introduced further initiatives to address climate change, human rights and bring circularity further into the business. 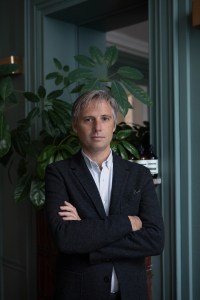 Fable technically sits under Natura & Co., but the company plans to leverage Aesop’s specific expertise in scaling without losing the soul of the brand to guide its investment brands. O’Keeffe said Fable intends to leverage relationships that Aesop has had with suppliers, wholesalers and channel partners, as well as general experience scaling.

“Aesop is a brand that has scaled without compromising on what the original idea behind the founder was,” Buisson said.

O’Keeffe credited part of that to Natura & Co. — where the three original founders are still involved in the business. “It’s always felt to me like an organization that’s run by entrepreneurs,” he said. “They know how entrepreneurs think, and when Dennis [Paphitis, founder] and myself first came into Natura & Co., we could feel that immediately. And even as we’ve taken on The Body Shop and Avon, that sense of entrepreneurialism is alive and kicking.”

He said Aesop has been able to successfully scale because the brand has leaned into what makes it different. 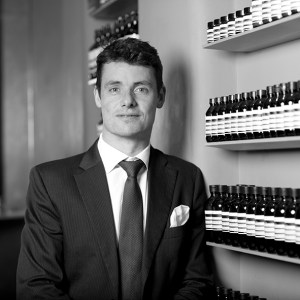 “We actually have to keep pushing ourselves and differentiating compared to the major brands rather than…you get to scale and then you’ve got to become like everyone else,” O’Keeffe said. “Some brands, they just end up morphing across to the rest of the industry and then you just lose everything, don’t you?”

“My advice to these young entrepreneurs is as you grow, become even more different,” he said.

With Fable, Natura & Co. will make 10 to 15 minority investments in small brands that already have proof of concept and a strong direct-to-consumer offering. The investment amount will vary, and may be between a few hundred thousand dollars up to about $10 million, depending on the deal. Fable will consider holding on to investments longer than the traditional private equity three to five years.

Natura & Co. joins many other major beauty companies in the establishment of a venture capital investment arm. Unilever has had one for years, investing in brands including Beauty Bakerie and Frank Body, and both the Estée Lauder Cos. and Procter & Gamble also do venture-level investing.

For Natura & Co., which operates four major brands, smaller investments may provide footholds in new markets, the Fable team said. “We’ve got a very strong Latin American presence but certainly in Asia, certainly in North America and even Europe, we’ll be looking both organically and inorganically to grow,” O’Keeffe said.

There is also the possibility of acquiring some of the investments, one day. “This is part of the process, I suppose, planting some of those seeds that will hopefully become the larger brands in the coming decades for us,” O’Keeffe said.