Despite a lackluster domestic market for cosmetics goods, manufacturers and retailers of are pushing against negative momentum.

By Pete Born and Cynthia Martens on April 18, 2014
View Slideshow 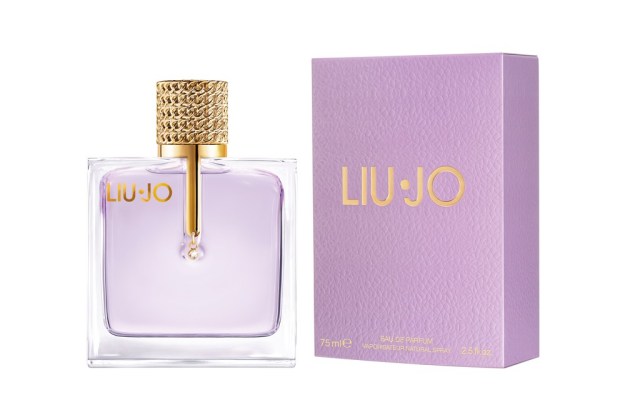 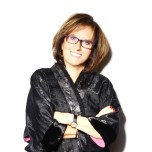 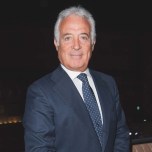 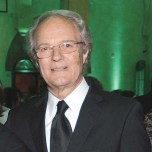 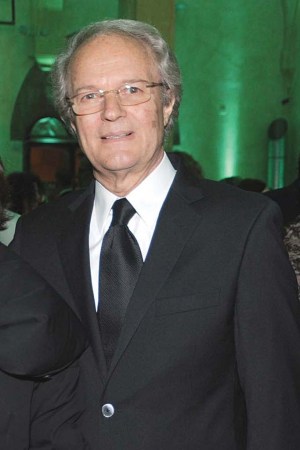 MILAN — No one retreats here. Despite a lackluster domestic market for cosmetics goods, manufacturers and retailers of beauty products are pushing against negative momentum to carve out new areas of opportunity.

Edoardo Bernardi, the new chief executive officer and general director of the Estée Lauder Cos. Inc.’s Italian branch, maintains that the local market is showing slow signs of recovery. In addition to opening new stores and improving service, Bernardi said the company was focused on “understanding consumer needs, especially where we are an authority” and expanding communication to reach them in larger numbers and in different regions.

The first Marni fragrance, which launched in 2012, has been selling well and is available at about 300 doors in Italy, while a Michael Kors fragrance launch next year will be sold initially in the fashion brand’s stores, as the label is still building awareness in Italy. “Fashion distribution has to precede fragrance,” Bernardi said.

He ticked off the gains by several Lauder brands: Clinique is growing at a rate of 2 percent more than the market and double its number of units; Tom Ford is up 60 percent since the start of 2014, and MAC Cosmetics is set to reach 25 doors across Italy this year, through nine department stores and 16 freestanding locations. The Estée Lauder brand is gaining market share with its makeup offering, which includes the new line of Pure Color Envy lipsticks and Double Wear foundation, which brought the label from fourth to second place in the foundation category.

Taking a different approach, Collistar — which does 60 percent of its business in Italy, mostly in selective perfumeries — has worked on luring Italian consumers back into stores with a series of special promotions, said ceo Daniela Sacerdote. As an example of retail-entertainment, Collistar launched a color collection for spring in collaboration with Sardinian designer Antonio Marras: The makeup items were decorated with skeletal artistic line drawings, which echoed through the packaging and into the product itself. A skin-care collection underscored the richness of Italy in producing raw materials, with the main ingredient in each product culled from a specific region highlighted on a map on the packaging. This year, Collistar will repeat its 2013 Christmas promotion, which consisted of men’s and women’s cosmetics packaged in beauty cases from Piquadro, a popular Italian leather goods brand.

As for Italy’s current woes, Sacerdote blithely replied, “It’s a moment,” adding that fashion is selling more poorly than cosmetics. “It’s a period of the country; it’s not the perfumeries. We have big opportunities outside [Italy],” she said, noting Collistar was set to open at 80 Karstadt corners in Germany, and expansion was under way in Singapore, Hong Kong and Malaysia.

Martone said Italy currently accounts for 12 percent of ITF’s turnover, and added: “In Italy, the general economy is suffering. We hope the new trend of [prime minister Matteo] Renzi will help.” Among the launches on this year’s calendar, he cited a unisex Pomellato fragrance to make its debut this fall.

Perfume Holding landed a new license from fast-growing apparel brand Liu-Jo, which targets consumers in the accessible luxury segment. The brand’s first women’s eau de parfum, called Liu-Jo, will launch in Italy in May and the Benelux region in June before moving to other markets. In a year and a half, a Liu-Jo eau de toilette is slated to launch, followed still further down the line by another, sportier fragrance pillar.

The first Liu-Jo scent is “a fundamental launch because it’s a strong brand in the fashion business and for us it’s a huge opportunity,” said Perfume Holding ceo Dino Pace, who arrived at the firm in January. “After [Liu-Jo’s] success in bags and shoes, it’s natural to go into fragrances — fragrances are a key door to reach more customers,” he added, noting Liu-Jo has an estimated 650,000 Facebook fans.

Perfume Holding is also drumming up its other brand houses, including its top seller Ferrari, which is expected to launch a new fragrance in a year and a half. Also under consideration is the further development of the Atkinsons and I Coloniali brands.

Even high-profile perfumery owners can jump into the fragrance game. Augusto Mazzolari of Milan’s luxury cosmetics emporium Mazzolari has been busily developing his own line of 19 scents, which range in price from 98 euros (about $134) to 120 euros (about $164). Some of the fragrances, like the vanilla, have a 50 percent concentration of essential oils, and Mazzolari said he had sold about 500 bottles in the past three months at his five stores.

He has also continued to develop the new underground perfumery section of his sprawling complex, with an expanded offering for men’s grooming, including the Geo. F. Trumper brand, which he nabbed after the Lorenzi store on Via Montenapoleone closed. Never let it be said that Mazzolari is closed-minded: As part of the launch of the super-expensive NEBU Milano beauty brand, which features 24-karat gold packaging decorated with Swarovski crystals, he staged a concert in the store with NEBU’s face Tamara Gee, a singer who has been compared to Céline Dion.

La Rinascente’s Milan Duomo flagship finished 2013 up 8 percent on the recently renovated beauty floor, hitting 30 million euros, or about $41 million, narrowly missing the 31 million euro ($42 million) plan at a time when the market was down. That floor continues to run 10 percent ahead of last year.

During an interview, La Rinascente head of beauty, children’s wear and toys Cinzia Baldelli talked about plans to expand the beauty franchise by adding a new section called the Annex, dedicated to young beauty consumers aged 14 to 20 years old. This is part of an overall strategy to make La Rinascente’s audience more youthful: She estimated that the average age of the department store’s customer is 35 to 45 now, compared with 50 to 55 years old in the past. “We need to have young customers with us. It is a difficult challenge, but it will be our playtime,” she said.

Currently, Dior and Chanel, followed by MAC and Tom Ford, are the top-selling beauty brands at La Rinascente, while the La Mer, La Prairie and The Fragrance Kitchen brands are favorites among Milan’s tourists. The beauty department generates only 17 percent of its sales from tourists — much lower than the 40 percent average for the store — which Baldelli said indicates the department has a strong Italian following and has gained in market share. She also said fallout from a drop in Russian tourists due to political upheaval had likely been offset by an increase in the number of Chinese shoppers.

Following the 2013 acquisition of Danish department store Illum, La Rinascente is also preparing to revamp the Copenhagen flagship’s beauty floor in 2017, with special emphasis on skin care and color products. “This is our first project outside Italy, it’s our chance to become international,” said Baldelli. In the meantime, La Rinascente is gearing for the more immediate opening in fall 2015 of its new Roman flagship: That will be another opportunity for the chain to vary and deepen its assortment while serving a markedly different market, more accustomed to small, family-owned shops rather than institutional department stores. Intertrade Europe ceo Celso Fadelli emphasized the importance of drawing in consumers with an enticing environment. He said he is in talks with luxury concept store Excelsior to install an Avery perfume gallery on the ground floor, similar to the existing Avery niche fragrance boutique on Corso Como. “Consumers should not feel oppressed by the fact that they’re expected to buy something,” Fadelli said.

Euroitalia president Giovanni Sgariboldi is also thinking of expansion. During a recent interview, he indicated that he had ideas for a new, innovative Moschino fragrance line: Perhaps Christmas would be an opportune time for a launch, considering that the fashion house has recently recruited a new creative director, Jeremy Scott. Sgariboldi also hinted that Euroitalia is in talks to sign another Italian fashion house to a perfume licensing deal this year, but he declined to discuss details.