"I hold strong to the idea of supporting indie brands, especially now," said the YouTuber and creator of the hashtag #ColourPopMeBlack.

A makeup collaboration between an indie brand and a microinfluencer aims to solve beauty’s lack of options for deeper complexions.

YouTube content creator NeonMUA, aka Darius McKiver, has partnered with Midas Cosmetics, a two-year-old indie makeup brand, on a collection of face palettes. Released Aug. 10, the Dusk to Dawn Face Palette Collection consists of four face palettes, each of which includes a highlighter, blush, contour and bronzer. The palettes are priced at $36 each and sold direct-to-consumer via Midas Cosmetics’ web site.

The collection marks McKiver’s second product collaboration and first in the complexion category. It was inspired by a video fellow beauty YouTuber Nyma Tang created calling attention to a lack of bronzing options for deep complexions, McKiver said.

“[Tang] showed how she had to use an eyeshadow from a Morphe palette as contour and bronzer,” McKiver said. “I don’t understand why, with the recent boom of complexion and foundation ranges, we’re still missing something as important as bronzers and contours.”

Prior to his collaboration with Midas Cosmetics, McKiver had been an affiliate of the brand. Rocio Nuñez, Midas’ founder, said she reached out to McKiver last year about a product partnership. 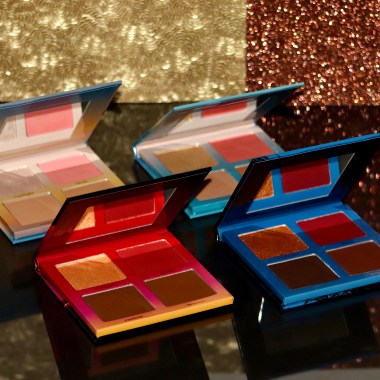 A former nanoinfluencer, Nuñez launched Midas to counter what she perceived as a “huge disconnect between the big, mainstream brands” and the beauty industry’s influencers with smaller followings.

“Microinfluencers and nanoinfluencers have a strong hold on the community, and I don’t think that mainstream brands have realized that until the beginning of the year,” Nuñez said.

Last year McKiver and Josh Crosby Killerkingggg created a hashtag, #ColourPopMeBlack, which aimed to increase the visibility of beauty’s Black content creators. The hashtag picked up in April of this year and gained momentum in light of renewed attention to the Black Lives Matter movement.

McKiver said he and Killerkingggg now speak with ColourPop “at least once a week.”

“We are seeing what [ColourPop is] working on, how they can improve complexion range and things of that nature,” McKiver said. “ColourPop has been supportive of the collaboration with Midas. They’ve congratulated me personally. They said they are so proud of me and Rocio in terms of what we’ve done. It’s something the community has definitely needed.”