With Henri Bendel’s soon closing to outsiders, indie brands are collectively asking: Where does a new beauty brand go to launch and then build its business?

By Molly Prior and Samantha Conti on May 16, 2014
View Slideshow 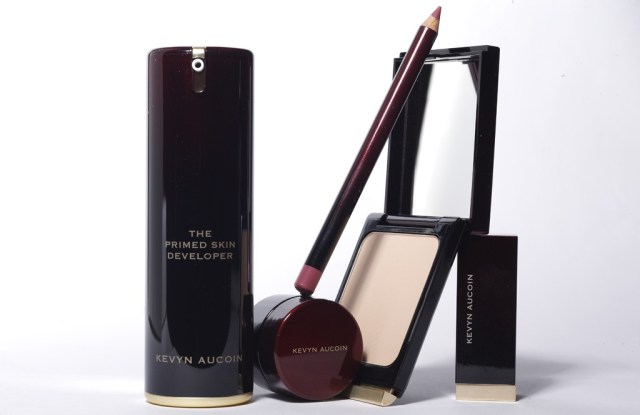 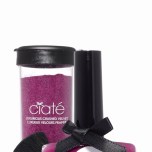 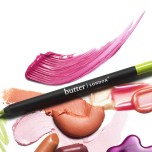 Niche beauty companies will lose a venerable launching pad when Henri Bendel’s Fifth Avenue flagship in Manhattan cuts all outside brands from the assortment this fall.

The decision by Bendel’s parent L Brands Inc. signals the end of an era when newcomers could make a splash at the tony Fifth Avenue retailer. It also marks the continuation of a trend. The indie Brooklyn boutique and salon Woodley & Bunny closed its doors earlier this month, and across the country in Santa Monica, Calif., Studio BeautyMix at Fred Segal, also a haven for niche brands created by Robin Coe-Hutshing, shuttered in 2010. Industry observers note that beauty retailers such as Sephora and Ulta continue to expand their private-label offerings.

With Bendel’s soon closed to outsiders, indie brands are collectively asking: Where does a new beauty brand go to launch and then build its business?

The answer, it seems, will differ according to the brand, and it may entirely elude start-ups with little or no infrastructure. Retailers, reminded beauty executives, aren’t keen on taking large-scale risks on unproven concepts.

“There isn’t that incubator of brands anymore,” said Jerrod Blandino, cofounder and creative director of Too Faced, which landed at Bendel’s in 1998 as part of its launch. “I don’t think the world is open to taking risks.”

Ed Burstell, currently managing director of Liberty in London, recalled the power of Bendel’s to spot and help catapult a brand. Burstell, who worked at the retailer from 1989 until 2009, when he held the title of vice president and general manager, recalled, “We introduced MAC in 1989, and through the Nineties we brought in brands including Benefit, Aesop, Trish McEvoy, Laura Mercier, Kevyn Aucoin, Smashbox, Tarte, Lorac, Awake, Giella Custom Blend Cosmetics, Awake, Paula Dorf, Ole Henriksen, Deborah Lippmann, Kai, Mario Badescu and Make Up For Ever.”

He continued, “At the time, there was a crack in the market: What we were seeing was the first cycle of people putting their names on products. But they weren’t promising the world. What they were saying was, ‘I am giving you the best advice I have.’ The person rather than the brand became the superstar. It was a movement.”

At that time, he said, launches were full of surprises. “With Trish McEvoy, we planned to take $10,000 in the first week. We ended up taking $10,000 on the first day of the launch,” said Burstell, adding that Bendel’s was an ideal platform for these niche launches. “The magic of having one store is that you can work hand-in-hand with a founder.”

The disappearance of many single-store launching pads, at least as mighty as Bendel’s was at one time, has prompted brands to rethink their entrance into the marketplace.

Many beauty brands consider retailers such as Sephora and Barneys New York as the ultimate first stop, but for most, gaining distribution in these stores is more of an aspiration than a reality. Others are venturing into newer territory by aligning with beauty sampling sites such as Birchbox and e-tailers like Beautylish, or eyeing boutique pharmacies, such as C.O. Bigelow.

But even small retailers are proving incredibly selective. “We are underassorted, not overassorted,” said Ian Ginsberg, president of C.O. Bigelow. “The store is a collection of favorite things. We have an eye for what’s new, but are consistent in our approach,” he said, noting Bigelow does add new items — such as men’s grooming line V76 by Vaughn — but not very often.

The Web — and all the social media outlets it offers — is gaining in importance, but several retail executives said it serves as more of a window into a brand than a viable stand-alone store.

Don Pettit, chief executive officer of Mally Beauty, said that after the brand launched on QVC in 2006, it was soon picked up by Bendel’s.

“We always had a place where people could go see the brand. It made the brand seem real,” said Pettit. “It’s a form of validation.” The Mally brand significantly bolstered its retail distribution earlier this month by rolling out to all Ulta Beauty stores, after entering 10 percent of its doors in August.

Blandino of Too Faced shared a similar view. “As much as the online shopping experience has grown and improved, people still want to touch [beauty products] and feel them,” he said.

Not all agreed that brick-and-mortar distribution is necessary to build a brand over time. “We can do a lot with a little. At retail, that approach is not necessarily going to work,” said Claudia Lucas, director of beauty merchandising at QVC. She recalled that in 2010 Josie Maran, then a three-year-old brand, launched on QVC, with a single item, Argan Oil, and sold only that product for six months, which ultimately allowed the pair to focus on the brand story and core product. “We tell the brand story better than anybody else. Brands need to ask, do they need retail distribution or do they want it?”

She acknowledged that QVC has grown into a much larger player within the last decade, but said that while its scale has changed, its criteria for considering niche brands has not. In her view, QVC is still looking for passion and innovation, but it does require companies to ramp up more quickly to keep pace with customer demand.

Plenty of niche brands have successfully broken through the clutter and nabbed coveted distribution deals with established brick-and-mortar retailers. A number of examples include Ciaté, Butter London and Kevyn Aucoin, which all recently called Bendel’s home.

By the time Ciaté hit the U.S. market in 2011, it had proven the lure of its textured nail finishes abroad, which helped get the attention of Sephora, among others.

“Sephora is so amazing to work with for a niche brand because it isn’t afraid to blue-sky products. Sephora likes to be first to market, and that creates an amazing platform,” said Charlotte Knight, founder of Ciaté. The buzz that a launch in Sephora creates can catapult a new brand onto shoppers’ radar within weeks, she said. Ciaté began by introducing three stockkeeping units at Sephora in January 2011, and within six months had tallied $7.5 million in sales. “No one could have anticipated what these three sku’s could bring,” said Knight. “It’s about finding a category that you can reignite to excite the market.” They may carry some up-front risk, but Knight emphasizes that smaller brands can offer retailers a nimble response to hot trends. For instance, while a large company may plan new products 18 months out, Ciaté has turned around a new concept in as little as eight weeks.

“Now is the most opportunity for a niche brand. Retailers want a point of difference,” said Knight. “Retailers know they need to react to trends quickly. It’s all about filling those white spaces.”

Barneys is also frequently touted as an incubator for a selective assortment of brands. Kevyn Aucoin partnered with Barneys to help restore the brand’s retail footing and stature in 2010, shortly after it was purchased by private equity firm Serin Capital. At the time, recalled Desiree Tordecilla, executive vice president of Kevyn Aucoin Beauty, “We had the brand recognition, but we looked at the company as a start-up.” After it had proven itself at Barneys and relaunched the brand, Nordstrom and Space NK came calling, and picked up the brand in 2012. Kevyn Aucoin exited Bendel’s that same year.

“You have to pick the headliners — the retailers who will support a small brand that has a different issue than a larger brand,” said Brian Detwiler, chief operating officer of Kevyn Aucoin. “You can’t look at it as a revenue strategy. You have to look at it as a distribution strategy.”

The key, he noted, is to understand how many doors — and what type of doors — a brand can financially handle in the beginning stages. After all, a retailer that requires demonstration or sales assistance will cost more to enter than a purely open-sell environment.

And relationships certainly help. Tordecilla, who had worked at both MAC Cosmetics and Stila, already had a relationship with Bettina O’Neill, vice president and divisional merchandise manager of cosmetics and fragrances at Barneys. “She knew it was a risk, but she stuck her neck out because she knew from past experience that I could deliver,” said Tordecilla.

Kevyn Aucoin also is getting a boost from online retailers, including Beautylish.com, which saw a pop in brand sales after including Kevyn Aucoin’s book, “Making Faces,” along with the brand’s Sculpting Powder in a feature, and from Net-a-porter’s beauty site.

Butter London, which is sold at retailers such as Ulta and Nordstrom, sees online venues as a powerful channel. Leslie Freytag, Butter London’s president and ceo, said the brand’s e-commerce site is small but growing rapidly. The brand is also making significant investments in social media channels, including Facebook and Instagram, to engage customers. Freytag also cites beauty-box subscription services, such as Glossybox and Birchbox, as a powerful channel. “Getting samples into [the consumer’s] hands is really a motivator. If she loves it, she’ll buy it.”

There is no shortage of new brand concepts vying for attention in the market, which makes creating noise all the more challenging regardless of the distribution strategy.

“There’s more product out there. We still see people producing and coming up with innovative concepts. The problem is cutting through the clutter,” said Lucas of QVC. “We probably get 12 product submissions every single week.”