The Institute for Art and Olfaction teamed up with e-commerce site Luckyscent to produce a scent fair at the Hammer Museum. 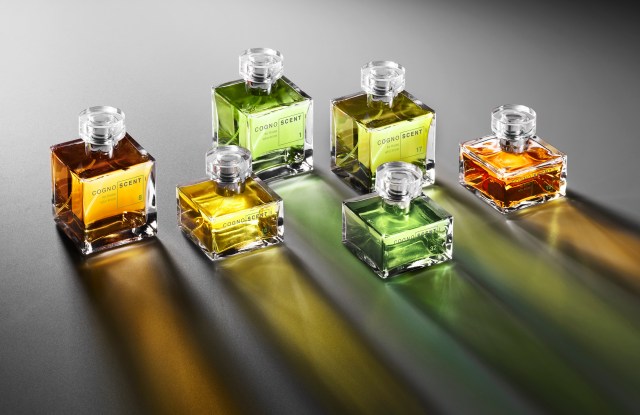 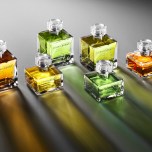 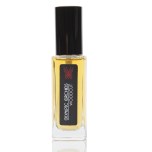 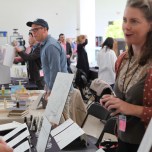 As niche fragrances ascend, the apparatus around them builds.

In its third year hosting awards feting independent, artisan and experimental scents, Los Angeles-based The Institute for Art and Olfaction teamed with e-commerce site Luckyscent to produce a fair at the Hammer Museum showcasing 42 fragrance brands scheduled to coincide with the announcement of the winners earlier this month. The winners were Incendo by La Curie, Miyako by Auphorie, Bat by Zoologist Perfumes, Néa by Jul et Mad Paris and Century’s Breath by Cat Jones.

“It feels like winning the Academy Awards of indie perfumes,” said Ellen Covey, a perfumer who triumphed last year for her brand Olympic Orchids’ scent Woodcut and worked on this year’s victor Bat. “They are important awards because they are judged blindly strictly on the quality of the perfume itself as opposed to fancy packaging and celebrity.” Prominent fragrance names including Sarah Horowitz-Thran, Mandy Aftel and Andy Tauer evaluated the finalists.

Saskia Wilson-Brown, founder of The Institute for Art and Olfaction, had the Sundance Film Festival Awards, not the Academy Awards, in mind when she conceived of the event. “The awards started as a way of helping artisan, independent and experimental perfumers get taken more seriously in the mainstream because sometimes you have to use that language to get noticed,” she said. “We never want to be the Oscars. Somebody is doing that very well. Why even go there? If we are a very good, very respected institution around independents, that would be great.”

The landscape of niche fragrance has shifted considerably during the short period the Institute has been doling out honors. An increasing interest in acquisitions and investments in the segment by companies such as Estée Lauder Cos. Inc., which recently bought By Kilian, Le Labo and Editions de Parfums Frédéric Malle, and Puig, an investor in Eric Buterbaugh Florals, has powered the ambitions of upstart perfume brands — and the ramifications for those brands is unclear. “The jury is out. It only just started to happen. The big companies would be remiss not to pay attention to this because it is a real thing,” said Wilson-Brown.

At the scent fair, several founders had lofty aspirations for their businesses. Dannielle Sergent’s goal for her unisex fragrance brand Cognoscenti is to be “represented around the world.” She elaborated, “I would like more people to wear and smell it. Where other fragrances are either too expected or too experimental, this is accessible to everyone, and I think it fills a void.” Sergent detailed she pulls together or pushes apart notes in fragrances to create distinctive combinations (for example, new scent No. 32: Blue Oud is a crisp take on oud with blue cypress and black agarwood), and sticks to little or no florals.

Sam Rader, founder of Dasein, seeks to enlarge her fragrance brand’s retail distribution that currently extends across 75 stores and perhaps one day sell the company. Dasein specializes in fragrances with seasonal themes. Winter, the first seasonal effort, is the strongest performer. “I wanted to make a holiday scent, and I was going to call it holiday, but I called it Winter because I felt like it smelled like the soul of the season,” Rader explained. “My scents don’t smell conventional. They smell a bit weird. People say, ‘I don’t like perfume, but I like your scents.’”

Asked to highlight brands exhibiting at the scent fair she believes have legs, Wilson-Brown pointed to Sarah Baker Prfms and Xyrena. Concocted with perfumer Ashley Eden Kessler, Sarah Baker Prfms’ scents evoke luxurious gallivants, specifically a yacht trip in Greece and a Tanzanian safari. At Xyrena, Wilson-Brown related that perfumer Killian Wells is pursuing what he describes as “virtual-reality perfuming. What that means is that it is a scentscape from a real place in a bottle. The perfume might smell like a theater filled with popcorn. It’s a life portrait. It says I’ve had a magical experience in this place, let’s share it, which I think is pretty cool.”

Whether they smell true-to-life, weird, sophisticated or simple, the audience for niche perfumes is growing. Dawn Spencer Hurwitz, founder of DSH Perfumes, said Millennials have caught on. “Niche is finally starting to hit younger people, although not yet teenagers,” she declared. She added the caveat that, “Younger people need to be educated more about naturals. They generally start out with a preference for synthetics.” She singled out her brand’s fruity floral gourmand Hansa Yellow as a gateway fragrance for young fragrance hounds moving from mass to niche.

Wilson-Brown said a lot of the people coming to the Institute, which holds open sessions for exploring perfumery materials, are in their Twenties. “If you look at the coffee movement, people got very into coffee and aware of where it comes from. Similarly, curiosity about scent is happening,” she asserted. “People are hoping to learn enough to start their own brands — good luck — or to appreciate what they are consuming.”