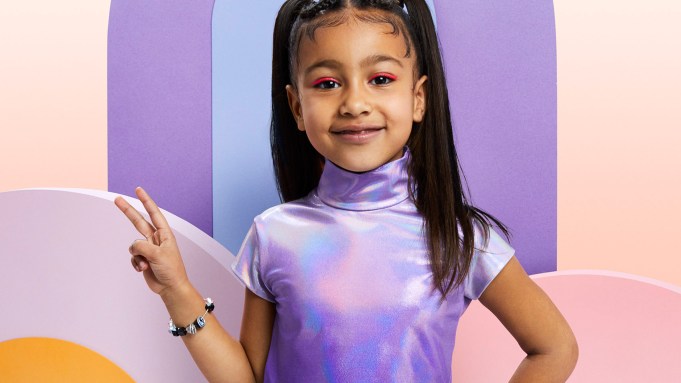 At five years old, North West, the famous daughter of Kim Kardashian and Kanye West, has captivated the digital realm with her cross-generational appeal. Without a public Instagram or YouTube channel of her own, she’s too young to fully understand what a digital footprint is. And yet, hers is already wildly popular.

We’ve watched North West grow on Instagram and “Keeping Up With the Kardashians” and magazines — here, she poses for her first solo cover. Her distinct fashion sense belies her age, and lately, so does her eye for makeup.

West, whether she knows it or not, is at the forefront of a generation that is highly connected, engaged with fashion and beauty and individualistic in style. Called Alpha, signifying a new beginning, this age group is unlike any the world has ever seen.

And combined with Gen Z, their slightly older counterparts, their numbers are strong. According to the U.S. Census Bureau, in 2025, people aged 18 and under will comprise 22 percent of the U.S. population. Already, they are significant consumers of beauty: According to NPD, 69 percent of Gen Zers use color cosmetics and 68 percent have a skin-care regimen.

With numbers like that, Alphas and Gen Z are expected to have a sociocultural and economic impact equal to that of their parents or older siblings, the Millennials.

In terms of age breakdown, Millennials are largely defined to now be between the ages of 23 and 38. The Pew Research Center initially referred to those born starting in 1997 as “post-Millennials,” but the term Generation Z has since been widely adopted. If, like Millennials, Gen Z spans a total of 16 years, that means those who are now between the ages of seven and 22 are Gen Z, with Alpha’s oldest members at just six years old.

Unlike previous generations, Gen Z and Gen Alpha are more fluid than ever, joined by their inherent understanding of technology. Little has been reported on Generation Alpha’s spending power — we’re talking toddlers, after all — but according to Jeff Fromm, partner at research company Barkley, Generation Z accounts for approximately $140 billion in direct spending.

Already, the way that kids interact with technology today is significantly different from Millennials, many of whom are old enough to remember a time when going online was an activity in and of itself — one that may even have included dialing up. Gen Z and Alphas, though, have been plugged in since birth. They’re the first people whose lives are fully integrated with tech. They are fluent in the Internet.