PARIS — “Nose,” a new documentary, is a journey of the senses, offering viewers a behind-the-scenes look at one of the most mysterious professions — that of perfumer — through the lens of François Demachy.

The perfumer-creator at Parfums Christian Dior since 2006, Demachy is the discreet star of the film, which toggles between such far-flung locales as Paris, Tokyo and Sri Lanka.

The documentary, which runs about 70 minutes and was produced by Arthur de Kersauson and Clément Beauvais, took about two years to make.

Demachy, who has reinvented iconic Dior scents such as J’Adore Eau de Toilette and Miss Dior, and created the Sauvage Eau de Toilette, as well as the Maison Christian Dior Collection, hopes the documentary casts new light on his métier.

“I think perfume is mainly emotion, so I wanted the film to try and represent that emotion,” said Demachy during an interview with WWD.

He explained the idea for the documentary came little by little. The filmmakers had accompanied him on various trips he makes yearly to meet producers of fragrance ingredients.

Another one of Demachy’s goals was to emphasize that perfume-making doesn’t involve just one, two or three people.

“It is a complete chain, and that’s why I find it important to go from the beginning, that’s to say to see the farmers, through the transformation and modification, to the finished perfume. Without these people — who are rarely talked about, cannot be seen and do necessary work — perfume does not exist,” said Demachy. “Without a product, a raw material, there is no such thing.”

The film opens with the dictionary definitions of “nose” and then travels to the lush patchouli fields of Sulawesi, Indonesia, where Demachy has traveled for three days to take whiffs of the plant. He is in his element here, speaking with the producers and experiencing the production methods and materials in their natural environment.

“I find it quite moving to witness this,” he said in the film. “This is where it all begins for perfume.”

In “Nose,” there are scenes of Demachy in his offices in Dior’s Paris headquarters and in Les Fontaines Parfumées in Grasse, in southern France, testing out fragrance notes.

“For me, a perfume is a land of sharing,” he said. “A perfumer is an artisan. It requires creativity and intuition, as well as a lot of expertise.”

More in the public eye, Demachy is shown at the Cannes Film Festival, during photo ops and talking perfume with the likes of actress Virginie Ledoyen.

Both he and Demachy were raised there, and Cavallier Belletrud’s father trained Demachy. A touching scene is when they’re sampling scents together.

Demachy reminisced about his youth, like when returning from a nightclub nearby he rode through jasmine fields in bloom. (From an aerial view, the filmmakers show such purple crops lined up in rows.)

“These memories are embedded in me,” said Demachy. 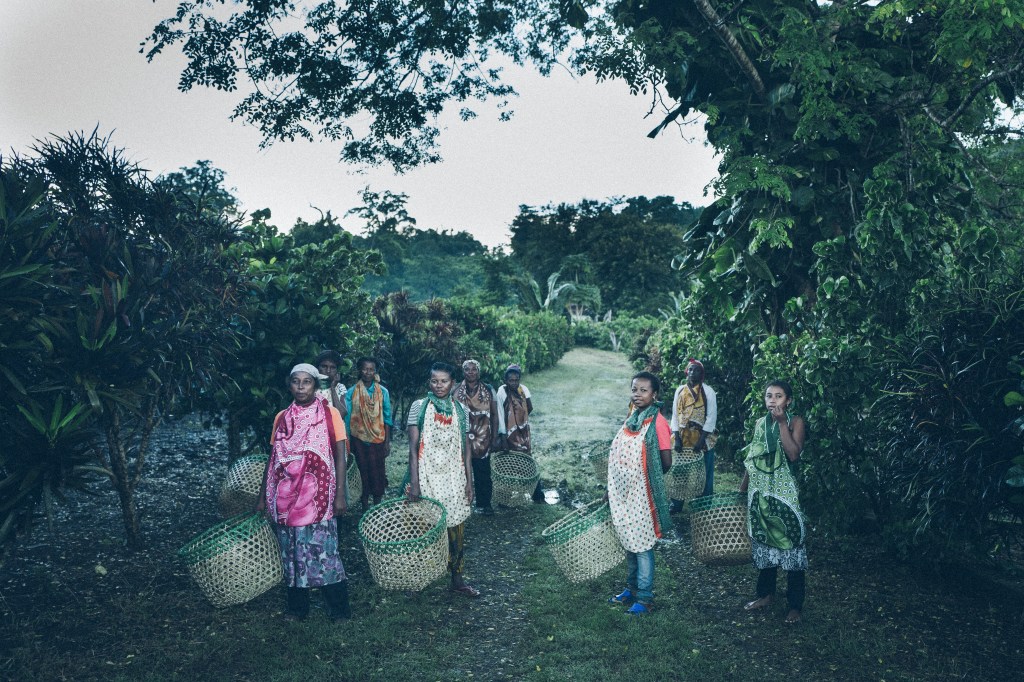 He described the natural fixative ambergris, then the film transports viewers from France to County Clare, Ireland, where that’s harvested.

Demachy explains perfume formulas, and there are scenes of raw material harvests in various parts of the world, such as at Le Domaine de Manon, in France, which are patchworked into the film.

For Demachy, it’s key to spend time with the producers.

“That is where there is authenticity, and we as perfumers need to be nourished by all these stimuli, all these sensations, because after we try to transcribe them. It is a way of knowing the product better,” he said during the interview. “Once you have smelled ylang-ylang, for example, in the fields, in the openwork baskets… it gives you a different relationship with raw materials.”

A section of the film spotlights Robertet’s raw material processing facility in full throttle. There, perfumers can experience how the fragrance supplier operated 50 years ago.

Demachy ventures to Calabria, in southern Italy, on a quest for zest. And in Tokyo, he meets with 10th-generation master swordsmith Yoshindo Yoshihara. The filmmakers introduced the two.

“We had done a few little short documentary films with François for Dior, around the raw materials he uses for some of his most iconic fragrances,” said Beauvais, who explained he and de Kersauson then got to talking about how it would be great to tell the story of Demachy’s creative process. “There are tons of documentaries about food, painting, music — but nothing has really been done about crafting fragrance, the job of a perfume-maker. 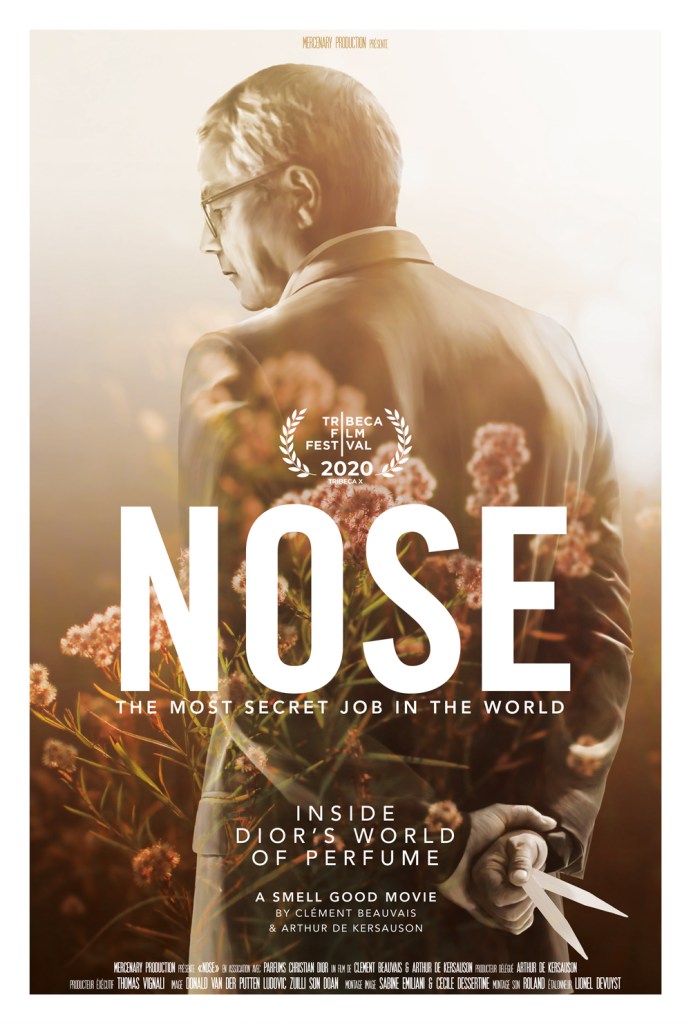 “The way François shares with you is not really through language [but] through grabbing things and making you smell them,” he continued.

“François is so humble, sometimes that was a real challenge for us,” admitted de Kersauson. “But we’re very happy that it is this way, because it allowed us to go and seek François — not his own personality, but the people who actually help him do perfumes. We had to look for other people in order to tell François’ story.

“Somehow, that’s a real proof of his humility, that he’s not afraid of showing that he relies on other people’s talents, and yet, all those people will tell you he’s the one doing the work,” added de Kersauson. “Perfume is collaborative — it may be one man’s vision, but a lot of people’s vision come into play. It’s an orchestra.”

Music, in fact, plays an important role throughout the documentary, which is set to various soundtracks, including “Femme Femme, by Pascal Parisot & Fredda; “Ocean, by Fruit Bats, and “Papa Loves Mambo,” by Perry Como.

“It’s very difficult for someone to talk about perfume and make [people] feel a scent when [they’re] not smelling it,” said Beauvais. “There is something in the realm of scent that is close to music.”

Each, for instance, is comprised of notes, conjures up strong emotion and is vividly transporting.

“It was just a matter of finding music that matched the human journey of François’ craft,” said Beauvais.

“Nose” is generally shot with a hand-held camera.

“We were looking for simplicity, to do something that would not be pretty because it’s over-produced or -crafted, but mostly because it feels natural,” said de Kersauson. “If the camera shakes, it’s not perfect. That is good because it doesn’t look rehearsed or controlled.”

The human journey the documentary ended up taking took Beauvais by surprise.

“The film really talks about relationships — with all the people involved in different stages of the creation, whether it’s in the laboratory or in the field,” he said. “And that’s what makes François François, and his creation his creation. That’s what makes him unique.”

“Nose,” made by Mercenary Productions, made the selection in the 2020 edition of the Tribeca Film Festival. In the U.S., the documentary is to be available on demand on Apple TV, Amazon Prime Video and Google Play starting Feb. 22.

A Changing of the Guard at Parfums Christian Dior