Punchy neon and ombré styles added an air of innovation to an otherwise unimaginative look. 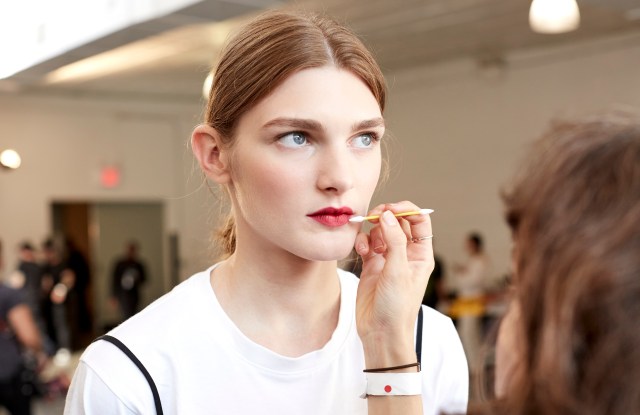 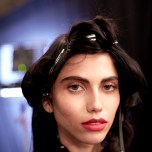 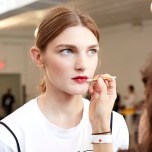 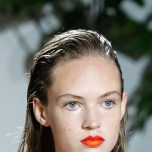 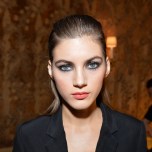 A red lip is the quintessential signifier of a bold look, though its presence in runway beauty can be a stale one. But the spring shows in New York offered several iterations that added some dimension to an otherwise tedious look — as seen at shows such as Jason Wu, Carolina Herrera and Creatures of Comfort.

At Creatures of Comfort, Simone Otis for Shiseido mixed three red shades of the brand’s new Rouge Rouge lipstick to create an original fruit-punchlike, fluorescent hue, then carefully took off and reapplied it a few times over for a lived-in look.

Otis attributed an uncertain cultural and political climate to the season’s uptick in red lip innovation.

“People still want to do something big and make a statement but they don’t want to step out too far,” said Otis. “Everyone’s kind of peeking out, wondering what’s going to happen.”

Reinventing a classic look was a safe bet a handful of designers opted to take.

A more complicated version of a red lip can call for multiple — and sometimes unlikely — products. At Jason Wu, Yadim for Maybelline used a lipstick, a lip gloss, and finally, a red powder meant for theatrical makeup in the center of the lips, to enhance the neon quality of the look. “It’s not your typical red…Jason always wants to go superglamorous, but there’s a way to do it that’s young and fresh,” he said. Yadim went with a common runway beauty trick — choosing only a number of girls upon whom to apply the lip look. “Having only some of the girls in the show with a red lip, that highlights individuality — and that’s the direction I think makeup is going in, anyway,” he said.