The company, which focuses on partnering with influencers to launch niche beauty brands, will release Kim Chi Chic — a collection with “RuPaul's Drag Race” contestant Kim Chi — on Oct. 16.

NYX Cosmetics founder Toni Ko, who sold the company to L’Oréal in 2014 for a reported $500 million, is making her return to beauty with Bespoke Beauty Brands, an “incubator” partnering with influencers to launch niche beauty brands.

“My life goal is to build another successful company,” said Ko, who’s based in Los Angeles. “…I came here when I was 13 years old, a first-generation immigrant.”

With parents in the cosmetics industry, in retail and later working as wholesalers, Ko was immersed in the business growing up and would end up working for them full-time. At the age of 25, she saw a gap in the market and, after receiving a $250,000 loan from her parents, started NYX Cosmetics.

Any regrets about selling the company?

“No, my life motto is to not have regrets in the decisions you make,” said Ko. “I do wish I had the company for another year or maybe two. But L’Oréal is an amazing buyer for the brand. I was just in Scotland walking down a random street, and I look over and see like a four-foot display of NYX Cosmetics in a random store in Scotland. I was like, ‘I can’t believe it this is my baby.’ It’s so exciting to see it become such an international brand.”

These days too many brands are under “one umbrella,” she said. “They try to hit every market.”

“With CBD, I just noticed even NYX has a CBD line,” she continued. The cannabis ingredient, which is derived from the hemp plant and helps treat pain, anxiety and insomnia, has been a breakout trend in beauty this year. “When you do that, I think you lose that specialty in that certain ingredient. If I do a CBD-infused cosmetics line, I want a brand that is solely dedicated to that. I think that is what’s lacking, the lack of specialty.…For me to fill that gap is to launch smaller, more boutique brands that specialize.”

Ko — who appeared on Forbes’ “America’s Richest Self-Made Women” for the third time this year — plans to do just that with her newest endeavor now that her non-compete with L’Oréal is behind her, expiring on July 30. Bespoke Beauty Brands projects $2.5 million in sales the first year with a double-digit increase each year following, the company shared. 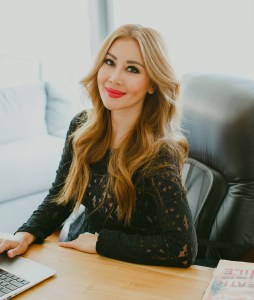 As she continues to act as chief executive officer of Thomas James LA, a sunglass company she founded after she sold NYX Cosmetics, Ko is getting ready to release her first launch, a partnership with Kim Chi — the stage name of fellow Korean-American Sang-Young Shin. Shin, an influencer with 1.8 million Instagram followers, is best known for competing on season 8 of “RuPaul’s Drag Race.”

“He’s amazing,” said Ko, who was a fan of the reality star. “I just adore him so much.…I want to work with people who are nice. I’d much rather work with someone who is more genuine, more organic, just that nice core person than with somebody who has a gazillion followers.”

Shin shared his excitement for the opportunity and respect for Ko. After she reached out, it was a no-brainer to say yes. “It was always my dream to have a beauty brand. It means so much to me, and I’m so excited for the release.”

“If you feel the weight of the palette, it’s very substantial, and it’s only $29,” Ko said. Like NYX Cosmetics, she plans to keep the pricing competitive. The eye shadows retail for $8 each; the lip glosses for $9, and the mirrors for $25. “We aren’t the $50 palette. We’re not your $25 lip-gloss company.” 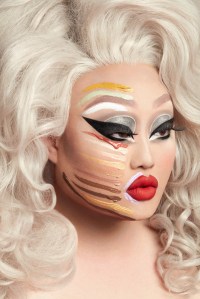 “That’s what I mean by it might not be for everybody,” said Ko with a laugh. “We’re going to drop every three to four weeks. It’ll be on the Kim Chi Chic web site, and under the Bespoke brand, we’ll have it as an individual [limited liability company]. Each of the entities will have its own web site but will operate under Bespoke Beauty Brand.”

It’s an equity deal, she said. “I look at it as a portfolio,” she continued of the company. “My goal is to launch two brands a year…I’m an entrepreneur at heart. I can’t sit still and do nothing. I love building companies, but I love creating product. That is where my real passion is.”

A second brand she’ll be launching in about three months isn’t with an influencer, however, she shared. “I want to test out the two different concepts, but I actually love having an influencer partner. They are the ceo’s of their brand and the marketing engine behind it.”

She’s focused on the U.S. market, and along with CBD and clean beauty, she sees opportunities in vegan-friendly cosmetics and men’s: “In this line we have some products that are vegan, but I’m talking about an entire line focused and dedicated to being vegan. I also see an opportunity in men’s grooming. I’m not talking about eye shadows or lip glosses. I’m talking about light cosmetics products, grooming eyebrows, spot treatments, concealers and a focus on skin care actually because men are different these days. This new generation of men is way more into their looks.” 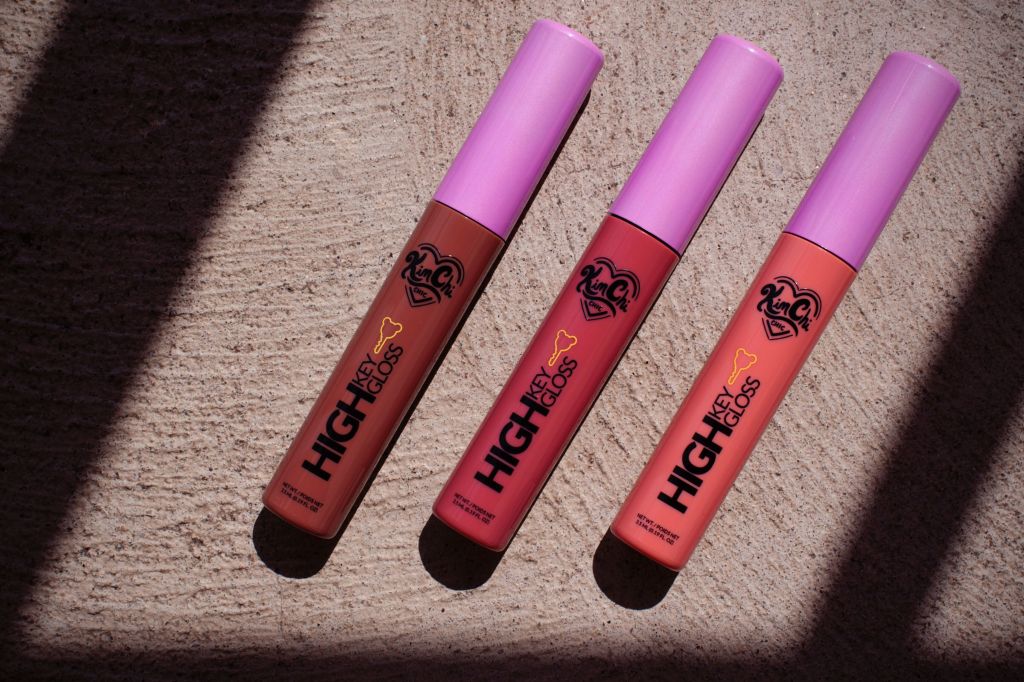 She currently has a team of six.

“I am self-funding currently,” she said. “I do have that advantage. Also, I already do have that relationship with my suppliers. I don’t have to go and source additional suppliers…I’m doing product development myself, and I have a graphic person. I want to bring in a lot of amazing influencer partners. I want everybody to be able to be very financially independent.”

Ko is also the founder and ceo of Butter Ventures, a firm that invests in start-ups, particularly those created by women.

“I like working with a lot of female founders and female entrepreneurs,” she said. “Hopefully, after this or along the way, I’ll be building a team, and when I’ll have a little bit of down time, my goal is to dedicate my time to the speaking circuit or being an inspirational role model for female entrepreneurs, minorities.”