The summit urged Italian beauty companies to step up their digitalization game to seize growth opportunities and enhance their competitiveness.

MILAN — The digital disruption can’t be ignored any longer.

That was the key message Wednesday at Pambianco’s third Beauty Summit, hosted by the Italian fashion and beauty consulting company in partnership with Condé Nast Italia at the city’s Bourse.

The summit spotlighted the increasing relevance and potential of online in providing business opportunities for Italy’s cosmetic companies.

The digitalization of the domestic beauty market has met resistance in past years because of cultural and structural reasons. Local cosmetic companies, which are on average small to medium-sized, have seen online stores as threats that could erode sales in their brick-and-mortar businesses rather than as opportunities. Even in the case of the more innovative firms, budgetary limitations affected their digital strategies, both in terms of media investments and e-store developments.

Despite the initial delay compared to the rest of Europe, the U.S. and Asia, e-commerce sales are quickly increasing in Italy. As reported, according to preliminary data released by Cosmetica Italia, e-commerce was the most dynamic channel in 2018, climbing 10 percent compared to the previous year. Nevertheless, such growth still represented only a marginal value of 350 million euros out of the total cosmetic industry’s sales, which reached 11.2 billion euros in 2018.

“The last couple of years have been years of evolution, also cultural, for this industry,” said Fulvia Aurino, digital commerce, marketing and omnichannel director of ELC Italy The Estée Lauder Cos. Inc.

“There have been great changes in the fruition of media and the shopping behavior of consumers. Now 75 percent of Italy is online, 37 million people are on social media and they spend an average of three hours online every day,” she continued, pointing to developing e-commerce as an “inevitable process” for a company.

“Also the distribution is understanding that working with e-commerce is essential to make the brick and mortar survive under a new [image],” added Aurino, underscoring that “there’s not a shift in the purchases from offline to online but an integration as [sales on the two channels] complement each other due to matters of availability or convenience.”

Nevertheless, Aurino admitted that prestige beauty is reacting to this transformation of consumers’ habits, moving media investments on digital platforms, especially social media, where influencers play a key role in affecting the purchases. In particular, she spotlighted the results of the activities regarding micro-influencers, “which are six times more successful compared to the ones with the macro ones.” 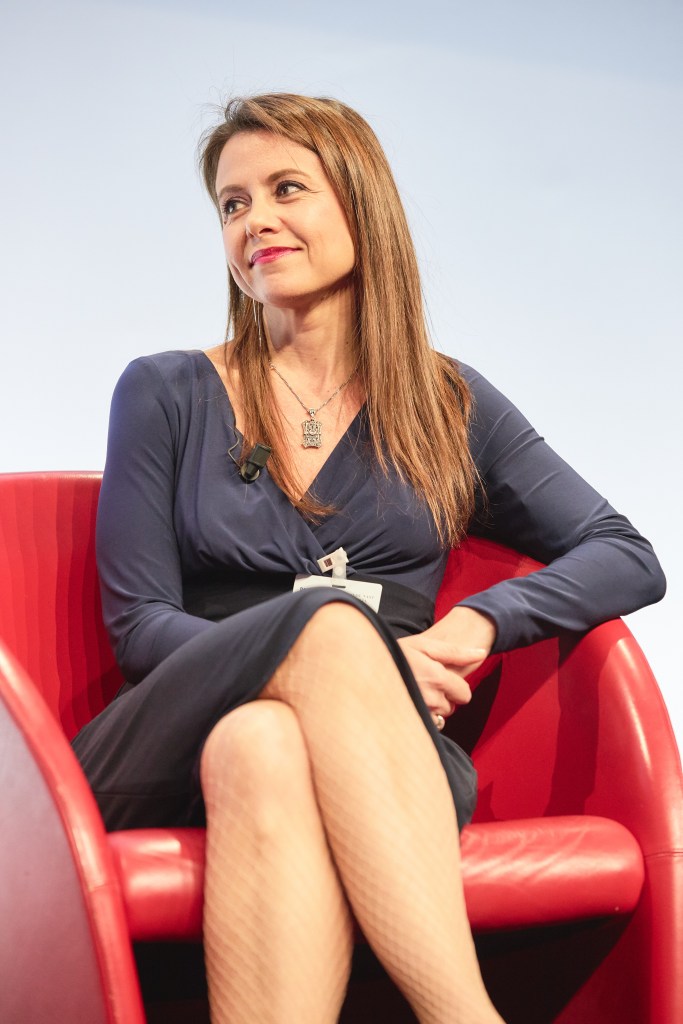 Lévy doesn’t see brick-and-mortar disappearing in the long term, but foresees a transformation in the shopping experience and in the communication in-store. “Department stores and retailers will still exist in 10 years, but the sales assistants will need to be more and more informed and trained to make sure the customer experience will remain at the highest level, so people won’t buy just on the Internet but come to the store and discover products.”

He especially believes that consumers will be even more demanding in the future. “The Y generation…will probably change drastically the way they discover fragrances and beauty because they will want to enter the world of each fashion house, discovering it more deeply than other generations. That means brands need to be able to communicate all their creativity on the new Instagram in 10 years, not only in terms of business but also in terms of pure discovery.”

To answer to this future demand, Shiseido is bolstering its digital assets through a range of acquisitions. Among these, the country general manager of Shiseido Group Italy Luca Lomazzi mentioned MatchCo., a California start-up that has developed a digital app that turns an iPhone into a diagnostic tool for detecting the right skin shade for makeup foundation purchases.

“The Italian market is ready for this kind of tech innovation,” he said, underscoring that similar devices can enhance the shopping experience in traditional distribution, starting from perfumeries.

“In the future beauty advise will be provided to consumers not only by sales assistants, but also by artificial intelligence. Digitalization will enter in the store and we will be immediately able to know who would have come in the store and what that client would have acquired before,” Lomazzi said. For the moment, the greatest challenge in Italy is to “dismantle the business models that have been perpetuating in physical stores for years. We are all getting more digital and sale points need to do the same.” 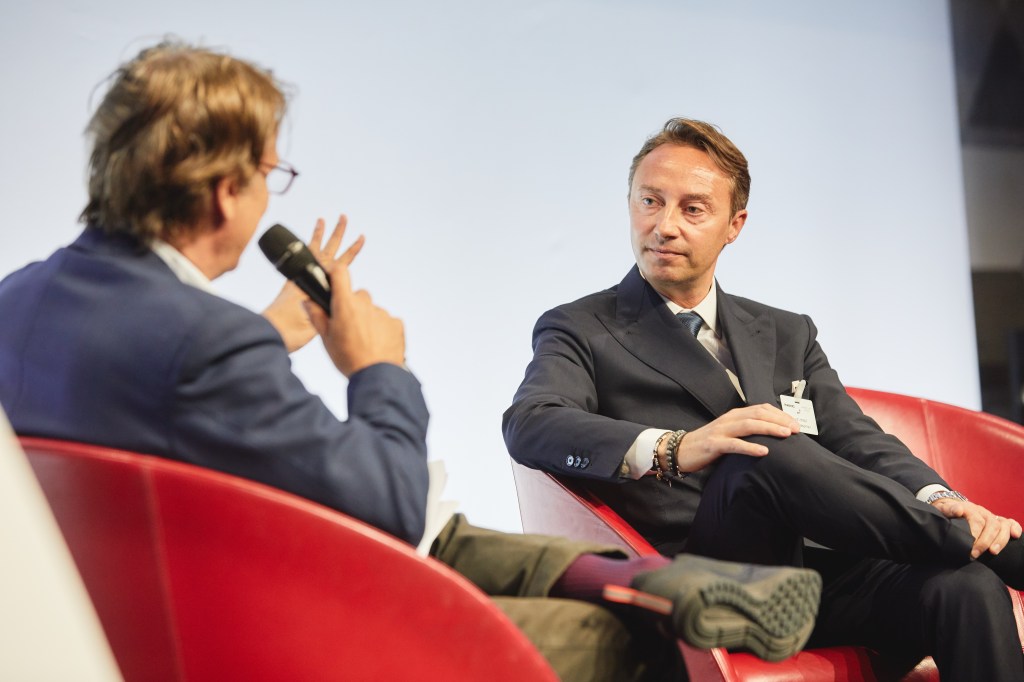 Embracing digitalization would encourage the internalization of Italian beauty companies, which are mainly focused on the domestic market. The most tempting growth opportunity is China with a population of 1.4 billion — 802 million of whom use the Internet — and a beauty market value of 64 billion euros.

“The Chinese consumer is younger and richer than ours, and uses mainly mobile phones as a tool for purchases and interaction with his peers,” said Carolina Solari, business development manager, beauty and personal care of Alibaba Group.

Chinese online sales of beauty products increased across all categories, with cosmetics up 46 percent; skin care up 40 percent; personal care increasing 37 percent, and a new interest shown in beauty devices and men’s beauty, growing both more than 50 percent in 2018.

Solari also outlined the main trends driving the market, including color makeup; facial care, especially antiaging creams consumers start to use from a young age, and hair care, which has become hot in the last quarter and has determined the popularity of a range of Spanish brands offering antipollution products.

In addition, Solari mentioned the success of Italian accessible label Kiko, which made its debut last summer on Alibaba’s Tmall Global and has become one of the top-performing beauty brands in the marketplace.

Also preparing to launch on Tmall Global is Cosnova, the German-based parent company of the affordable Essence, Catrice and L.O.V. brands. Registering estimated revenues of 435 million euros in 2018, Cosnova is distributed in 85 countries, the most recently launched of which is Brazil.

The company’s chief sales officer and general manager Hilko Prahl underscored the importance of e-commerce for the firm, even though it still represents a minimum share of its sales. To strengthen this channel, Cosnova has launched a digital commerce unit, which is expected to account for roughly 20 percent of its total of 600 employees in less than two years.

“E-commerce for us is not just online sales…the most important thing is: How do you connect to the consumer online and continue the journey and follow him into the offline world? Yes, online sales are growing but [offline] continues to be highly relevant and we want to interconnect both,” Prahl said.

Beside the opportunities that come with digitalization, the executive also pointed to the new, challenging quest for speed that comes with it.

“Some years ago you looked at trends coming from Korea, the U.S., then the U.K. and Europe and you had enough time to prepare novelties but nowadays…because of the digital world, there’s a trend coming up, an influencer sees it and talks about it, and you don’t have a time anymore,” he said, mentioning identifying the right trend as key to maintain the pace of this process.

Consumer demands reflect not only on brands but also suppliers, as Chromavis chief executive officer Fabrizio Buscaini noted. To address the issue, the company will boost its production capabilities, unveiling a new, 1.08 million-square-foot plant in December. The unit will also house a mini-factory that can quickly produce smaller quantities, enhancing its flexibility.