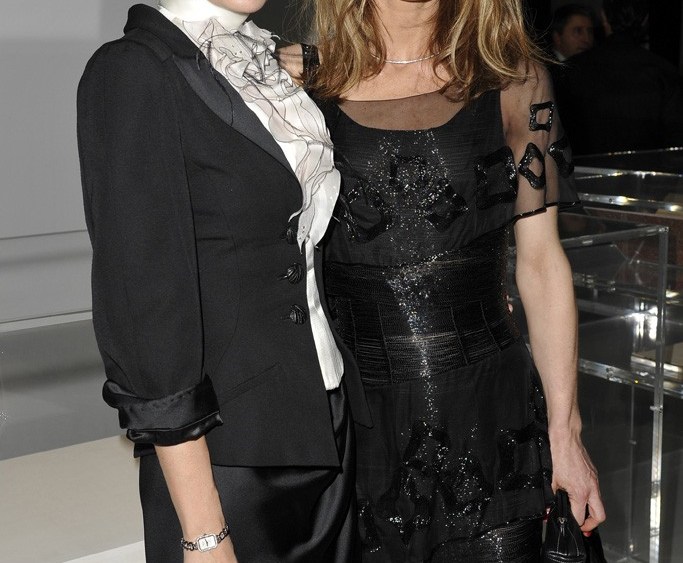 PARIS — What lit Gabrielle Chanel’s imagination and helped fuel the conception of her No.5 fragrance, launched in 1921?

The “No.5 Culture Chanel” exhibit at the Palais de Tokyo that opened to the public here Sunday attempts to answer that question. Curator Jean-Louis Froment assembled 240 elements, including artworks, photographs, books and archives, to help explore the perfume as an olfactory representation of cubism, Dadaism and surrealism — avant-garde movements that aspired to absolute modernity.

The show, which runs through June 5, is the latest of a series of “Culture Chanel” exhibitions, which began at Moscow’s Pushkin Museum in 2008. Subsequent editions were held in Beijing and Guangzhou.

Visitors to the Paris exhibit first wander through an “imaginary” garden designed by Piet Oudolf. Froment gave the Dutch garden wizard carte blanche, and he opted to mingle plants native to the local area, rather than ingredients found in the scent.

“It is a metaphor of No.5,” said Marie Hamelin, who works in Chanel’s fashion patrimony department. She explained the scent is has 80 natural ingredients to which the perfumer Ernest Beaux added synthetic aldehydes.

Once up a flight of metal stairs, visitors enter the show, the elements of which are encased in rows of translucent cubes.

Hamelin said, “It’s an exhibition that doesn’t seek to elucidate the message of No.5…which is really a mysterious fragrance, but to give the keys to [comprehending it].” These include works by artists with whom Chanel had links — including Jean Cocteau, Pablo Picasso, Guillaume Apollinaire, Francis Picabia and Pierre Reverdy — plus elements connected to places she frequented, such as Venice and her apartment on Rue Cambon.

The exhibit begins with a focus on Chanel’s first great love, Arthur Capel, who helped pique her curiosity for all things esoteric before his sudden death in 1919. Here, some books — including “L’espoir en Dieu” (or “Faith in God”) from 1910 — and photographs are on display.

Among the exhibit’s highlights is a glimpse into what may have contributed to the conception of Chanel’s double-C logo. There’s a reconstruction of a fragment of stained glass with interlocking C shapes from a church in Aubazine, France, where the designer lived as an orphan. Chanel was also fascinated by women from the Renaissance — in particular Catherine de’ Medici, whose monogram was a double-C (in a portrait by George Hoyningen-Huene, Chanel is seen wearing a bicolored dress similar to what de’ Medici wears in a painting by François Clouet).

The exhibit also offers a look into the origin of the name Chanel No.5, which went against the grain of other scent monikers of its time that tended to be poetic. Five was the fetish number of Chanel, who was very superstitious. This part of the show includes a hand-written score of “The Five Fingers” by Igor Stravinsky (who with his family lived at Chanel’s house in Garches, France, for about one year) and a tarot card numbered five.

Numerous iterations of the Chanel No.5 bottle — such as those from 1921 and 1924 — are on display, along with a series of Chanel No.5 advertising images, including the 1937 campaign featuring the designer herself that was photographed by François Kollar for Harper’s Bazaar.

At a black-tie dinner Friday night, celebrities — many of whom have fronted Chanel fragrances — streamed through the exhibition, among them Audrey Tautou, Vanessa Paradis, Gaspard Ulliel and Carole Bouquet.

“Pirates of the Caribbean” actress Astrid Bergès-Frisbey had to be tugged from the cases to take her seat at the dinner. “I need to come back. You need two hours,” she said.

Bouquet, poured into slim a Chanel evening column paved in micro sequins, crouched gingerly in front of a case containing an ornate Florentine perfume vial, circa 1551.

Vanessa Paradis said that she’s currently promoting her new album, “Love Songs,” and will go on tour this fall.

At the exhibit, she particularly liked the fragrance flacons on display and the poems and letters from Chanel’s friends.

Estella Warren said she got goose bumps while walking around the exhibition. Having been the face of Chanel No.5 was “life changing,” she explained. “It was basically the start of a whole new career and a whole new life for me. I came off of 10 years of synchronized swimming and all of a sudden I was thrown into this magical world of modeling, where there were these huge beauty icons before me.”

Warren reminisced about how she flew to Paris not knowing why. She said, “I didn’t know who I was meeting, it was all a big secret.”

It turned out to be director Luc Besson for a meal at the George V hotel. “He said, ‘You’re going to be the next Chanel No.5 girl,’” continued Warren. “I was like, ‘Oh my God.’’’