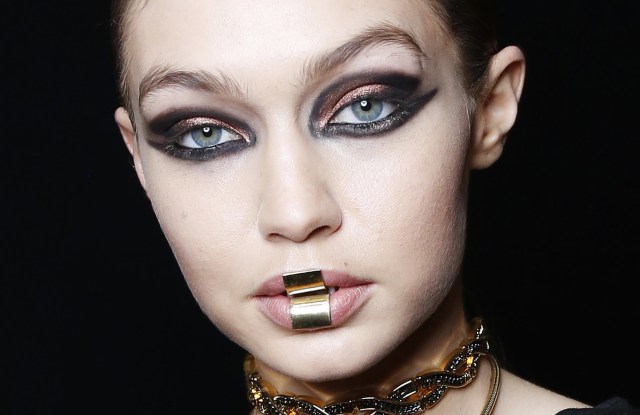 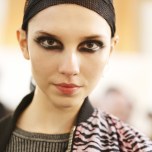 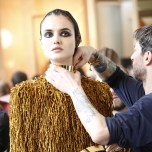 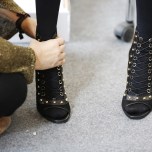 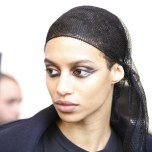 “The makeup, for sure, is wild,” said Tom Pecheux backstage at Balmain, where he placed the focus on models’ peepers. “But it’s [also] very luxurious.”

For the look, he took a cue from the Balmain fall fashion collection, which was rich with various textures and included the likes of zebra prints, embroidery and beading.

Using MAC Cosmetics, the makeup artist crafted a copper-and-black eyelid, using products such as Fluidline Eye-Liner Gel in Blacktrack, a smidge of black powder (“to give a little softness; I don’t want this girl to be mean,” Pecheux explained) and a copper pigment.

“There’s a little bit of silver under the eyes mixed with black,” he added.

Meanwhile, lips were left bare, since a piece of jewelry designed by the house’s creative director Olivier Rousteing would be put on as an ornament right before the show began. And models’ skin was made glowy with a contour.

McKnight sprayed models’ scalps at the part with a hue slightly darker than their own, and finished off the look with his new signature hair line’s spray for a shine.