Aaron de Mey and Eugene Soleiman were behind this season’s beauty look. 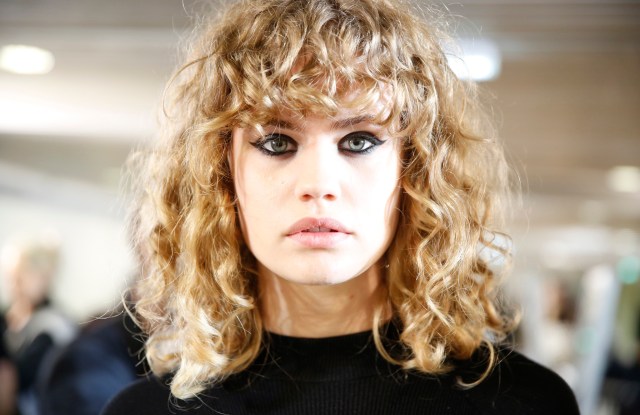 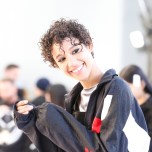 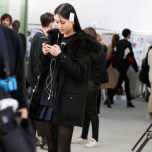 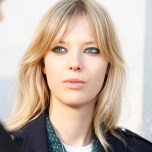 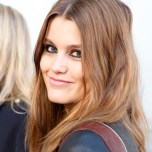 This involved the rims of models’ peepers being lined with black pencil. “I’m really smudging it out around the edges, I’m elongating the eyes,” said de Mey. “I wanted them to look tighter and wider — to stretch across the face. I’m putting a very sharp little cat eye at the very outside corner, and at the end — before the girls go on the runway — we’re going to put a load of gloss on top of the eyelid.

“So it’s a play on texture, a play on matte and shine, of darkness and light,” the makeup artist said. “It looks quite intense all through the eye area. Everything else is very simple.”

Using concealer and primer, he made models’ skin appear velvety and clean. “I wanted it to look like the girls have done the makeup themselves,” he said.

“I’ve gone the other way with the hair,” said hairstylist Eugene Souleiman. “What I’ve decided to do is nothing — literally — because I think that works.”

So models’ tresses were just washed, air-dried, parted and left to hang loose.