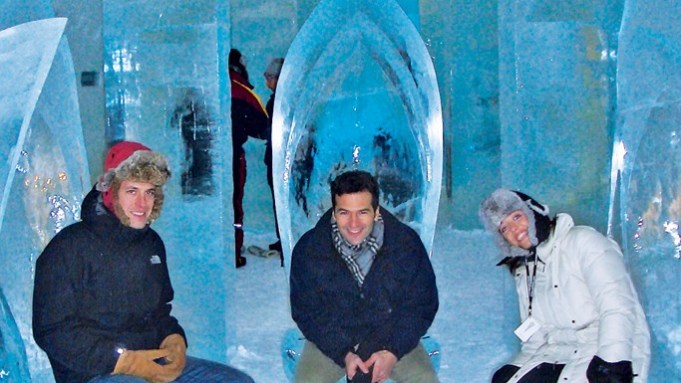 In 2007, I arrived in Milan as the newly appointed general manager of BPI’s Italian subsidiary. Far from a backwater, the Italian fragrance market, despite its small size, is one of the company’s most important in Europe. Recently however, it had seen its share of challenges. My job was to fix it.

It was almost immediately clear that my senior staff had been expecting—perhaps even counting
on—an Italian to replace their outgoing president. A numbers-obsessed Frenchman from headquarters was a less-than-welcome surprise.

Clearly, a new way of thinking was called for. I thought for a long time about the best way to successfully kick-start the new regime. What was required here was something innovative, unforgettable—even groundbreaking.

I’d been through my share of off-site meetings and knew that getting the team out of their Milanese comfort zone was a priority—but where? Seaside resorts can be memorable, but distracting, and I knew from experience that warm weather has a way of melting motivation. In this case, I needed the exact opposite.

The Ice Hotel in Jukkasjävi, Sweden, about 125 miles north of the Arctic Circle, was precisely the answer I was looking for: rugged, remote and unlike any experience they’d ever had. Reconstructed each winter of ice from the Torne River, the Ice Hotel is probably one of the most unique man-made structures anywhere. As an avid skier, I love the cold weather, and almost selfishly, I was sure that at -58 degrees Fahrenheit, there was no way this group was going to lose focus (unless, of course, hypothermia set in).

Absolutely everything within the hotel is constructed of ice, including the walls, floors and most improbably, the beds. Nothing but a layer of reindeer pelts separated us from our “mattresses.” In fact, our teeth-chattering first executive meeting took place in a set of ice chairs in the hotel’s lobby. It was the one of the most effective (and fastest) executive meetings of my career.

The next 72 hours had precisely the effect I was hoping for. From snowmobiling to dogsledding to taking in an absolutely breathtaking display of the Northern Lights, our common experience began to unite us as a team. There’s little that can bind people together better than three days in one of the most inhospitable places on earth, and we returned to Milan a stronger, more cohesive and far more aligned executive committee.

So began a five-year journey that would eventually see BPI’s Italian market reclaim its leadership position. By 2011, the business had doubled in size and our Narciso Rodriguez fragrance had vaulted to the top three in Italy—no small feat in a nation of notoriously choosy consumers.

I won’t pretend that our arctic adventure was the root of our success. Five years of hard work by the entire team was responsible for that. But it was a good start, and over the next few years, whatever challenges we faced as we worked to transform the business, we could always look at each other, share a smile and know that at the very least, we’d always have Jukkasjärvi.