Attendance was as low as the spirits at the Personal Care Products Council’s annual meeting, held Feb. 24-27 at the Boca Raton Resort and Club.

By Julie Naughton and Pete Born on March 6, 2009
View Slideshow 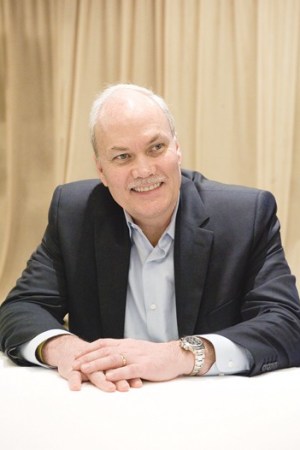 BOCA RATON, Fla. — Attendance was as low as the spirits at the Personal Care Products Council’s annual meeting, held Feb. 24-27 at the Boca Raton Resort and Club here.

Dwindling sales orders — in large part due to retailers determined to destock inventory before placing reorders — was a prime topic. When the seemingly bottomless spiral will rebound — specified to the month and even day — was the most popular guessing game in the cabanas and the lounges.

About 400 executives attended the conference, a sharp decline from 2008’s 650 tally, according to a spokeswoman for PCPC.

The buzz over cocktails often touched on the need to continue to innovate as a chief strategy for reviving the business. This was underscored time and again during the conference.

“Consumer confidence is at Depression-like lows,” said Ed Shirley, vice chairman of global beauty and grooming for Procter & Gamble. “We are sharpening our focus. Innovation is the way to move through this.”

Referring to the recent launch of Olay’s Pro-X, priced at $42 to $62, as a bold choice in this economy, Shirley said, “We are deepening our understanding of consumers’ needs and reframing, rather than offering $10 off.”

“In a challenging economy, we are focusing on building trusted brands, providing innovation at great value and examining meaningful sustainability,” said Gina Drosos, Procter & Gamble Beauty’s president of Global Personal Care. “These are tough times for the consumer and our business, but we believe that we are well positioned to emerge even stronger from this challenge.”

Beauty represents one-third of the conglomerate’s sales, Drosos noted. “We’ve seen some market and inventory contractions, but we are continuing to invest in ads and marketing,” she said. “We believe in the long-term equity of this category.”

The whiff of advertising spending was clearly good news for the most well-represented contingent at the meeting: publishers, ad sales people and editors were there from the major publishing houses, including Condé Nast, Hearst and Time Inc.

“Every organization is managing inventory better in this economy,” said Dan Brestle, vice chairman and president of the Estée Lauder Cos. Inc. North America, and PCPC’s new chairman. “Everyone’s looking to get inventories to the right level, and they are concentrating on not carrying huge loads. Therefore, the lack of shipments won’t reflect positive retail sales right now. However, the retail rate in January was lower than it was a year ago.”

Scott Beattie, chairman, president and chief executive officer of Elizabeth Arden Inc., added, “Inventory is very lean and retailers are being very selective right now about what they’re replenishing. As retailers are starting to see what has traction, manufacturers will see an inventory build because inventory was so drastically reduced. We’ve already seen some of that in January and February. I think business will flatten, possibly by the end of this year.” Beattie noted that over the holiday season, Arden didn’t replenish regular sets, but that its holiday gift sets sold through well.

“Business is tough, but in the last four weeks, movement has been better,” said Ingrid Jackel, chairman and ceo of Physicians Formula Holdings Inc. “Reorders have been small; we’ve definitely felt the destocking phenomenon. We’re not seeing a lot of new orders. But I do think the destocking will level off, hopefully by the beginning of the next quarter. Right now, there is a disconnect between orders and sell-through. We need to weather the storm, and we think we’re well positioned to do that.”

Noted Art Spiro, executive vice president of Liz Claiborne brands at Elizabeth Arden, “Before I get [stock] to a consumer, I need to get it to a retailer. If retailers are living off inventory, we will have to find a different way to launch or postpone launches. Five years ago, retailers didn’t pass on fragrance launches. Now, they are picking and choosing. We haven’t seen a dramatic interruption in orders, but everyone is looking closely at inventory levels.”

“It’s a tough moment for everyone — we’re all aligned for all the wrong reasons,” said Jerry Vittoria, Firmenich’s president of fragrances, North America. Firmenich was one of only a handful of oil houses that attended the conference this year. “We’re all optimistic — we want to believe that we will hit bottom in the next four months. More likely, it will be mid-2010 before we see an upturn. I also think we’ll see lots more consolidations of oil houses.”

“Minus 10 is the new flat,” joked Heidi Manheimer, ceo of Shiseido Cosmetics America, who said her business was down in the low-single digits year to date. “However, we ended 2008 up 2 percent. Despite the economy, we are not compromising on what our ideals are: service and innovative products. We have never been a promotional brand.”

“We grew 11 percent at retail in 2008,” said Marc Rey, ceo and managing director of YSL Beauté in the U.S. “This brand can triple or quadruple at least, but we don’t want to sacrifice the brand equity. We are in about 300 doors. We also opened in Sephora in September to bring in a younger consumer, and are working with QVC and the Internet.”

“We need to get back to products which offer a real point of difference with realistic pricing,” said Michael McNamara, ceo of Philosophy. “The excess in the market has been growing far beyond peoples’ ability to afford it. We will go deeper where we are, and redefine that part of the business.”

Beiersdorf executives noted that 2008 was a strong year for parent Beiersdorf AG, with its consumer beauty segment — which includes Nivea and Eucerin — posting a 10 percent boost in worldwide sales to 5.13 billion euros, or $7.54 billion at average exchange. Earnings before interest and taxes, excluding special factors, of 615 million euros, or $904 million, had a 3 percent gain. Three of Beiersdorf’s major beauty brands boasted double-digit revenue increases, including a 10 percent rise for Nivea and a 12.6 percent jump for Eucerin. Among regions posting strong sales growth for Beiersdorf beauty products were Eastern Europe, which registered an 18.5 percent gain; Africa, Asia and Australia, with 28.6 percent, and China, with 40.7 percent, all at rates adjusted for currency-exchange effects. The company’s sales rose 7.5 percent to 5.97 billion euros, or $8.78 billion, and the company has stated its goal is to achieve a global market share of 5.5 percent next year. “In all our major accounts, we are performing significantly better than the market,” said Iain Holding, president of Beiersdorf North America. “The destocking phenomenon will come out in the wash over the next several weeks, but we are optimistic.”

Neil Katz, ceo and chairman of Parlux Fragrances Inc., seemed unfazed by the recession. He rattled off six fragrance launches set for later this year, including a foray into specialty stores. “If you try to ride out this thing only with fragrances now available, it gives the consumer reason to say we don’t need that,” Katz said, adding that newness is the stimulus. “The only reason for people to go out and purchase something is that they haven’t seen it before.” He added that his biggest problem was the international fluctuation of the dollar.

Coty Inc. sent a smaller delegation this year, helmed by George Cleary, president of Coty Beauty U.S. Cleary and his team focused on the company’s mass brands, which include Rimmel, Sally Hansen and a host of mass market fragrances, including the celebrity licenses of Tim McGraw, David and Victoria Beckham, and Halle Berry.

Jonathan Zrihen, president and ceo of Clarins Group USA, said a major initiative this year for his company is a new program, called Skin Time, to train the company’s 2,200 beauty advisers to do 20-minute facials at counter. Zrihen said the objective of the move is not only to improve productivity at counter, but also to enhance beauty advisers’ knowledge of skin care.

Like other manufacturers, Zrihen indicated that he expects a rough year at retail. He said he was nervous not only about retailers decreasing inventory levels, but also “making staffing decisions” based on weak sales.

Klaus Stanzl, president, scent and care division, North America Global Cosmetics at Symrise, said that fine fragrance development has eased with a slowdown in briefs, which began last year. However, the company acquired rival oil houses Manheimer and Fragrances Intercontinental late last year. “Both have interesting synergies for us, particularly Fragrances Intercontinental, which gave us a strong position in the candle market — a $300 million category.”

As one bright note, Michel Mane, of Mane USA, talked about his company’s progress in utilizing a new formula for developing water-based fragrances. Its first outing: in Nautica’s Oceans scent.

Brestle, who took the helm of PCPC from Marc Pritchard, P&G’s global marketing officer, cracked: “I was hoping for a nay vote. Neither of us thought we’d have the challenges we have now.” Ticking them off, Brestle spoke of more than 100 bills in 22 states with cosmetics components; the Food and Drug Administration’s Globalization Act and Europe’s REACH legislation, “capped by the biggest business meltdown in 70 years. Flat sales felt like a major accomplishment.”

Under his helm, Brestle said that the organization would be focused on strengthening the safety initiatives, working with federal and state government on bills relating to the member companies, enhancing and expanding global harmonization, and enhancing programs and services for PCPC member companies. As well, the Board of Directors is currently undergoing a search for a new president after Pamela Bailey, the former president, decamped last fall to become president and ceo of the Grocery Manufacturers Association. Until a decision is made on that front, Mark Pollak is serving as interim president and ceo.