The buzzword of the annual meeting was “harmonization” of product and ingredient regulation around the world.

By Julie Naughton and Pete Born on March 15, 2013
View Slideshow 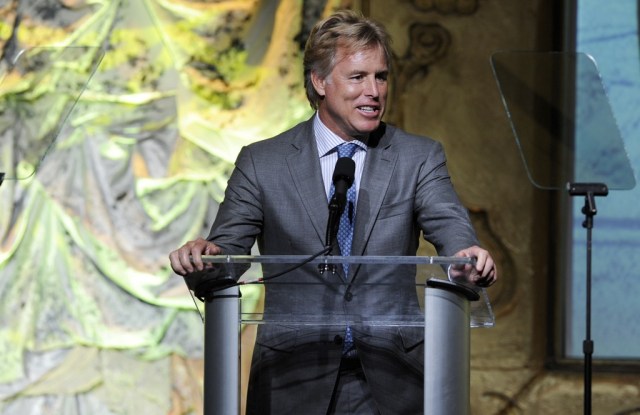 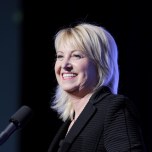 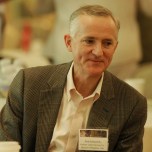 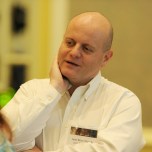 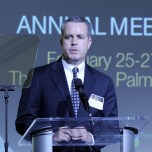 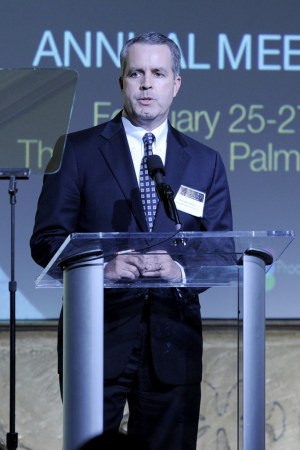 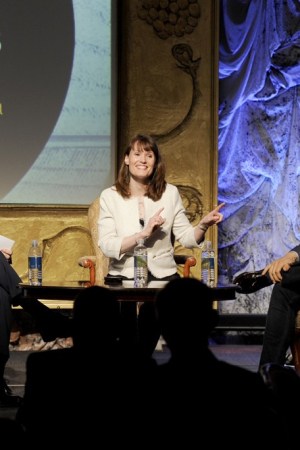 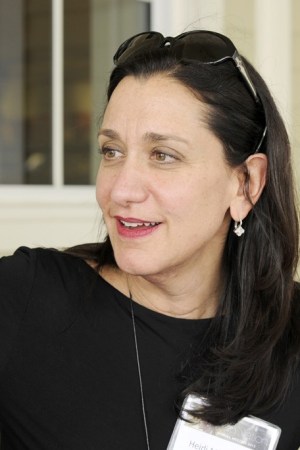 A total of 11 industry trade organizations from around the globe — including China, South Korea, Australia, Canada and the European Union — participated in PCPC’s annual meeting, held here at The Breakers hotel from Feb. 25 to 27, setting a record for multinational dialogue.

The buzzword of the three days was “harmonization” of product and ingredient regulation around the world. Discussions centered on three areas: modernization of government policies; commitment to sound science, and global collaboration and access.

E. Scott Beattie, president and chief executive officer of Elizabeth Arden Inc. and chairman of PCPC, stressed the importance of the trade organizations “working together to keep the industry strong and focused” and prevent “regulatory overreach” and effect “global harmonization efforts,” which would allow more widespread sales and distribution of personal care products.

Beattie said the industry faces two “immediate and critical challenges” over the next several months: the EU’s consideration of new measures related to fragrance allergens and the Chinese government’s proposal to create a positive list of approved ingredients. “Both are examples of issues where we need to continue our strong collaboration with our colleagues abroad, and the stakes are high. We are stronger with one voice,” he said.

To that end, PCPC held its second Global Collaboration Forum on the second day of the conference — involving all attending trade organizations — to discuss progress and pitfalls in global and regional regulatory collaboration, followed by the Policy Summit the next day, where attendees heard from experts about the organization’s public policy priorities, as well as the latest activity in Congress and effects on industry.

As the EU prepares to recast the Cosmetics Directive, it is important for companies to fully understand what is expected of them, said Lezlee Westine, president and ceo of the PCPC.

In 2012, “we saw continued push by activists to portray our industry as reckless, unregulated and, in some cases, our products unsafe,” said Beattie, noting that PCPC also pushed back against proposed regulatory measures in various states, including California. “We face a number of important challenges together, including defending ingredients during environmental and safety reviews, communicating our industry’s values and commitment with one voice and promoting closer alignment of regulations as a way of enhancing consumer safety and the competitiveness of our manufacturers. As companies, it is our responsibility to provide our trade associations in the U.S. and abroad with clear and consistent direction on these important issues.”

Westine noted that PCPC will continue to support legislation that would strengthen and enhance regulatory oversight of cosmetics by the U.S. Food and Drug Administration, advocate harmonization of cosmetics regulation throughout the world and engage consumers through the use of social media and other communications platforms to get the facts out about product and ingredient safety, she said.

The reaction from board members and industry leaders was overwhelmingly positive. There was a feeling in the conference rooms and halls that previous protectionist tendencies by foreign governments have taken a backseat to a more pressing need for growth. “There’s a lot of energy globally to get harmonization of regulations,” said Patrice Louvet, president of the global shave category of Procter & Gamble Co. Louvet, who participated in a panel discussion on Tuesday, said that more and more governments around the world are beginning to reciprocate. He said there are three or four projects in the works, like discussions about a common format for labeling, between the U.S. and the EU. By starting with Europe, Louvet said, “we are hopeful this will produce the first building blocks on that journey.”

“This has been an important meeting for the industry,” said Karen Fondu, president of L’Oréal Paris USA. “In particular, the participation of the international trade associations and discussions about priorities and collaboration are good first steps for a continuing dialogue on issues that ultimately affect us all as we face ever-increasing challenges in innovating and meeting the needs of our consumers around the world.”

Thia Breen, a group president of the Estée Lauder Cos. Inc., said the organization has worked hard at building a collaboration with Cosmetics Europe and the effort is gaining steam. “It’s not a matter that if we do it, but that we do it right now,” Breen said, maintaining that the industry has to look beyond this first step of linking arms with Europe. “We don’t see it as an end game. It starts with that.” Pointing out that the major companies “all have a big global footprint,” Breen concluded, “We can’t be in isolation. There’s no turning back with this. It’s global.”

Fabio Franchina, president of the Cosmetics Europe organization, said the industry has to widen its view and expand its thinking. “We must play with global rules,” he said. “We can’t play with rules of the local markets.”

Jerry Vittoria, president of fine fragrance at Firmenich for North America, added, “We have to have a global language. We are still speaking regionally on regulation, and we have a role to play in driving legislation.”

George Cleary, president of Coty Beauty Americas, applauded the work done by Beattie and Westine in building a cross-collaborative relationship with Europe. He added that what is needed is teamwork between corporate executives to manage process and risk and research and development experts to provide scientific expertise. “Scott has done a nice job of pulling that together,” he declared.

“On a positive note, there is a focus on global collaboration and people are starting to work on the same issues,” said Heidi Manheimer, ceo of Shiseido Cosmetics Corp.

Bob Phillips, managing director of the Clarecastle Group, said that after decades of battling with the bureaucrats, “we are able to put pressure on the various technocrats around the world.” The message of harmonization seems to be getting through, because the fragile state of the world economy necessitates pro-growth measures. “I would think that being antibusiness could not be a good political strategy. All the BRIC [Brazil, Russia, India and China] countries and rapidly developing markets need investment, harmonization and professionalism,” Phillips concluded.

Some companies are already abiding by the EU standards, even though the new rules don’t go into effect until July 1. One of those companies is Fresh. “From the get-go, we have developed products that are EU-friendly,” said Jean-Marc Plisson, ceo of Fresh Inc. He added that the regulatory situation is more uncertain in other markets. “The unknown is scary.”

Elizabeth Arden’s Art Spiro moderated a social media panel with Carlos Garcia, a member of the global marketing solutions team at Facebook, and Julie Rollauer, head of industry for homes and personal care at Google, about new ways to engage with consumers, including leveraging newer platforms such as Pinterest to drive sales and doing deep dives into web analytics to offer ultratargeted consumer outreach.

Outside speakers at the meeting included Stephen Dubner, coauthor of the best-selling books “Freakonomics” and “Superfreakonomics,” and keynote speaker Fredrik Lofthagen, group ceo of Interel.

As in past years, the PCPC annual gathering was a tale of two meetings, sometimes in competition with each other. While the officers of PCPC were wrestling with arcane problems of government regulation, brand leaders were taking meetings with magazine editors and publishers.

Among the companies giving product and marketing briefings were the Coty Beauty division of Coty Inc., Shiseido, Clarins, Coppertone, Beiersdorf, Inter Parfums, Fresh and Jane Iredale. There were also suppliers in attendance, including International Flavors & Fragrances, Givaudan, Kolmar, and Croda, as well as Firmenich. The Fragrance Foundation was even in attendance. Elizabeth Musmanno, president, revealed that the group’s awards have changed names from the FiFi’s to the Fragrance Foundation Awards. She is also exploring ideas, such as fragrance shopping night, and strategic alliances between publishers and manufacturers.

Among other high points:

• Shiseido had a heavyweight list, including a new limited-edition compact foundation, color extensions of lip and eye, a new skin-care line in the fall, new skin-care products from the Future Solution LX brand and a liquid foundation in August.

• Clarins launched its Double Serum antiaging product in Asia in the fall and in the U.S. on Feb. 1 “It’s the best-selling product we’ve ever had,” said Maria Dempsey, executive vice president of marketing, Clarins Group USA. The company also is launching Body Lift this month, a reformulation of High Definition Body Lift.

• Fresh is launching a new women’s fragrance in September, along with a candle, and continuing to expand the Sugar Lip Balm color range. The company, which does 30 percent of its total business in Asia, opened a new Shanghai store on March 1.

• Jane Iredale is rolling out a new display unit that holds all 430 stockkeeping units, and relaunching the brand’s lipstick assortment in September.

Attendance at this year’s meeting totaled 475 people, edging out last year’s 470, according to Jana Adams, executive vice president of marketing and member services at PCPC. Roughly 140 of the attendees were first-timers, she added, noting that last year’s crowd drew only 100 new arrivals.