Personal Care Products Council Meeting: The One and Only

In a series of panels and presentations during the second day of the annual meeting, executives from Condé Nast, Buzzfeed, Facebook and StyleHaul talked about Millennial consumption patterns. 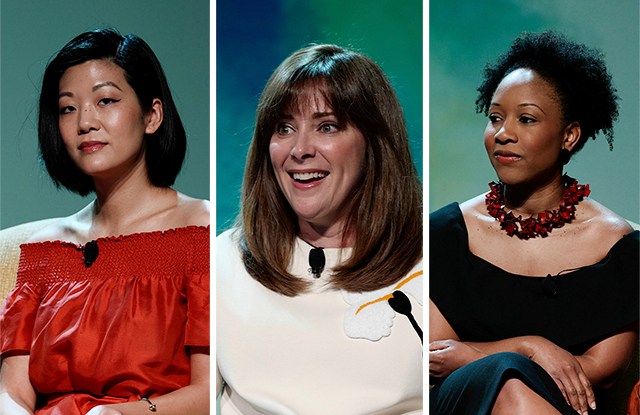 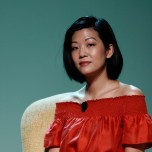 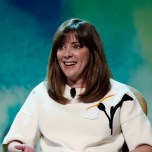 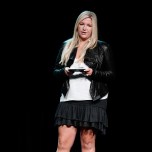 Millennials may be the largest generation in terms of sheer numbers, but when it comes to connecting with them, it’s all about the individual. In a series of panels and presentations during the second day of the Personal Care Products Council annual meeting, executives from Condé Nast, Buzzfeed, Facebook and StyleHaul shared research and insights into the key forces driving Millennial consumption patterns.

“We all work at companies that talk about scale,” said Edwin Wong, vice president of research and insights at Buzzfeed, “but when we connect to the power of one, we can scale more powerfully.”

Creating that connection was definitely top of mind for attendees, and no wonder when you look at the numbers. There are 75 million adults aged 18 to 34 in the U.S., a cohort that has passed the Baby Boomers in size, said Daniella Wells, who heads up the corporate insights group at Condé Nast and presented findings from the company’s most recent beauty survey of 1,700 Millennial women across the U.S. To demonstrate just how different Millennials are from the generations that have preceded them, Wells noted that only one in five has ever eaten a Big Mac hamburger from McDonald’s. And as the recent trials and tribulations of the fast-food giant show, said Wells, “Once you lose them, it’s very hard to get them back.”

The good news for beauty is that the category is very relevant to Millennials, particularly color cosmetics brands, as evidenced by the list of top 20 brands that emerged from the study. (See sidebar).

“When I look at the list I don’t see a lot of surprises,” said Michelle Lee, the editor in chief of Allure. “Our traffic corresponds with the top 10 — we see a lot of fandom around these brands.”

Ukonwa Ojo, global senior vice president at CoverGirl, said that it is her brand’s continual connection to cultural relevancy that has catapulted it to number three on the list. “There has been significant fragmentation in makeup and the winners are the ones who are still relevant, so we have to be obsessed with listening and paying attention to what is happening in culture and have POV,” she said. As an example, Ojo cited CoverGirl’s approach to naming brand ambassadors, noting that it named its first Cover Boy and model wearing a hijab this year. “We look for the unconventional, the unexpected and the boundary breaking,” she said. “Every year, we ask, ‘Who in the world can we give greater confidence to?’ It is a tent-pole of our brand to impact culture and the self-confidence of girls—and boys — around the world.”

That strategy is spot-on said Wong, who noted the rise of individualism has led to the demise of traditional demographic and psychographic parameters. “What we used to think of as binary—male/female—is now a spectrum,” he said. “Seventy-seven percent of Buzzfeeders say there is no gender norm; 55 percent of gen Y/Z guys want to define male roles and stereotypes.”

Wong also spoke of the radicalization of gen Y. “Consumers are radical today—it’s not a state of action as much of a state of being,” he said. “[The attitude is]  I deserve to take up space in the world.”

That attitude has led to a community he calls the Nichesters. “Fragmentation is about celebration—71 percent of young consumers say they have a belief or passion considered extreme.” These communities are connecting through content, he said, citing as an example a man who owns over 1,000 cacti plants and connects with people all over the world.

Chances are, the cactus lover and his cohorts are connecting on a mobile device. Karin Tracy, head of industry, beauty and luxury at Facebook, noted that one in three women use mobile to research purchases and 70 percent know what they want to buy before they step foot in a store. Moreover, mobile shoppers spend 66 percent more than brick-and-mortar shoppers. “Think of the phone as a mobile storefront, open 24 hours a day, where you can send her personalized messages,” said Tracy, who added that Facebook can now measure transactions in stores that can be directly traced to Facebook ads. She said that there are 1.9 billion people on Facebook, and that 20 percent of all time spent on mobile devices is spent on Facebook or Instagram.

Echoing Wong’s point, she put forth the idea of personalization at scale, noting that there are 87,000 different possible drink variations at Starbucks. “In beauty,” she said, “consumers feel like, ‘I am an original. I don’t need a label.’” So for a recent case study with Benefit Cosmetics, whose goal was to win back share in the brow category, for example, Facebook created content to speak to two separate age groups on the platform. “We call it curated individualism,” she said. “The phone isn’t getting in the way—it’s what will connect you with consumers. It gives consumers a raw, behind-the-scenes look at brands and keeps them coming back fore more.”

That behind the scenes ethos also applies to how consumers interact with influencers. The relationship has become personal, said Stephanie Horbaczewski, the ceo of StyleHaul, which uploads over 1,000 videos a day on YouTube that attract about three billion monthly views. And it’s not just about the how-to. “Our community gets involved with influencers, and wants information about their lifestyle,” she said, “what they’re eating, using, wearing, working out, even what toys they’re buying, if they’re moms.”

Beauty and fashion vlogger Loey Lane, who has over one million YouTube subscribers, joined Horbaczewski on stage, and said she approaches her followers as if they are her best friends. “I consider my fans my friends,” she said. “You wouldn’t recommend something to a friend that you wouldn’t use and I’m the same way. I’m picky in who I work with,” she said, referring to brand relationships, “and money is not a motivator.” Spoken like a true Millennial.