In a bold move, Procter & Gamble Co. has decided to move the headquarters of its skin care, cosmetics and personal care business from Cincinnati to Singapore. 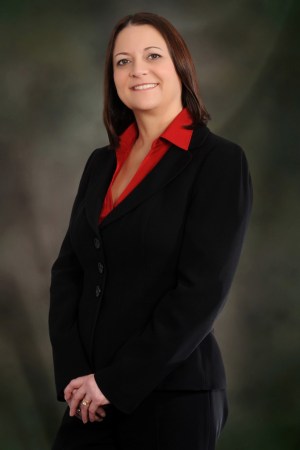 In a bold move loaded with symbolism, Procter & Gamble Co. has decided to move the headquarters of its skin care, cosmetics and personal care business from Cincinnati to where its sees the future — Asia.

As one unintended consequence, the executive who originally recommended the relocation strategy, 49-year-old Gina Drosos, has decided to retire as group president of skin care, cosmetics and personal care, rather than uproot her teenage children by making the move east. Drosos, who will step down Sept. 1, will be succeeded by Deb Henretta, who is now based in Singapore as group president of P&G Asia and the specialty channel.

The relocation was first reported by WWD.com on Thursday morning.

The consumer products giant said Thursday that it will relocate the divisional leadership team of about 20 top executives to Singapore, which is a major P&G hub. The division, which represents about a quarter of P&G’s total beauty business — estimated by Beauty Inc magazine at more that $19 billion for 2010 — will be reestablished in Singapore during the next year or so, putting the business leadership in “the center of the greatest growth opportunity for these categories over the next five years and beyond,” the company said. The personal care and beauty giant quickly pointed out that the business unit “will remain focused on the important North American business.”

“[The move] does recognize that we are a global business, that the skin care business is largest in Asia, that the competition there is fierce and that many of the trends — a growing number of the trends — begin there.”

He added that P&G believes in dispersing headquarters of business units around the world. The strategy is intended, in part, to offer aspiring young people an opportunity to start careers in the company on their own terms. This theoretically leads to greater diversity within the ranks. “Greater diversity leads to greater innovation,” McDonald asserted. “The closer we are to the consumer that we are serving, the better the innovation.”

He noted that P&G just finished its innovation review and he decreed, “We have strength in our innovation program, particularly in our beauty and grooming categories.”

Talking about P&G’s desire for diversity in its executive ranks, McDonald proudly pointed out that the company had just named a Japanese executive, Hatsunori Kiriyama, as president of P&G Asia. “He is the first Asian to lead P&G Asia,” McDonald said. “This is big news for our company.”

During her 25-year career at P&G, Drosos has been a key player in the company’s stellar rise to the top ranks of the global beauty industry. She was the architect of the transformation of Olay, which went from $200 million in sales to $2.5 billion, and was a main driver in the creation of the entire masstige category. She said her decision to leave the company, rather than relocate, was “one of the toughest” she has had to make. But Drosos said she could not bear to pull her two children — ages 13 and 15 — out of high school and move them around the world at such a critical stage of their lives.

“I am incredibly grateful to Gina for her contributions to the business,” McDonald said. “She has been an incredibly important leader behind Olay’s growth to the number-one facial moisturizer in the world.” In addition to building Olay into a $2.5 billion giant, he continued, “She built other brands like Secret, Cover Girl, Safeguard.”

Asked to identify her single strongest characteristic, McDonald replied, “I think of her as kind of like a velvet hammer. She is very strong leader, but she is able to deliver a strong message with great aplomb.”

McDonald asserted, “I wish her the absolute best in the next stage of her life and I’m going to help her achieve it.”

Drosos said she was proud of having helped transform those brands and others like Old Spice and Cover Girl. She also is proud of having had a hand in creating new product categories, like Smooth Finish Facial Hair Remover, that basically influenced how consumers approached beauty. As part of her legacy, she pointed to the successful executives she mentored both inside and outside of P&G and said she will miss the people, along with watching the affect P&G’s brands have on consumer habits. “Our brands become the fabric of people’s lives.”

Drosos praised her successor for having “a passion for building brands.” Indeed, during the last seven years, Henretta has generated a growth in sales of 12 percent a year in the Asian Grooming and Beauty business, with three P&G beauty brands— Pantene, H&S, and SKII— each chalking up annual sales of over $1 billion in Asia. McDonald added that Henretta “successfully led our baby care business before she went to Asia, and she has led our reorganization of Asia and done an extremely good job. Since she has already run a global business, like baby care, she’ll step in running.”

Reached in Singapore at press time, Henretta said her first order of business is to relearn and reacclimate to the North American business, where she spent most of her 27-year P&G career. She said a key task is to balance the U.S. business because of its large size with its Asian counterpart, which holds the key to the future. “The business at this point is a little bit bipolar,” she said. One of her goals is to strengthen the equities of the brands so she can enlarge their footprints. Olay has just been expanded to the Philippines and India. The SKII color business has been launched in Japan and the men’s segment has debuted in South Korea, Hong Kong and Taiwan, where “it has surpassed expectations twofold,” she said.

McDonald said the relocation plan was not influenced by recent criticism from Wall Street that was fueled by poor quarterly earnings results and challenges within the beauty business. “We think in terms of decades and longer,” he reiterated. “This is a plan we shared with our board some time ago. This is not any kind of knee-jerk reaction.”

The ceo also said he has no plans to name a beauty chief. “We’re always thinking about changing the organization structure to meet the needs of the business and utilize the talent that we have,” he said. “With the structure that we have today with two vice chairmen, we feel pretty good about the lack of hierarchy and the flattening of the organization. So I don’t anticipate anymore elaborate changes.”

The reaction from Wall Street cast the relocation as part of P&G’s ongoing realignment. Bill Chappell, an analyst at SunTrust Robinson Humphrey, also alluded to P&G’s plans to move its fabric care business to Geneva, and its baby care business to Singapore. “It shows that P&G is trying to be more of a global company. And that the company thinks its opportunity is in Asia.”