To meet the needs of Black and mixed-race consumers, six entrepreneurs who have launched everything from an app for at-home hairstyling to skin- and hair-care products.

Shockwaves are reverberating around the world, across all societies and industries, including beauty, due to George Floyd’s killing in May.

The reactions take many forms — perhaps the most palpable being demonstrations. As anti-racism protests rip through the U.S., so, too, are they making a mark in Europe.

In France, for instance, thousands of people demonstrated in Paris last weekend. On June 13, they took to the streets in response to Floyd’s killing and the Black Lives Matter movement, as well as to long-standing domestic tensions between police and people of color.

Protesters took a knee on June 9 in the French capital and held eight minutes of silence in memory of Floyd. This came following two days of marches against discrimination throughout the nation.

Over in Rome’s Piazza del Popolo, or People’s Square, on the morning of June 7, hundreds of protesters participated in eight minutes of silence honoring Floyd. A few hours later, hundreds in Milan voiced their anger against systemic racism, holding signs reading the likes of “How many weren’t filmed” and “Not one more.”

There have been other protests in Italy, as well as a major swell of solidarity in European countries such as the U.K. and Germany in recent weeks.

Concurrently, all businesses are honing in on diversity — or their lack thereof — and beauty is not exempt. Globally, the industry is looking to actively hire more Black employees, and many beauty retailers are committing themselves to increasingly stocking brands launched by racially diverse executives.

In Europe, there is a growing number of pioneering Black female entrepreneurs in the beauty space. Here is a look at a few. 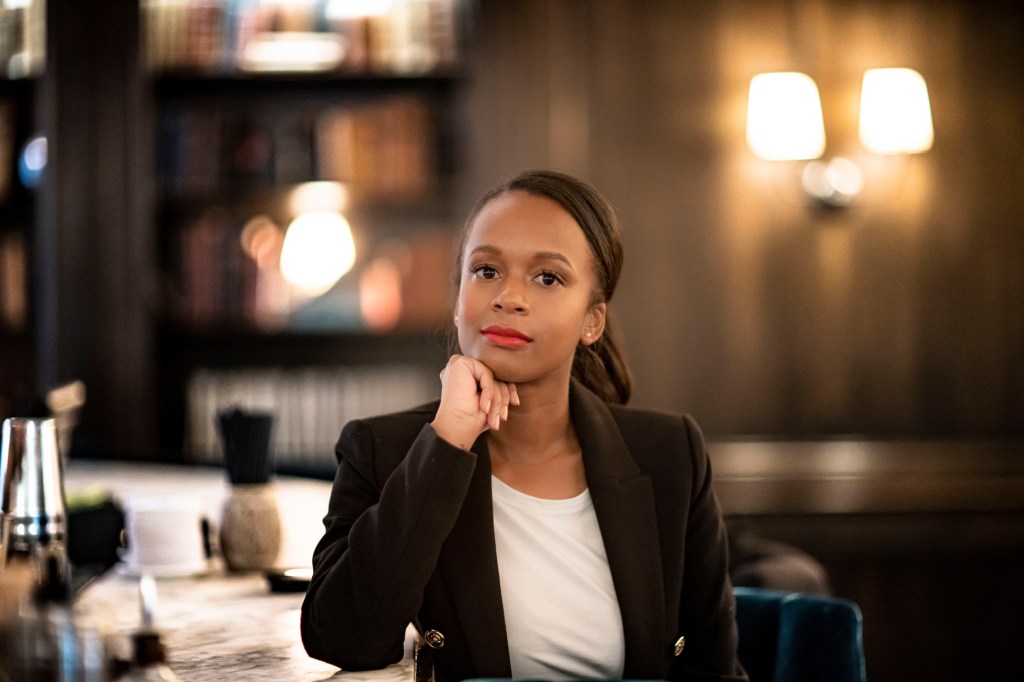 Positioning: Cathline recognized that most women of color in France do not have access to a salon specializing in their type of hair. So she and Emmanuel Derozin, chief technology officer, launched the Ma Coiffeuse Afro application to help Black and mixed-race women easily book stylists for at-home appointments and learn about products meeting their needs.

Her platform, which involves more than 300 stylists available daily, has built up a significant following, especially among Millennials. To date, Ma Coiffeuse Afro has 130,000 users and 172,000 Instagram followers, while its site counts around 10 million page views in total and 360,000 monthly views.

The brand has also recently expanded with a product range, introducing in October 2019 In Haircare, vegan ingestibles billed to help grow and fortify hair. The product was co-created with Ma Coiffeuse Afro’s community. A bottle of 60 capsules is priced at 29.90 euros. 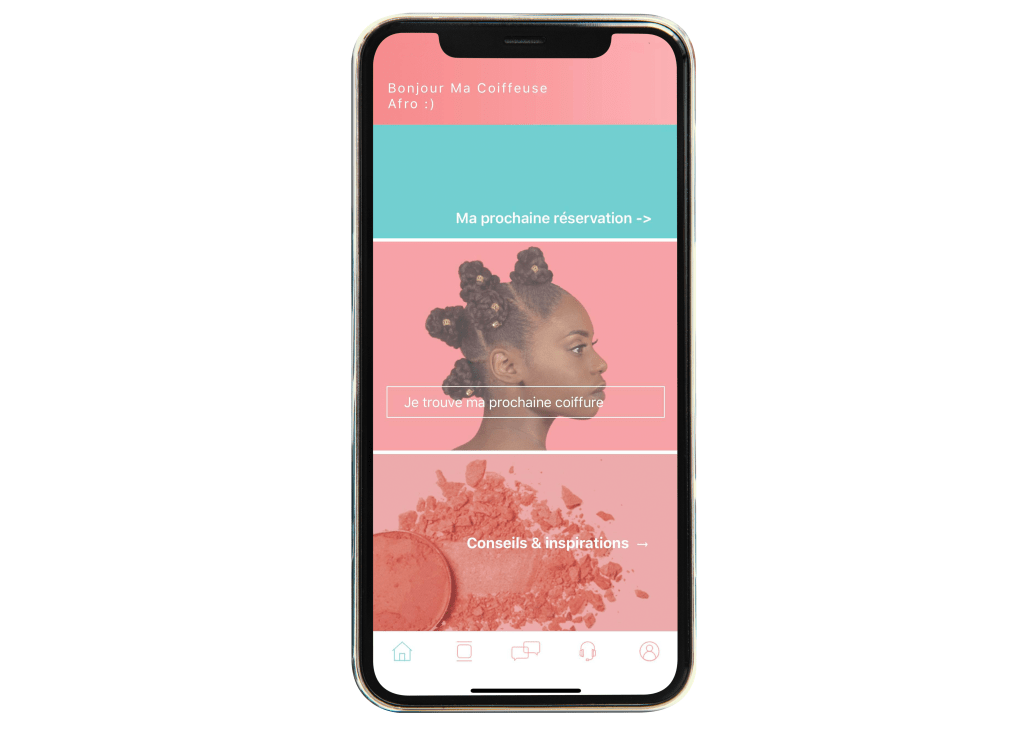 Sold in: The app service is available in France, while In Haircare is sold there and in Senegal.

Up next: In Haircare is to be introduced in the Ivory Coast before being rolled out elsewhere in Africa. The brand is also preparing other launches, such as in the U.K. 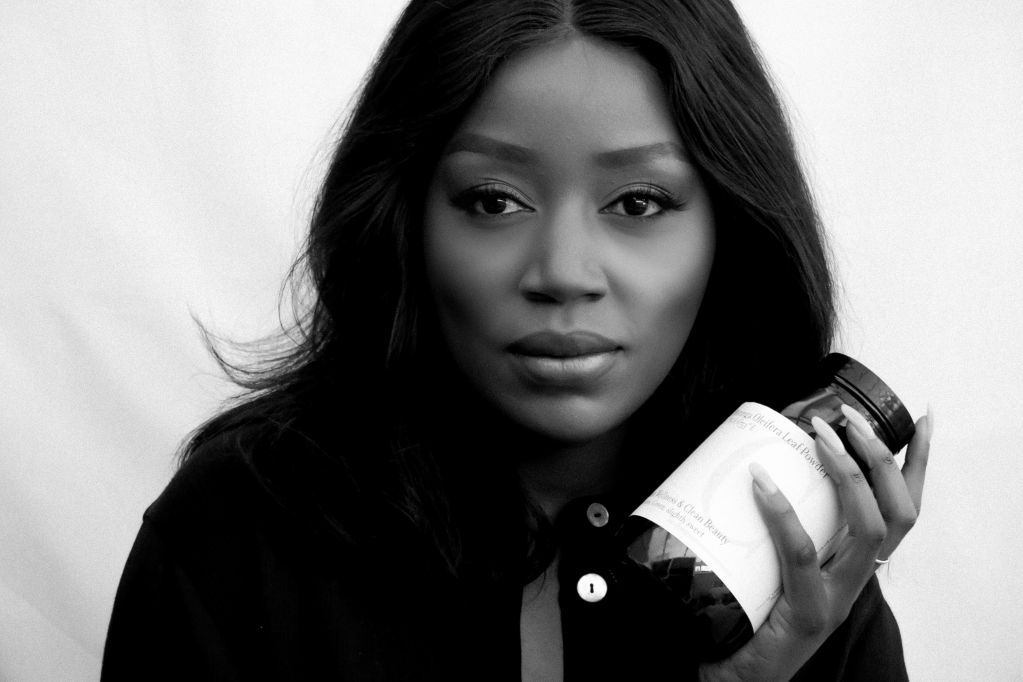 Positioning: Defined by its founder as “an eco-luxury African wellness and clean beauty solutions company for BIWOC living within the diaspora and across Africa,” the skin-care brand celebrates African-native holistic practices passed down through generations. It centers on the concept of Ubuntu — the belief that people exist in an eco-community in which humans, animals and the natural world share a holistic and sacred bond.

The brand’s product is a powder made from the Moringa Oleifera plant, which boasts antioxidant and multivitamin properties, and has been used for centuries in traditional medicine for its antiviral, antidepressant and anti-inflammatory benefits. It’s applied as a face and body mask or used as food supplement. Do-it-yourself beauty and food recipes using the plant are available on the brand’s web site.

Sold in: The product is available in the U.K., Europe and the U.S.

Up next: Launches in July will include a hair-and-body product, as well as an at-home product. The second release of the brand’s signature natural supplement for Black, indigenous and women of color will be available this fall, and A Complexion Company is to enter Africa and Australia by yearend. 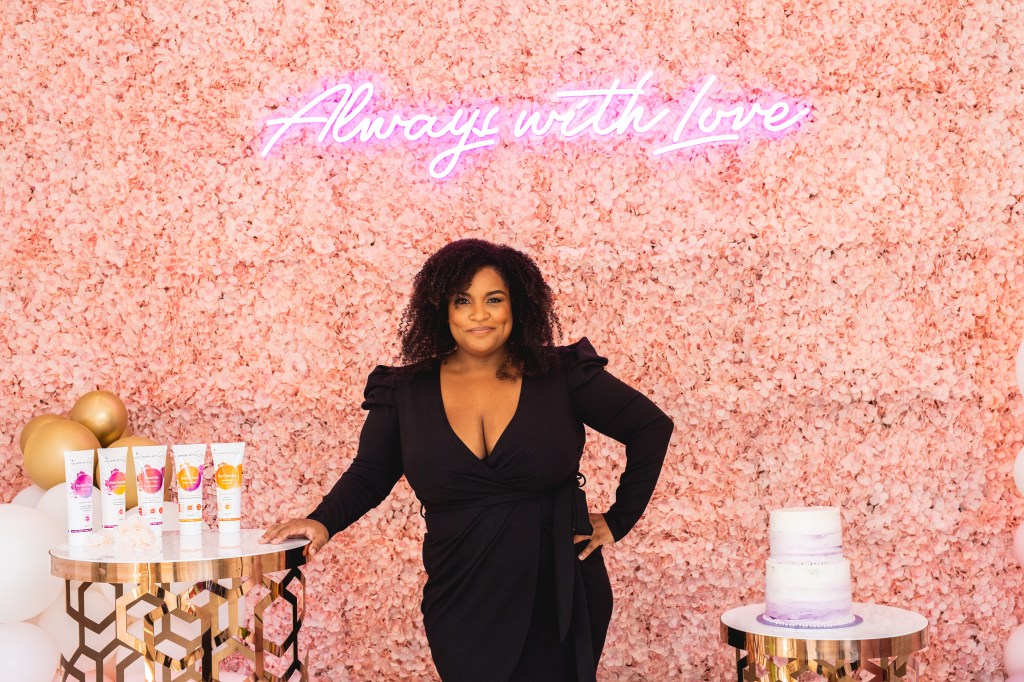 Positioning: Massol set out to produce products for naturally textured hair after having learned about plant-based ingredients from her grandmother and launching a forum in 2005 through which she was in touch with more than 15,000 women to find out about the composition of their daily hair-care products.

After creating DIY products, Massol launched her own line comprised of items containing 98 percent natural ingredients, replete with a suggested four-step routine of how to use them. The range includes shampoos, conditioners, styling products and accessories. The average price for a Les Secrets de Loly product is 17 euros. 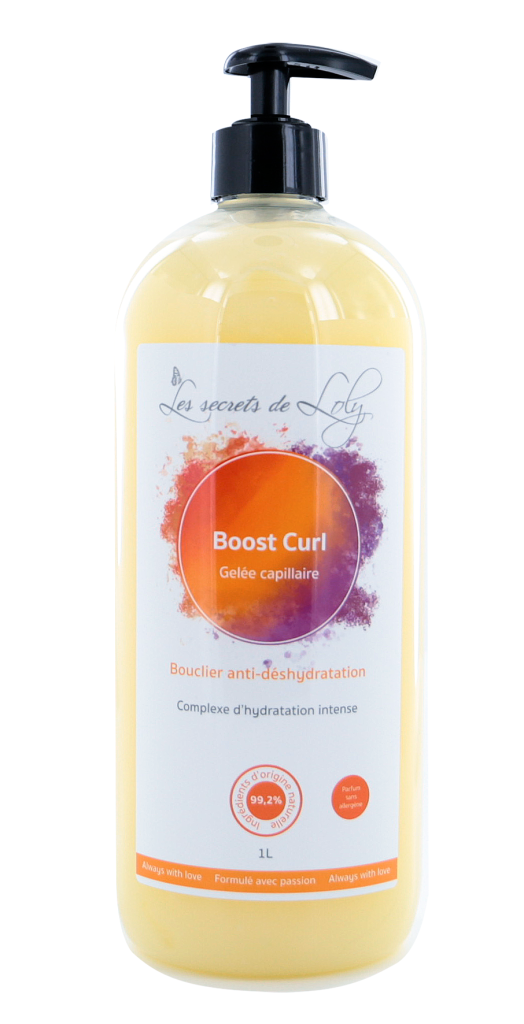 Sold in: The brand is carried in about 500 sales points, including online through Les Secrets de Loly’s own e-boutique, its showroom in Paris’ 12th arrondissement and other locations across France, Belgium, Luxembourg, Germany, Italy, the U.K., Canada, Senegal, Martinique and La Réunion.

Up next: Les Secrets de Loly is in the midst of rolling out to hair salons — it’s entered 100 since February — and will pursue further international expansion in 2021. 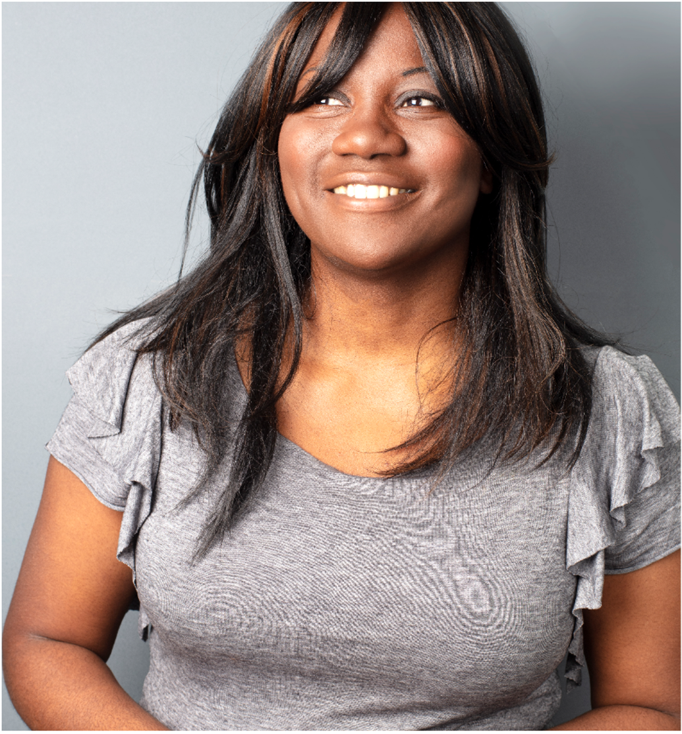 Positioning: Freya + Bailey’s goal is to help customers manage the damaging impact of stress, air pollution, UV radiation and other modern-day realities on skin radiance and vitality via natural and vegan skin-care products. These are also formulated with calming, therapeutic aromas meant to destress minds as well as skin. Mindful packaging, online skin consultations, charity initiatives and a carbon-offset program are also part of the label’s ethos. Prices for the wide range of face and body products run from 11 pounds for cleansers to 50 pounds for face serums. 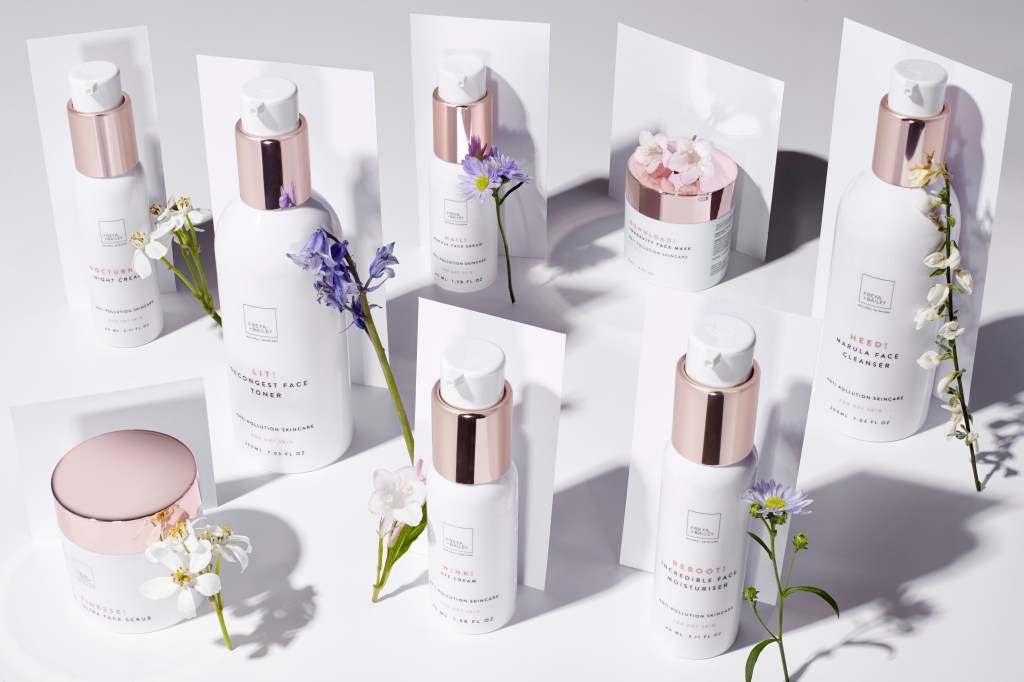 Sold in: Freya + Bailey is in the U.K. and Europe via online stores. The brand’s e-commerce platform ships worldwide.

Up next: In addition to upcoming product launches in the wellness space, the brand will soon roll out in brick-and-mortar stores in United Arab Emirates and in John Lewis department stores in the U.K. in December. 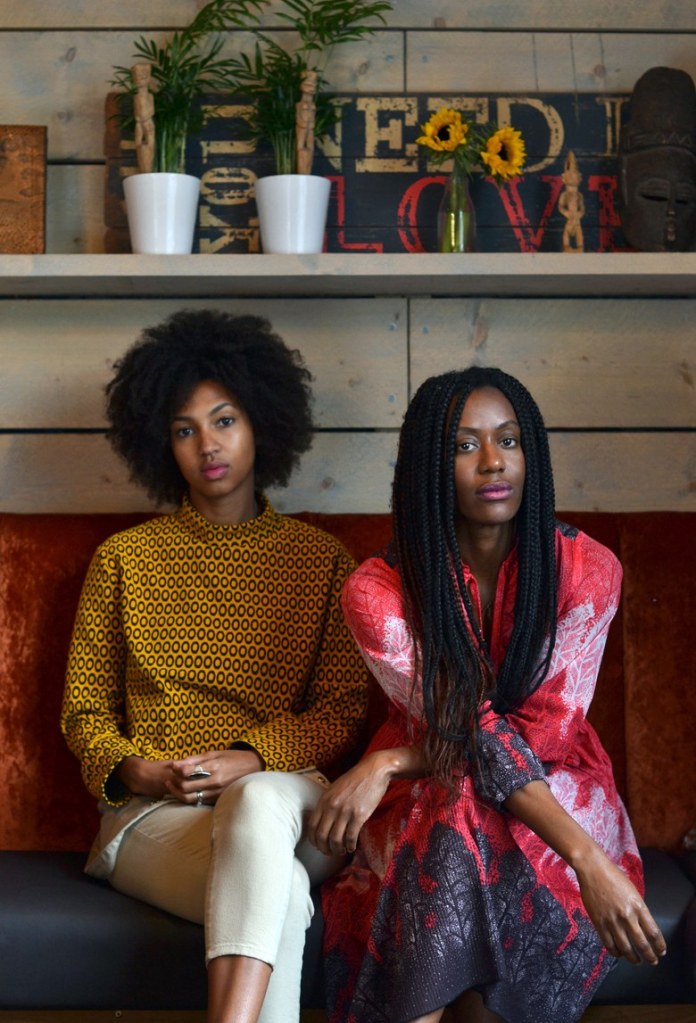 Standouts include jars of Nigerian or Ghanaian Shea butter to be applied as multipurpose moisturizers for all skin types on dry areas, stretch marks and scars, and can be used as a base for DIY natural cosmetics. There’s the Idan Oil made with cold-pressed coconut oil into which a tuberose flower has been immersed, which can be used for facial or body treatments as well as a leave-in conditioner. The Queen Idia candle made of coconut wax is blended with notes of geranium, lavender and hibiscus. Prices for the line range from 15 pounds to 39 pounds. 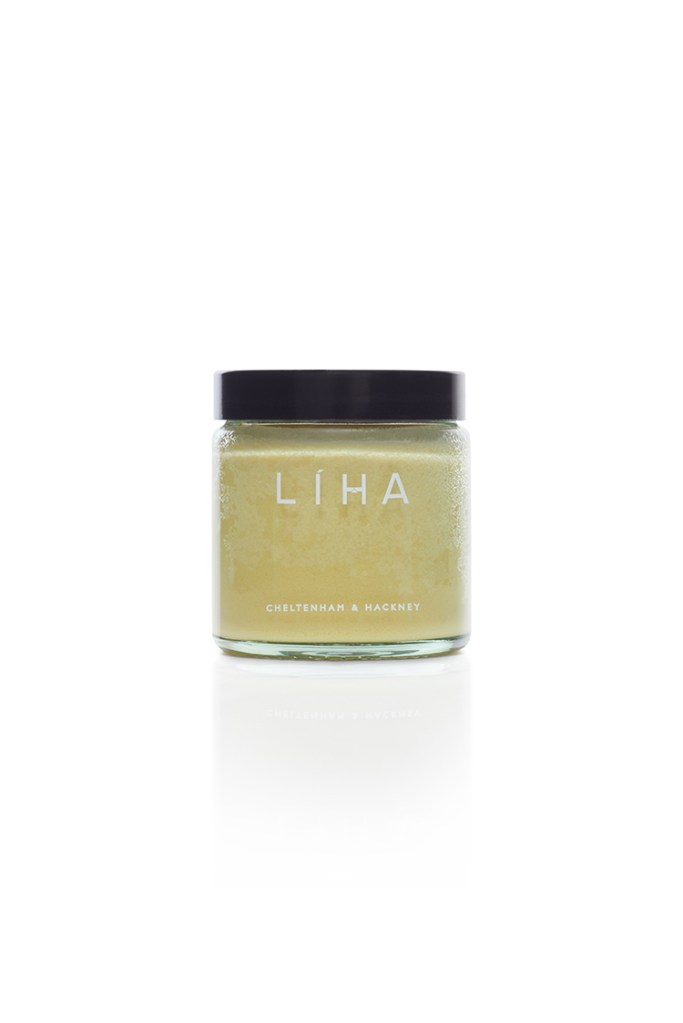 Sold in: Liha Beauty is carried in countries around the world through the brand’s own e-commerce and via stockists, including Net-a-porter. The brand’s top markets are the U.K. and U.S.

Up next: A facial range will launch in fall. There is to be a further expansion into the U.S., as well as a ramping-up of the brand’s the e-commerce platform and its direct-to-consumer approach.

Liha Beauty will be looking to secure a second round of funding, after an initial round closed last year. 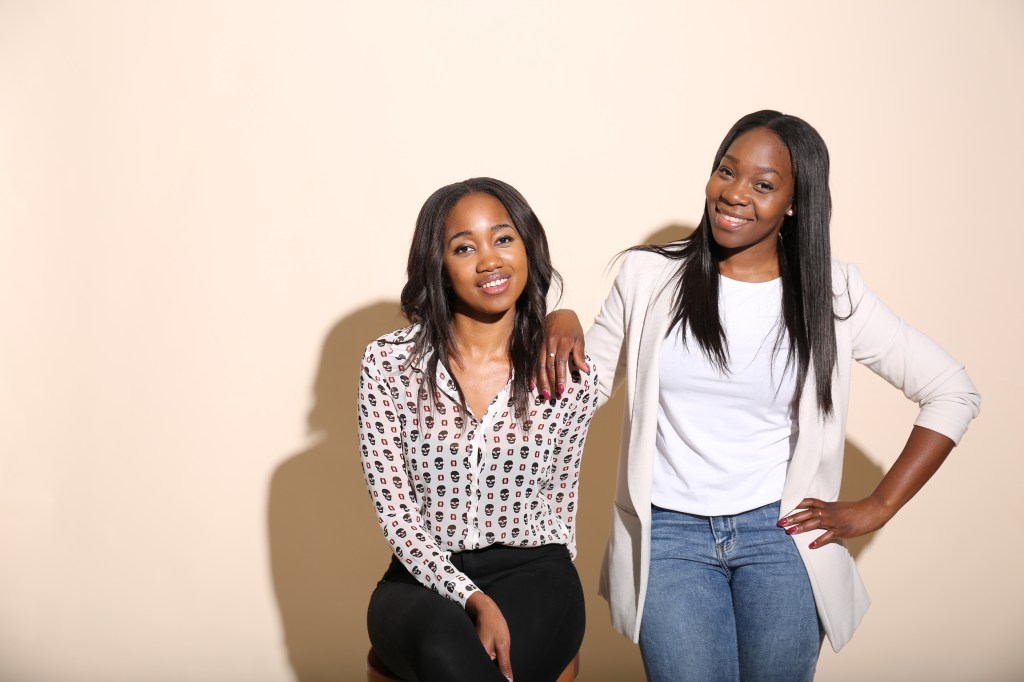 “I was on a trip to Congo and met with a group of women who told me how hard it was to find quality beauty products for them,” said Muongo. “I created a Facebook page to open a conversation around this topic, and very quickly, our audience grew to thousands of women, who were telling us about the lack of skin-related cosmetics in their city.”

So she and Djimtoloum chose to launch the brand with one product: Matifying Liquid Foundation, which is water-based with zinc powder and allows for buildable coverage.

At launch, more than 10,000 women were on the product’s waiting list.

The foundation comes in five shades, with the 30-ml. bottle selling for $25. 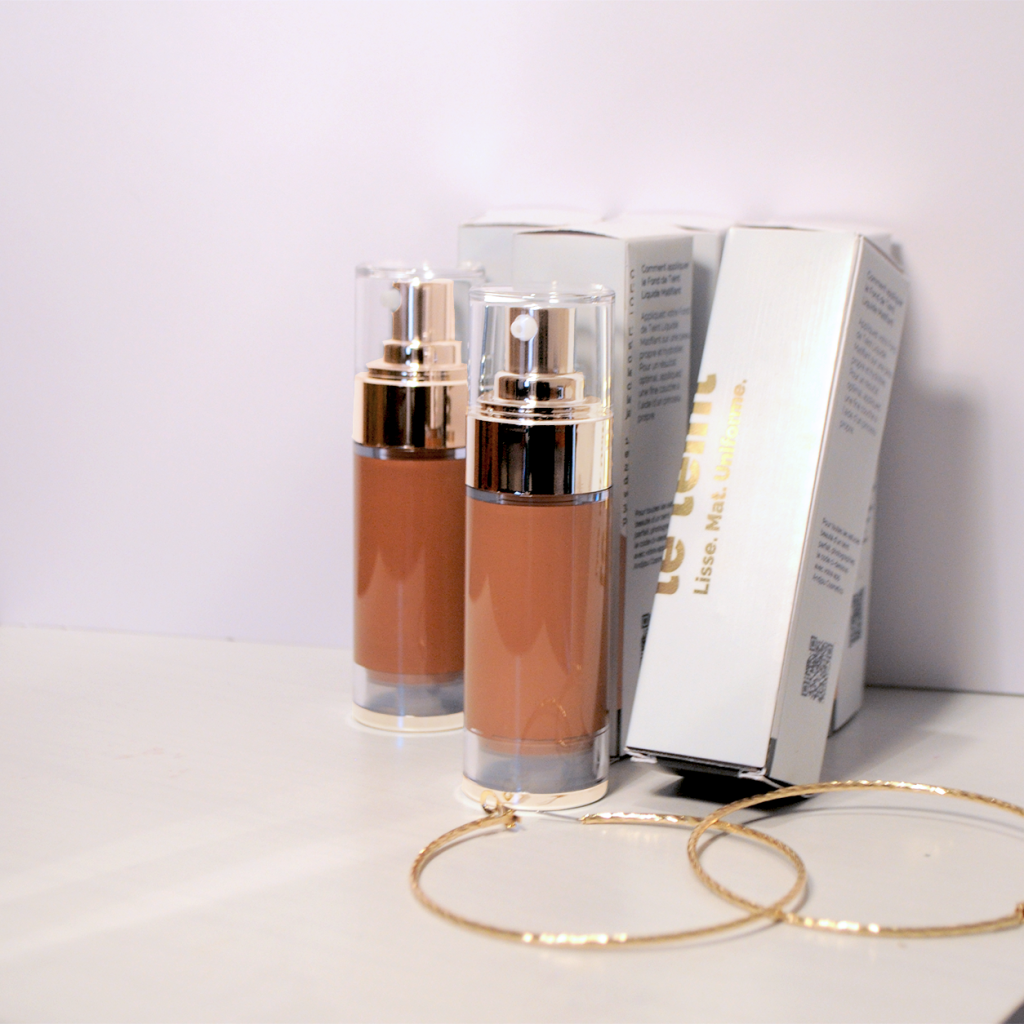 Up next: Andjou Cosmetics is expected to expand into Nigeria and Ghana, and to introduce another product by December.